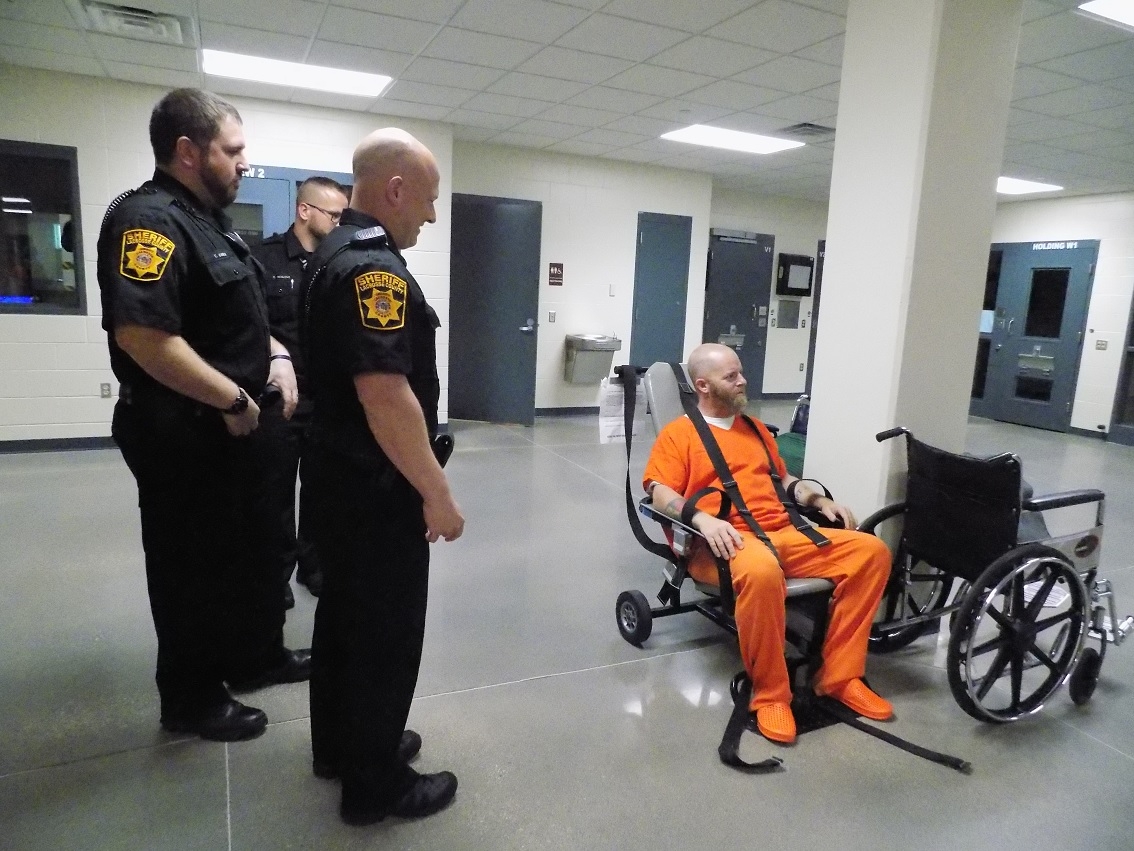 Elvis used to sing ‘Everybody in the whole cell block was dancing to the jailhouse rock.’

This time, however, it was La Crosse County sheriff’s officers who were dancing and lip-syncing, getting in on the #LipSyncChallenge that’s spreading on social media.

A production company came to the county jail to make the video, with the cops playing themselves, and some well-known locals playing prisoners.

Some La Crosse celebrities dressed in jailhouse orange Monday and gathered at the county lockup to help the sheriff’s department film scenes for the video.

The prisoners for a day, from educators and government leaders to TV anchors and radio DJs, appeared to enjoy their jail experience — most of them, anyway.

“I mentioned, I got claustrophobia,” Mike Desmond with the Boys and Girls Club of the Greater La Crosse Area said. “So, when that door shuts, I start getting nervous. I start sweating. So, this isn’t a place I want to spend too much time.”

Chief Deputy Jeff Wolf says it was easy getting the celebrities to volunteer their time, along with the off-duty officers.

“We knew some that were a little more talented than others,” he said. “We called some on their days off. They all volunteered their time. Absolutely no time to any of the taxpayers for doing this.”

Judge Elliot Levine also is scheduled to make a cameo appearance, as himself, in the courtroom.

Desmond also talked about how these things help normalize police officers, something he sees important with youth.

“We’ve done this at the Boys and Girls Club,” he said. “We have police officers coming to the club all the time. And, again, it’s changing the whole image of what a police officer is. He’s not a bad guy. He’s trying to help people. The more we can do to create that image, the better we are as a community.”

Here’s the lip-sync challenge from the Olmstead County Sheriff’s Office.

#LipSyncChallenge!!! We’ve seen so many great lip sync challenge videos posted from law enforcement agencies across the country… we had to get in on the action! A HUGE THANK YOU to everyone who helped make our video possible! Music credits: – Twist and Shout by The Beatles – Oh Yeah by Yello