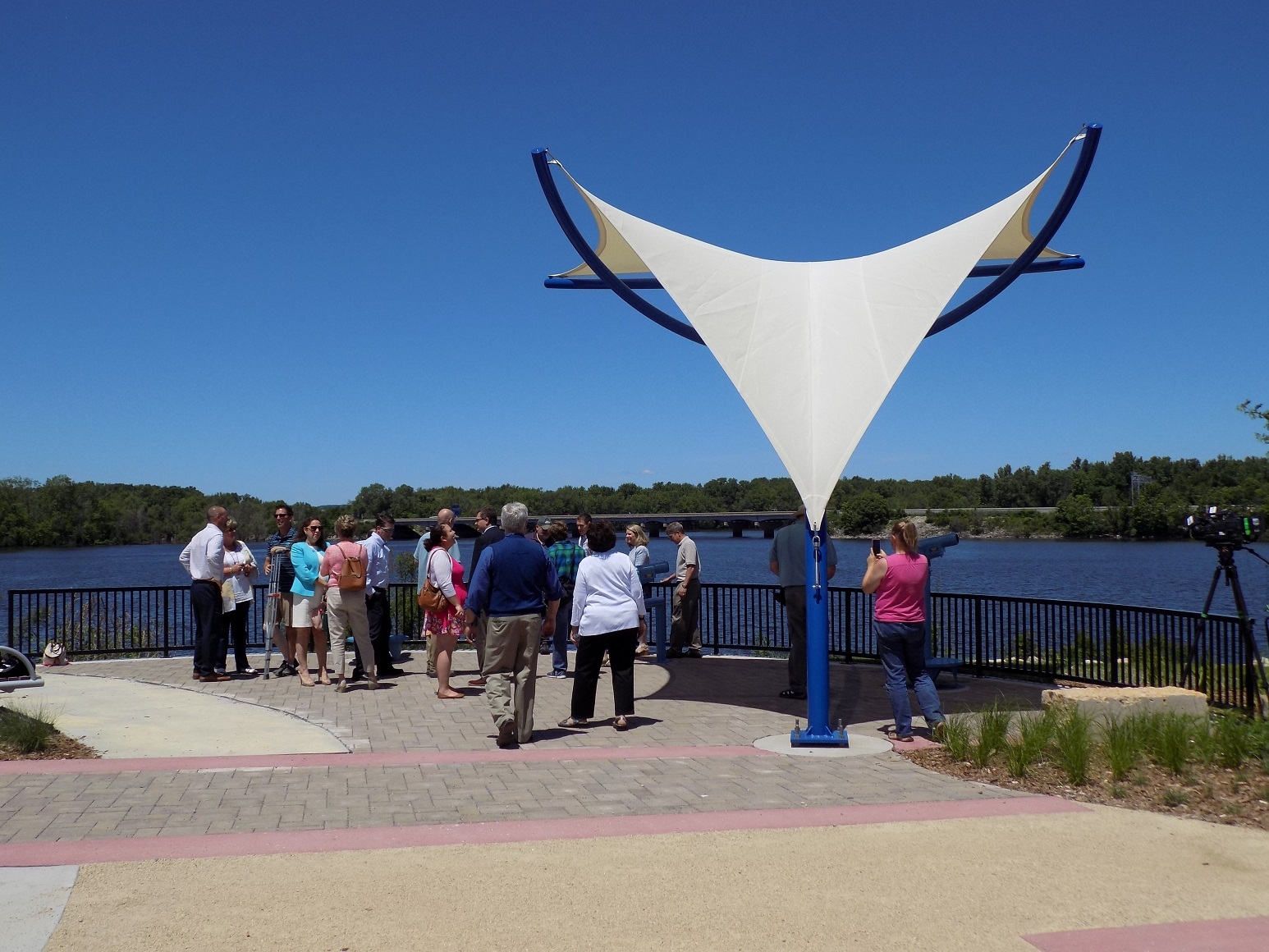 A project at least 10 years in the making was dedicated on the north side of La Crosse.

Mayor Tim Kabat led political and business leaders Wednesday in a ribbon-cutting ceremony for the new ‘eagle viewing area’ along the Black River.

The mayor says persistence by many people within La Crosse made the viewing area a reality.

State Senator Jennifer Shilling said the new development should help increase local tourism, which is a $200-million-a-year industry in the La Crosse area.

The viewing area was part of the Highway 53 improvement plan.

Northside businessman Nick Roush said the wayside represents an “awesome collaboration” between government and other segments of the La Crosse community.

Eagle watching on the Black River has been a favorite activity there for years.

State rep. Jill Billings of La Crosse said she doesn’t remember seeing any eagles along the river when she was growing up. Billings added that naturalist Rachel Carson didn’t find very many eagles, either, during a study of the Mississippi Valley about 50 years ago.

“They counted 59 eagles at one point,” Billings told the audience. “That’s it. Now we have 5,000 eagles up here, up and down the Mississippi River.”

The new rest area along Rose Street, equipped with telescopes, was developed as part of the $65 million makeover.