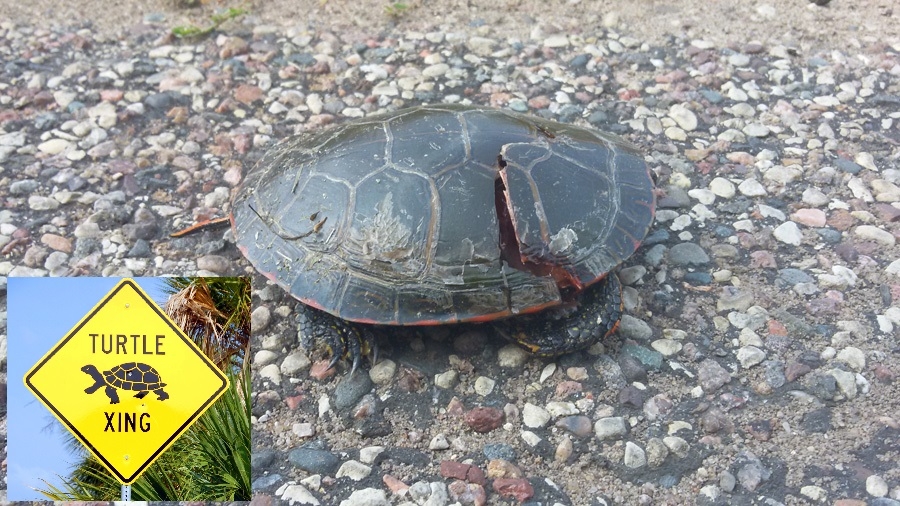 Where turtles cross busy roads can be pretty deadly for the hard-shelled reptiles.

May and June are the big turtle road crossing months in Wisconsin. Nesting season can last through July for the reptiles. Oftentimes, it’s the same spot over and over again, says Wisconsin DNR conservation biologist Andrew Badje. Turtles tend to be creatures of habit.

La Crosse tends to have one of the higher levels of turtle crossing sightings, especially near the Mississippi River.

That is why the city is considering installing more turtle crossing signs on the south side. Those signs actually help, says DNR wildlife biologist Andrew Badje.

“If the city or different road agencies do want to put up road crossing signs or even paint stencils on the ground, just to kind of educate the public to be careful this time of year, there are a lot of turtles crossing,” Badje said.

Badje defers to the Wisconsin DOT and local governments on deciding where the turtle crossing signs are appropriate. La Crosse tends to have one of the higher turtle crossing rates in the state.

Badje says manually helping those turtles cross isn’t bad, either. Usually, it’s best to move them to the side of the road they were facing — carefully.

Along with helping the turtles directly, the Wisconsin DNR’s conservation biologists are asking citizens to submit their turtle sightings, with an emphasis on road crossing hot spots. Report sightings to the Wisconsin Turtle Conservation Program here.