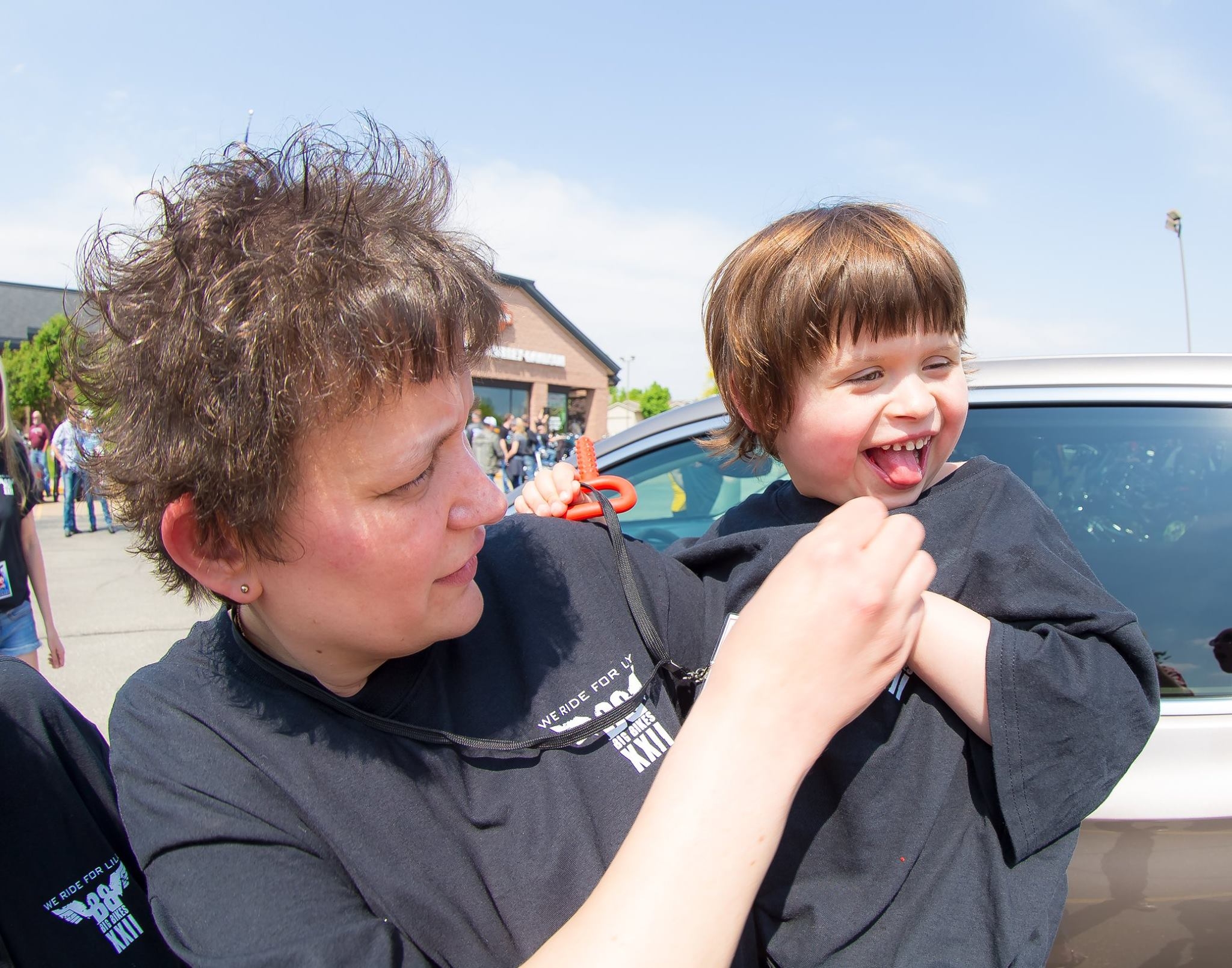 A very successful benefit for a very lucky little girl.

That’s the outcome for last weekend’s Big Bikes for Little Tikes ride through the Coulee Region.

Hundreds of bikers turned out and, with final numbers in, organizers at 95.7 The Rock and the Rock Foundation told WIZM they were able to raise enough to send the West Salem family of 6-year-old Lilly Path to Disneyland.

“It was amazing,” Lilly’s mother Joan Path said of the event. “ We were just shocked at how many people were there that never even knew Terry or I. We were just in awe. We couldn’t believe it.”

Joan Lilly and dad, Terry, will go to Disneyland, along with an additional amount from the benefit to use to provide Lilly with an adaptive way to accompany them on bike rides — that’s bicycle, not motorcycles like the one that helped send her to see Mickey and the gang.

Lilly has faced significant health challenges so far in her young life and continue to do so, though Joan says she continues to be joyful and embraces social events.

Lilly was born with holes in her heart and had to have two open-heart surgeries just weeks after birth.

She also has an extremely rare chromosome disorder. She’s only the seventh child to have been diagnosed with the disorder and doctors are unsure of her life expectancy.

“The first couple of years of her life she was in and out of the hospital,” Joan Path recently told WIZM. “I would say nine or 10 times a year, we were in the hospital.”

But she’ll get to go to Disneyland thanks to Big Bikes and Joan admits, Lilly doesn’t even know what’s in store for her yet.

“She doesn’t understand, I don’t think, going to Disneyland,” she said. “But once we get there, and she goes on the rides, she’ll get excited.

“She loves that. She loves interacting with other people and things like that.”

Check out the entire photo album of the event here.