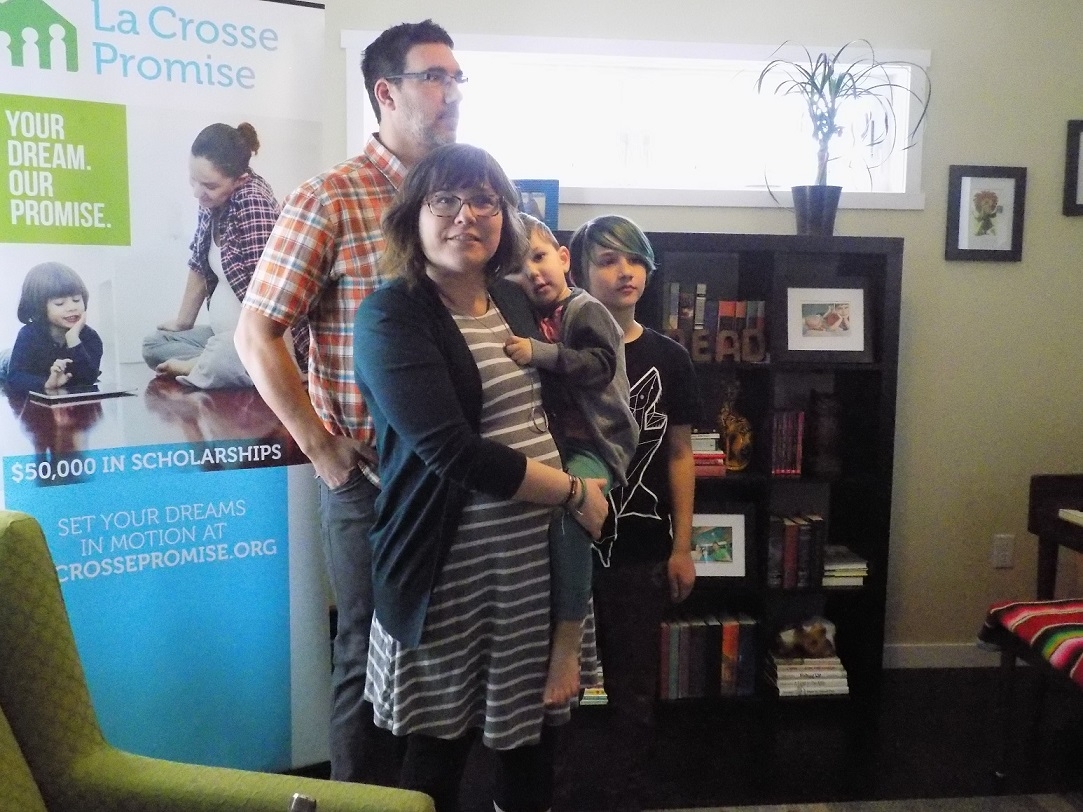 One block of 7th St. in La Crosse will soon have three, newly-built homes in a row. It’s all part part of the La Crosse Promise development effort.

The Wacek family, who recently moved from Rice Lake, Wis., was welcomed into its new home on that block Monday by Promise supporters.

“We thought this idea, ‘We’ll buy, tear down homes and we’ll try and sell the lots,'” Gregerson said. “Back then, people told us we couldn’t do it and nobody would ever want to buy a city lot. Being here today, it’s so exciting.”

It was the 10th Promise home in La Crosse, and the first this year, welcoming a family with help from local government.

Jerry and Dawn Wacek began building their new home more than a year ago, with college scholarships as an incentive.

The Waceks thought they would try to buy an existing new home but found that those houses were selling very fast. That led them to seriously consider the Promise development plan.