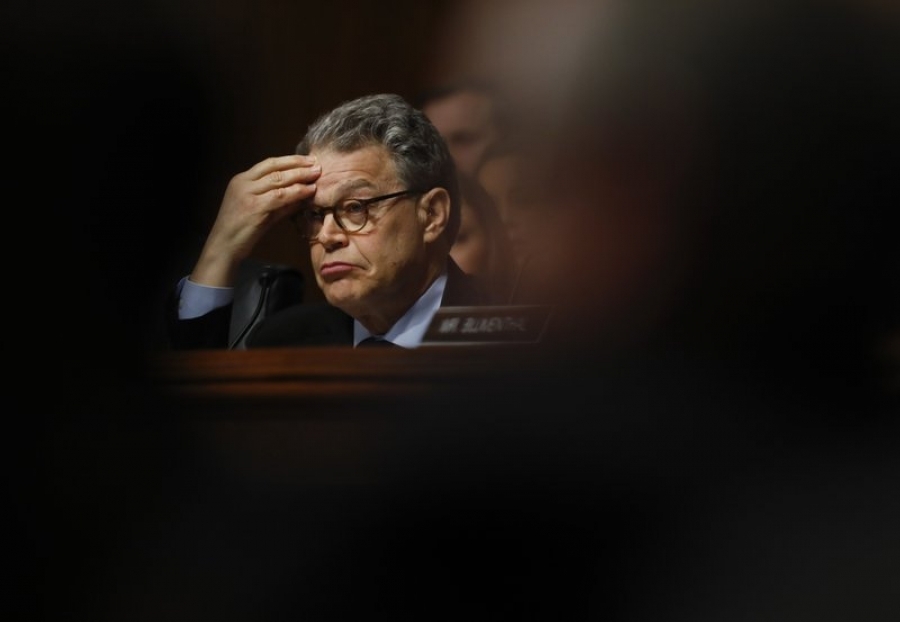 Says allegations are mostly untrue, others he remembers “quite differently.”

WASHINGTON — Minnesota Sen. Al Franken announced Thursday he will resign from Congress in the coming weeks following a wave of sexual misconduct allegations and the collapse of support from his Democratic colleagues, a swift political fall for a once-rising Democratic star.

“I may be resigning my seat, but I am not giving up my voice,” Franken said in the otherwise-hushed Senate chamber.

Franken quit just a day after new allegations brought the number of women alleging misconduct by him to at least eight.

Wednesday morning, one woman said he forcibly tried to kiss her in 2006, an accusation he vehemently denied. Hours later, another woman said Franken inappropriately squeezed “a handful of flesh” on her waist while posing for a photo with her in 2009.

“I know in my heart that nothing I have done as a senator — nothing — has brought dishonor on this institution,” Franken declared Thursday.

Franken, the former comedian who made his name on “Saturday Night Live,” had originally sought to remain in the Senate and cooperate with an ethics investigation, saying he would work to regain the trust of Minnesotans.

“Some of the allegations against me are simply not true,” Franken said Thursday. “Others I remember quite differently.” Still, he said he could not both cooperate with an investigation and fully carry out his duties to his constituents.

Franken had gained respect as a serious lawmaker in recent years and has even been mentioned in talk about the 2020 presidential campaign.

Franken noted that he was being forced out while President Donald Trump — who has been accused of worse offenses and bragged on a leaked “Access Hollywood” videotape of grabbing women by their genitalia — emerged unscathed.

Trump has also endorsed Alabama GOP Senate candidate Roy Moore, who has been accused by multiple women of sexual misconduct with them when they were teens and he was a deputy district attorney in his 30s.

“I, of all people, am aware that there is some irony in the fact that I am leaving while a man who has bragged on tape about his history of sexual assault sits in the Oval Office and a man who has repeatedly preyed on young girls campaigns for the Senate with the full support of his party,” Franken said.

The winner of a special election in November 2018 would serve through the end of Franken’s term in January of 2021. Among the possibilities is Lt. Gov. Tina Smith.