Petitions to get corporate money out of politics submitted tonight, pushing for April vote 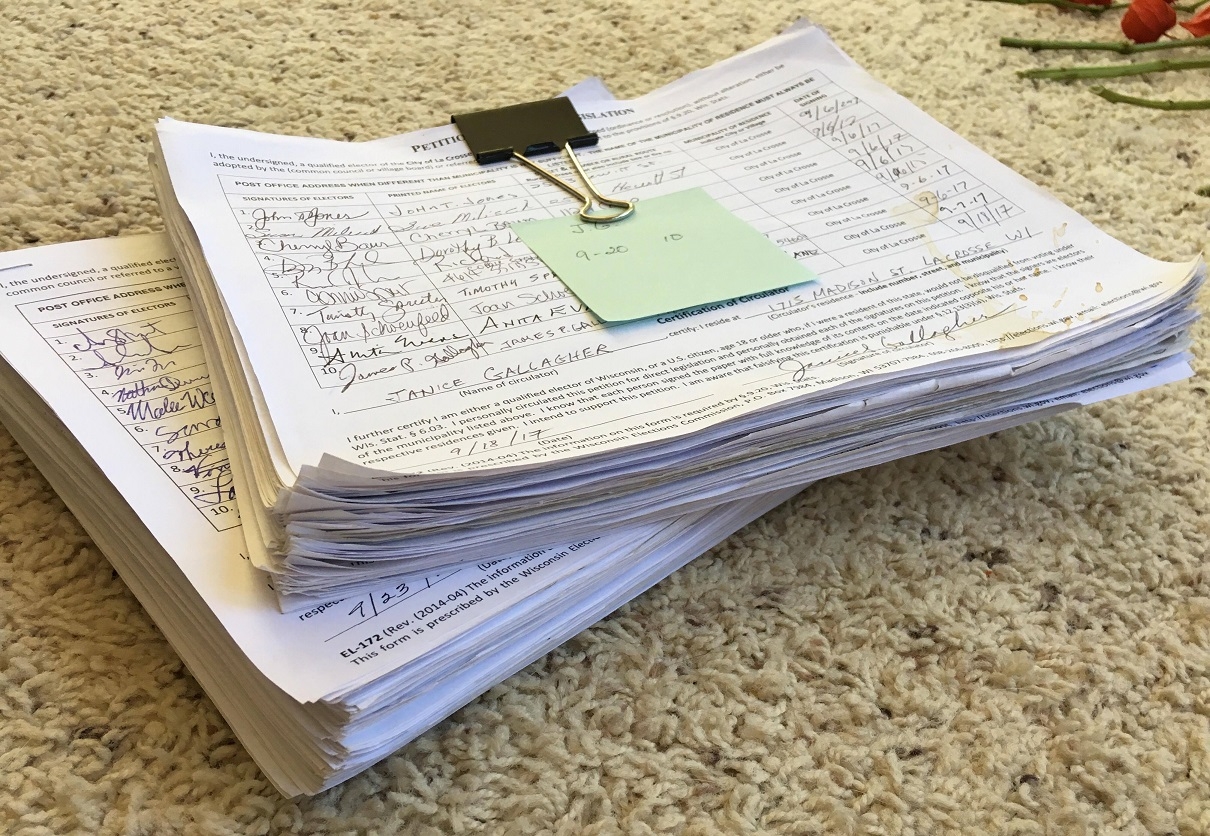 Thousands of petitions to get corporate money out of politics get delivered to a La Crosse city council committee tonight.

The committee is the first stop that a group wants for a resolution pushing for a constitutional amendment on limiting the influence of those corporate dollars in politics.

More than 100 municipalities in Wisconsin have already passed the resolution, and more than 700 nationwide, according Pan Knudtson with Wisconsin United to Amend – La Crosse, the group that’s delivering the petitions. On top of that, 19 states have also held successful ballot measures supporting the cause.

Knudtson said the eventual goal is to get a ballot measure in front of voters in April.

“We really want to emphasize that this is nonpartisan because places where it’s been passed, it’s been passed by 75-80 percent of the people who have a chance to vote on it,” she said.

Knudtson sees the issue as really impactful if it gets on the ballot.

“The more people that see that on the ballot,” she said, “the more they will question it if they don’t understand it, consume moore knowledge, look out there and realize there are lots of places that are working on the same thing.”