Franken accused in assault during USO tour in 2006 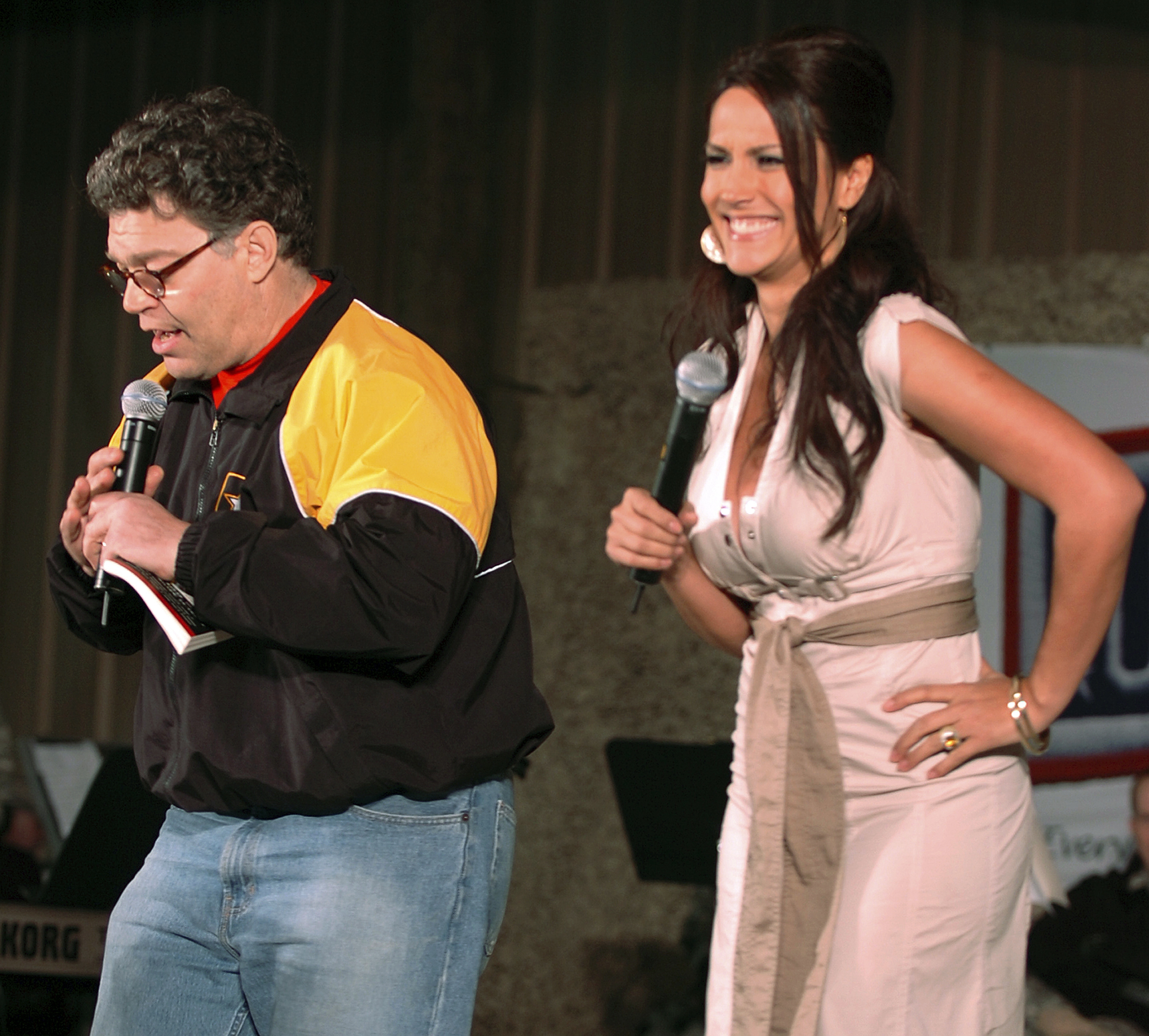 Franken: “Disgusted with myself”

WASHINGTON — Minnesota Sen. Al Franken apologized Thursday and faced a likely Senate ethics investigation after a Los Angeles radio anchor accused him of forcibly kissing her during a 2006 USO tour. Fellow Democrats as well as Republican colleagues called for an investigation.

Leeann Tweeden also accused Franken of posing for a photo with his hands on her breasts as she slept, while both were performing for military personnel two years before the one-time comedian was elected to the Senate.

Tweeden posted the allegations, including the photo, on the website of KABC, where she works as a news anchor for a morning radio show.

Tweeden said Thursday that Franken was persistent, and “every time I see him now, my hands clench into fists.”

Still, she said she has no reason not to accept his apology, and is not calling for an ethics investigation or for Franken to resign. She told a news conference in Los Angeles that she came forward hoping to inspire others to tell their stories.

Senate Democratic Leader Chuck Schumer called the allegations “troubling” and said he hopes and expects that the Senate Ethics Committee will investigate.

“Sexual harassment is never acceptable and must not be tolerated,” Schumer said.

Franken’s fellow Minnesota Democrat, Amy Klobuchar, said, “This should not have happened to Leeann Tweeden. I strongly condemn this behavior, and the Senate Ethics Committee must open an investigation.”

Franken initially released a brief statement in which he apologized but questioned Tweeden’s recollection of his behavior during their rehearsal for a skit. In a longer statement Thursday afternoon, he again apologized while maintaining that he remembered the rehearsal differently.

“While I don’t remember the rehearsal for the skit as Leeann does, I understand why we need to listen to and believe women’s experiences,” he said. “Coming from the world of comedy, I’ve told and written a lot of jokes that I once thought were funny but later came to realize were just plain offensive.”

Of the photo, Franken said: “I look at it now, and I feel disgusted with myself. It isn’t funny. It’s completely inappropriate. It’s obvious how Leeann would feel violated by that picture.”

Senate Democrats reacted swiftly and with one voice to the allegation that came as Republicans are grappling with allegations of molestation against Republican Senate candidate Roy Moore in Alabama.

Senate Majority Leader Mitch McConnell, who has said Moore should step aside, quickly said the Senate should look into Franken.

“With all credible allegations of sexual harassment or assault, I believe the Ethics Committee should review the matter,” McConnell said.

Franken said he welcomed the investigation.

Some of the more forceful statements came from the Senate’s Democratic women.

Claire McCaskill of Missouri said she was “shocked and concerned” at the allegations. “The behavior described is completely unacceptable. Comedy is no excuse for inappropriate conduct, and I believe there should be an ethics investigation,” McCaskill said.

Patty Murray of Washington state said she was glad Franken had apologized but “that doesn’t reverse what he’s done or end the matter.”

Tweeden told The Associated Press that Franken wrote a skit for the pair that was filled with “sexual innuendo,” and that he had brought a woman’s thong as a prop that he waved around during their performance. Part of the skit included a kiss, she said, and he insisted they practice during a rehearsal despite her protests.

“We did the line leading up to the kiss and then he came at me, put his hand on the back of my head, mashed his lips against mine and aggressively stuck his tongue in my mouth,” she wrote.

The photo that she included was taken on the trip home from Afghanistan. Franken is shown grinning and staring at the camera while reaching out as if to grope Tweeden’s breasts as she sleeps. Tweeden said she didn’t discover the photo until she returned home.

Speaking on her radio show Thursday morning, Tweeden said she didn’t come forward with the allegations sooner because she feared her career, including a stint as a swimsuit model, would lead others to discount her story.

“I felt belittled. I was ashamed. I’ve had to live with this for 11 years,” she said on-air. “Somehow it was going to be my fault. It was not going to be worth the fight.”

Franken is a longtime comedian and “Saturday Night Live” writer who won a Minnesota seat in the Senate after a lengthy recount in 2009.

He drew criticism during his first Senate campaign for joking about rape while discussing a sketch idea during his days at NBC-TV. Franken said then that he regretted some of the things he had written, and said he respected women “in both my personal and professional life.”

Franken is the latest person swept up in sexual harassment allegations that have mushroomed since Hollywood figure Harvey Weinstein was hit with multiple allegations.

Tweeden said the surge of people coming forward with their own experiences of sexual harassment or assault encouraged her to go public with her account.