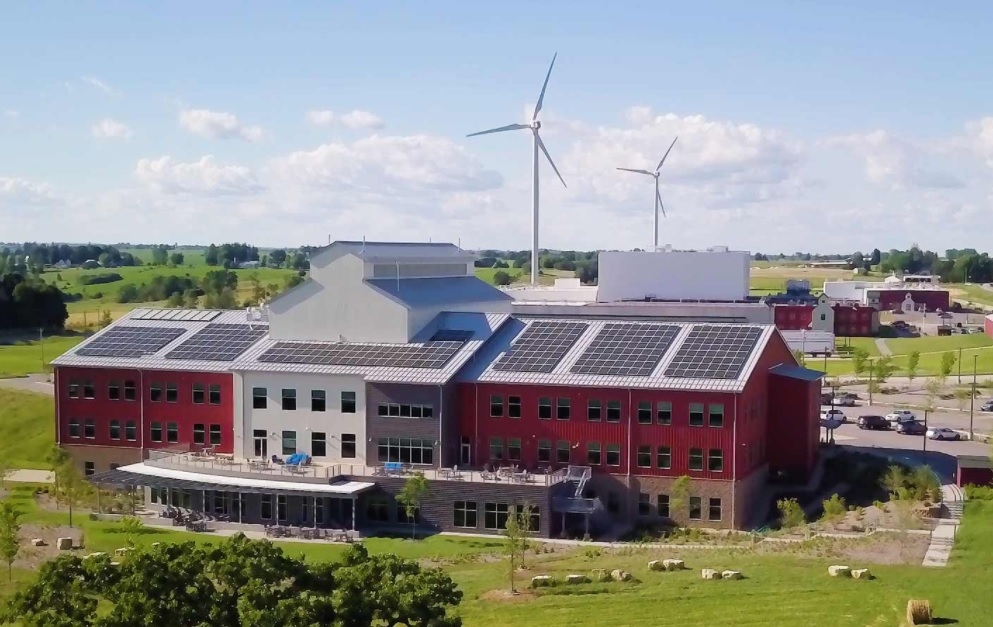 Project will also include meadows so pollinators can thrive

LA FARGE Wis. — Organic Valley has set some lofty goals for itself.

Here’s the plan for the farmer-owned cooperative: First, it’s going 100 percent renewable by 2019, announcing a community solar partnership. Next, carbon neutral. Finally, within a decade, it hopes to become the largest food company in the world to source all its electricity from renewable resources.

Beyond that, not only will the 50 acres of solar panels — to begin being built this spring — move the coop toward those goals, but the plan will also be wildlife friendly.

The solar projects will include habitat for pollinators, like bees and butterflies. No turf or gravel scenes here. The company will bring native plants and flowers to create meadows, as if 30,000 families were to each plant a 6-by-12-foot garden for pollinators.

In other words, good for humans and animals alike.

“The cooperative was founded 30 years ago for ecological and economic sustainability for farmers,” Organic Valley’s sustainability chief Jonathan Reinbold said. “You can’t really dissect that whole ecosystem. It needs to work together.

Organic Valley will buy power from a group of utilities in order to fund more than 12 megawatts of solar projects in the tri-state area. The 25-year partnership should end up being 15 percent of Wisconsin’s overall solar energy use.

That deal should bring all participating communities lower and more stable electricity costs, not to mention the environmental benefits behind renewable energy.

Just an extension of the founding principles of the coop from 30 years ago.

“We feel like it’s part of being a good neighbor,” Reinbold said. “We have this responsibility as this leader in the community to really do right by everybody around here.”

Organic Valley will collaborate with the Upper Midwest Municipal Energy Group (UMMEG) and OneEnergy Renewables as part of the solar partnership.