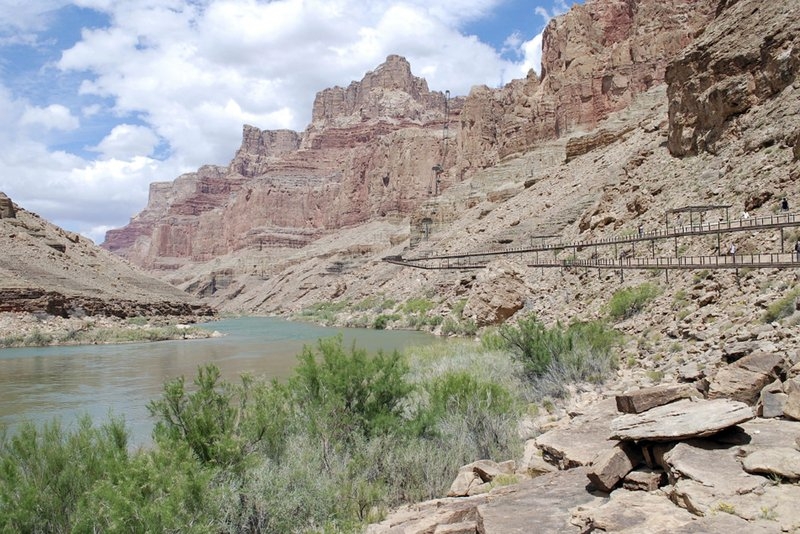 A project that would build an aerial tram to take visitors to a riverside boardwalk in the Grand Canyon with stores, hotels and restaurants is up for a key vote Tuesday by tribal lawmakers who have been reticent to develop sacred land at one of the Seven Natural Wonders of the World.

A special session will be the first time the Navajo Nation’s full Tribal Council takes up the measure introduced last year. It needs 16 votes to pass and has so far gotten a cold reception from lawmakers from the nation’s largest American Indian reservation.

The development on 420 acres of the reservation that borders Grand Canyon National Park requires a $65 million investment from the tribe for roads, water and power lines, and communications. The legislation prevents other development within a 15-mile radius and along access roads.

Developers say the tram and accompanying retail and hotel sites at the East Rim could be running by May 2021 if everything goes as planned.

The tribal council was still working through its agenda Tuesday afternoon and had yet to begin discussing the legislation.

Families who hold grazing permits and leases to build homes in the area say they will be at the meeting to urge lawmakers to oppose the project. They have said the area is sacred and the proposed development would mar the landscape where the Colorado River meets the blue-green waters of the Little Colorado River.

They also vow to keep fighting if the project is approved.

“Once it gets to a vote, that’s the only thing council delegates are ready to (do), vote it down,” said Renae Yellowhorse, who opposes the project. “We’re a force.”

Environmentalists and outdoor enthusiasts also decry the project. Actor Robert Redford released a video last December voicing opposition, and an online petition against the proposal has collected thousands of signatures.

The vote comes ahead of a tribal election year and at a time the tribe is preparing for the loss of hundreds of jobs with the expected shutdown of a coal-fired power plant and its supply mine in 2019.

Lamar Whitmer, part of the Scottsdale-based Confluence Partners development group, said the East Rim project could employ up to 3,500 people on a reservation where half the workforce is unemployed.

The management team includes former Navajo President Albert Hale and others who have helped develop resorts and theme parks.

The Navajo Nation’s share of revenue would depend on the number of visitors, but the tribe is guaranteed a minimum 8 percent of gross revenue, developers say.

“They want jobs. The one thing that’s crystal clear to me, with NGS shutting down because it can’t be competitive, they’re going to have to start expanding and diversifying their economy,” Whitmer said about the Navajo Generating Station.