For GOP women in politics, a needle that’s not moving

Biles — arguably greatest gymnast of all time — withdraws from gymnastics final to protect team, self

Trump inaugural committee chair to be released on $250 million bail 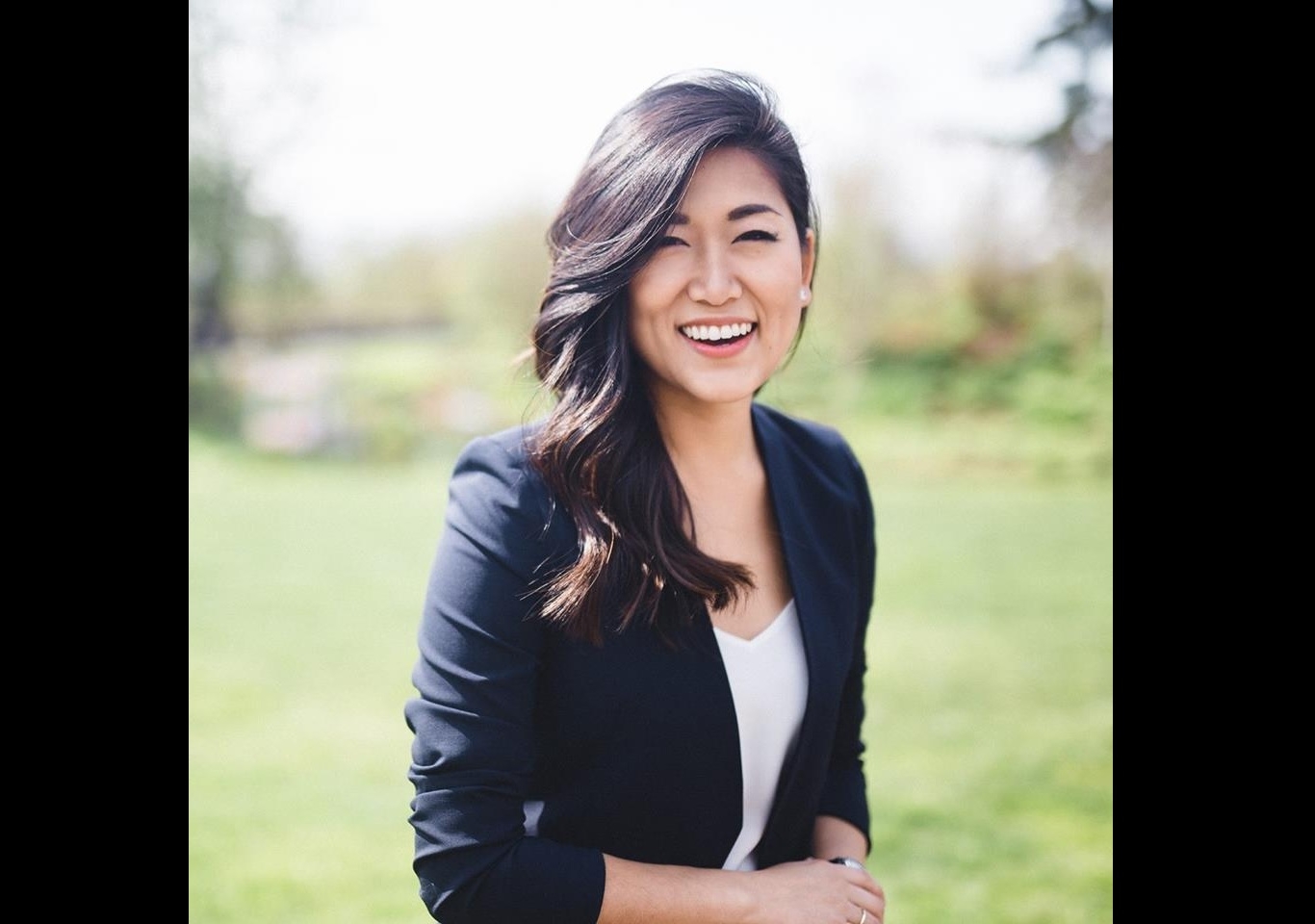 One group had 18,000 women looking at running for office — all Democrats

The president of Emily’s List rose to the podium at a recent New York fundraiser to make a proud announcement: More than 18,000 women had contacted the group since Election Day, looking to explore running for office — “an explosion,” she called it.

Of course, they’re all Democrats. On the Republican side, there’s been no such explosion. While a tide of anti-Trump activism has led thousands of Democratic women to consider runs for office, their Republican counterparts are where they were before the 2016 election — with little chance of improving their representation.

“Republican women look very much the same now as they did pre-Trump,” says Jennifer Lawless, professor at American University and co-author of a recent report that examined the persistent gender gap in political ambition, on both sides of the aisle. “They’re generally not interested in running for office, the overwhelming majority has not been recruited to run, they don’t think they’re qualified to run, and their levels of political activity and enthusiasm are the same as they have always been.”

Lawless’ report, called “The Trump Effect,” also throws some cold water on the expectation that Democrats will see a seismic shift in numbers of women running; re-energized political activism doesn’t necessarily translate into candidacies. But the new enthusiasm has been almost entirely on the left side of the spectrum, and some groups are trying to address that.

Erin Loos Cutraro, CEO of She Should Run, a nonpartisan group, says while the overall pace of adding women to elected office is too slow — women, after all, comprise just under 20 percent of Congress — it’s clearly happening faster for Democrats.

Part of the problem: uneven institutional resources and support. “Feeling that you’re not going at it alone makes a big difference,” Cutraro says, “and it can feel really isolating for Republican women. They don’t have the same networks, just in sheer numbers … or the same level of institutional support. If you’re a Democratic pro-choice woman, and you have Emily’s List there to support you, that can be incredibly powerful. Republican women don’t have anything that plays at the same level.”

While a group like Emily’s List lends concrete support to get a candidate over the finish line, She Should Run serves women seeking that first step. “‘I don’t even know where to start’ is something we hear over and over,” says Cutraro.

Rebecca Love is one of those women. A longtime Republican — she was even president of the Republican club in high school — Love, 38, woke up at home in San Diego the morning after Election Day wanting to get involved, somehow.

“I felt that my values as a Republican woman were not represented by the candidate who was elected,” says Love, who has a young daughter and works in health care consulting. “I felt Republicans were better than this. It was a wakeup call.”

So Love began Googling programs for women interested in politics. Most, she found, were for Democrats — and her experience had been that even groups calling themselves nonpartisan were populated mostly by Democrats, some not eager to engage with Republicans. Finally, Love, who identifies as a pro-abortion rights, moderate Republican, started working with She Should Run. She’s learning the political landscape of her community, and expects to pursue a city council seat or something similar.

By now, Love says, she feels confident enough that she doesn’t need to be “asked” to run. But she meets women who do: “I say to them, ‘You should think about running,’ and they say, ‘Me?’”

Virtually any advocate working to get women into politics will say the same thing: Much more than men, women — of any party — need to be asked to run.

Julie Conway of VIEW PAC, which works to get Republican women elected to federal office, puts it this way: “You have to tell women, ‘Hey, you’d be great,’ and not only that, but you’d be the best, and now I’m going to have 10 other people tell you you’re the best. Guys just say, ‘Hey, I could do this.’”

It’s a bipartisan issue, Conway notes. “Women — Democratic or Republican — need to be convinced that they know everything about everything,” she says. “Because they don’t want to fake it. Guys, you ask them about a question about a specific tax issue, and they say, ‘Oh, we believe in lower taxes.’ A woman will say, ‘I need the exact details of how that works.’”

Adds Stephanie Schriock, president of Emily’s List: “For years we’ve sat at kitchen tables, we’ve said, ‘You can do this, you don’t need five years of training — that dude has no training!’”

For Jinyoung Englund, getting asked — by a former boss — was a turning point. A daughter of Korean immigrants in Washington state, Englund got the bug for public service early, working on a congressional campaign and then on Capitol Hill while she was still in her 20s.

She hadn’t planned to run herself, and her first response, she says, was that it sounded “kinda crazy. … Women, like myself, are often, ‘Hey, who am I to think I could run?’”

But she is now the Republican candidate in a much-watched special legislative election; Republican control of the state Senate hangs in the balance. At 33, she’d be the body’s youngest woman.

Not every woman, of course, needs to be asked. Shantel Krebs, the South Dakota secretary of state and candidate for Congress, served 10 years in the state legislature — she was 30 when first elected in 2004, and had begun her legislative career at 17, as a page. Krebs says she hasn’t encountered the obstacles some other women describe, perhaps because South Dakota has a long history of women in positions of political power. The incumbent in the seat she’s seeking, Republican Kristie Noem, is running for governor.

“I think South Dakotans expect another woman in that position,” says Krebs, 44. “They know that women compromise and they listen.”

Like Republican male candidates, GOP women must consider where they stand on President Donald Trump, their party’s polarizing leader. Depending on the district, it’s not always easy.

“Some candidates find themselves in a no-win situation and it’s not a great place to be,” says VIEW PAC’s Conway. “I’m not seeing a lot of candidates come through saying Trump’s the greatest thing since sliced bread. But I also haven’t met a lot of people running who are overly willing to speak against him either.”

Asked about potential concerns among women voters about Trump’s attitudes toward women, Krebs, of South Dakota, says her constituents aren’t troubled by that. “I haven’t heard from any of my constituents that they’re concerned. The concern here is bigger issues. They want government to be accountable, to control spending.”

Englund, in Washington state, says she wrote in a candidate for president. “I know part of the Democratic strategy across the country is to try to tie new candidates to the president,” she says, “but in our district, and I think nationally, people looked at last year’s election and thought, ‘Wow, neither candidate really represents my values or my vision for America.’”

In Austin, Texas, Jenifer Sarver is already preparing for the “Trump question,” even though she’s not yet running for office.

“Certainly people have told me that saying you didn’t vote for the president isn’t a good thing,” says Sarver, 41, who runs a communications consulting business and has been mentioned in the local media as a potential candidate to replace Rep. Michael McCaul — who in turn has been mentioned as a potential Trump Cabinet member. “There are going to be people who won’t vote for me. But I believe I can attract people in the middle … those who want to see that there are people of integrity and character running, who aren’t afraid to stand up to the system.”

Though a conservative Republican and an opponent of abortion, Sarver voted for Hillary Clinton, “in large part because of (Trump’s) history with misogyny,” she says. While she’s always felt welcome in the Republican Party, Sarver has felt stymied by the lack of an infrastructure to recruit female candidates: “Either there’s not the desire there, which I don’t think is true, or there’s not the support and infrastructure.”

This election cycle, there’s an additional concern for Republican women in Congress. Several aren’t running for re-election, either because they’re running for office elsewhere, or retiring. That could bring numbers of Republican women in Congress “down to numbers like we have not seen,” says Lawless. “It’s going to be very difficult for them to even maintain the numbers that they have.”

And that means a setback for women across the board — if you care about overall female representation in Congress. Because even with all the energy on the left, Lawless says, “the Democrats will have to have a hell of a banner year in order to compensate.”