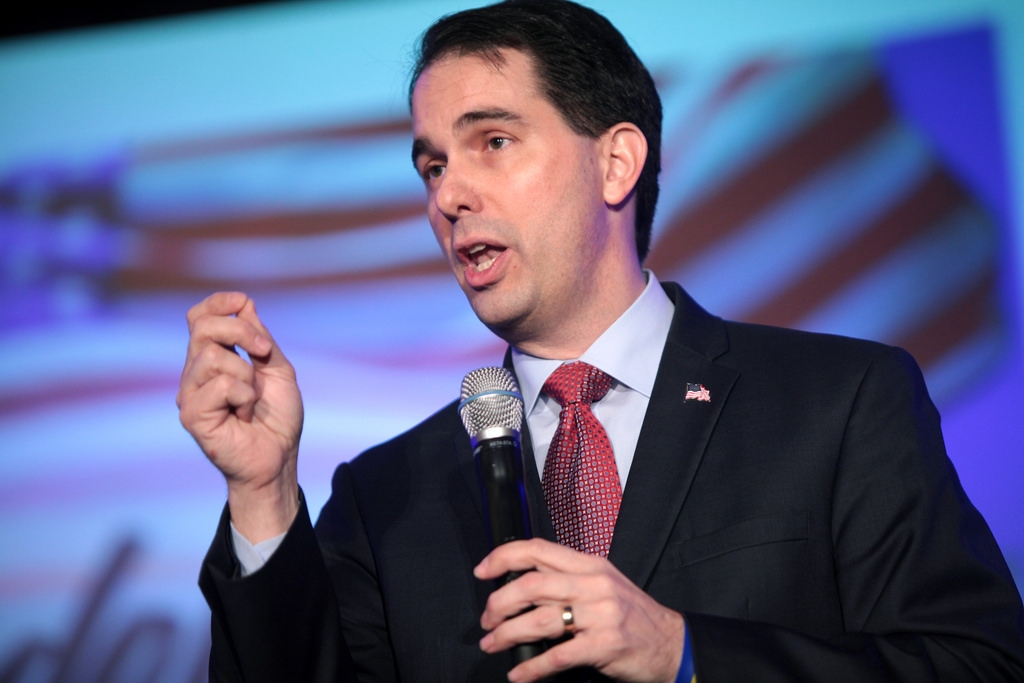 MADISON, Wis. — Wisconsin Gov. Scott Walker said Wednesday that he spoke with Vice President Mike Pence about how the White House can implement on a federal level parts of the Republican governor’s contentious policy that all-but eliminated collective bargaining for public sector unions in the state.

President Donald Trump has talked about wanting to weaken collective bargaining protections for federal employees, most of whom can’t currently bargain over wages or benefits, to make it easier to hire and fire government workers and base pay on merit rather than tenure. Those changes would require an act of Congress.

Walker severely restricted union power in Wisconsin and is now talking with the Trump administration about “how they may take bits and pieces of what we did” with the union law and civil service reform and “apply it at the national level.”

“It’s something the vice president has brought up before,” Walker told reporters following a speech in Wauwatosa, Wisconsin. “It’s certainly something we’re willing to offer our assistance on, particularly if it helps not just the nation, but in turn improves our ability to be better stewards of the taxpayers here in Wisconsin.”

The Wisconsin law passed in 2011 barred collective bargaining over working conditions, or pay increases greater than inflation, for most public workers while requiring them to pay more for health care and pension benefits. The fight over its passage led to protests as large as 100,000 people and Walker’s recall election in 2012, which he won. Walker was the first governor in U.S. history to survive a recall attempt.

Union membership in Wisconsin has dropped 40 percent since the law passed. In 2016, only 8 percent of Wisconsin’s public and private-sector workers were in a union, below the national average of 10.7 percent.

“I don’t think that the model that Scott Walker has put forward is a model for success,” said AFL-CIO President Richard Trumka. “That’s the model that the Koch Brothers have tried to spread everywhere.”

Charles and his brother David Koch operate one of the most powerful conservative groups in the nation and have supported efforts across the country to curtail union rights.

“If you’re going to get workers a raise you have to give them the right to collective bargaining unless you’re willing to impose a straightjacketed minimum wage on everybody,” Trumka said.

During his brief run for the president in 2015, Walker proposed eliminating collective bargaining for federal employees and putting restrictions on unions that represent private-sector workers.

Former House Speaker Newt Gingrich is advising Trump and has talked about the need to reform the civil service system for federal workers. Walker told The Associated Press in an interview Tuesday that Gingrich and Pence talked with him about civil service reform when Walker paid a visit to the White House on Saturday.

“They look at not only what we did with (the collective bargaining law) but even some of the civil service reforms, the two combined, so they can hire and fire based on merit and pay based on performance,” Walker told AP. “Long term, this is what the vice president and Newt Gingrich and I were talking about.”

Walker said if Trump truly wants to make the federal government run more like a private business he needs to “change the structure so that just like any other organization or business that operates outside of government, people are measured based on merit and rewarded based on performance.”

Pence, when he was governor of Indiana, frequently sparred with public employee unions and only awarded pay increases to state workers who received positive performance reviews.