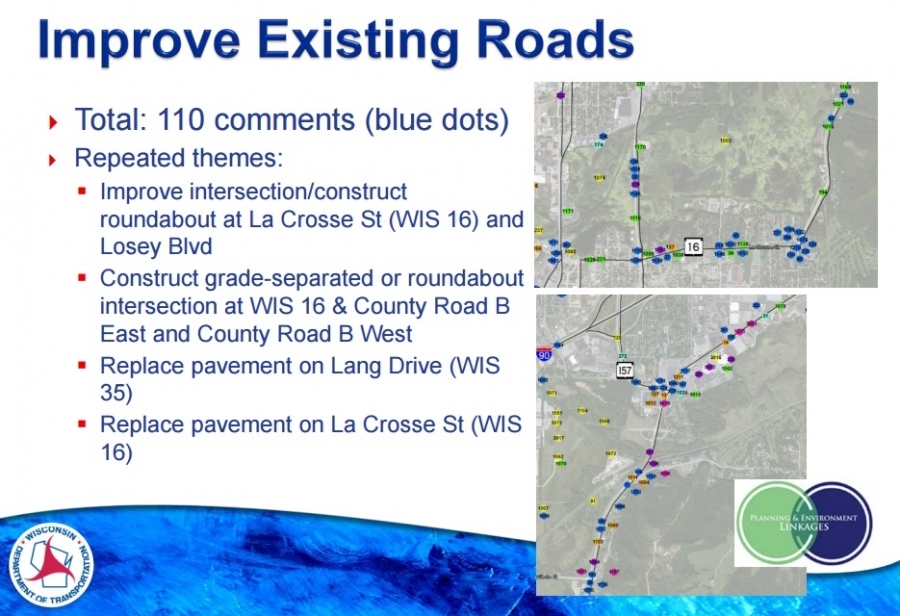 First of two public meetings on plans around La Crosse

Tonight is the first of two meetings this week on transportation plans for the area around La Crosse.

The DOT is holding public involvement meetings this week to get feedback and share information on transportation plans and strategies for the region.

The DOT insists final plans and strategies have not yet been determined.