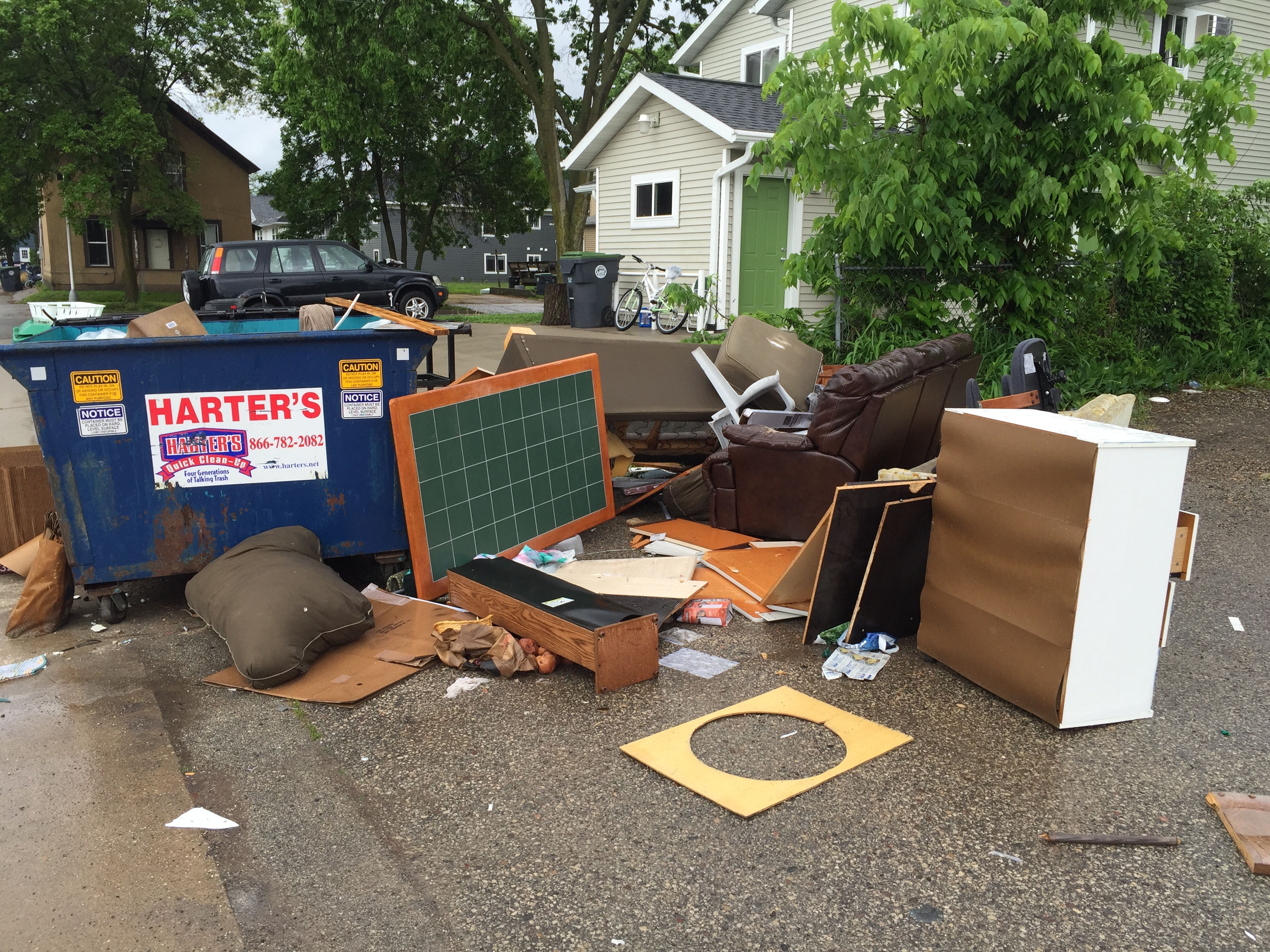 Still a mess left behind by college students moving out in La Crosse in the last few weeks.

But not nearly as bad as it was before the city adopted new garbage rules a little more than a year ago. That’s according to Gary Harter, owner of the city’s garbage service. He says the loose garbage left behind in college neighborhoods has decreased significantly. Refuse and recycling manager in city hall, Brandon Shea agrees. He says the piles of junk are half what they were just two years ago. Both also agree that there’s still a bunch of illegally dumped couches, beds and end tables on the curb. Shea tells us he’s been nagging landlords to get that stuff cleaned away as quickly as possible. He says he’d prefer that approach than writing a $187 ticket for leaving a garbage mess.