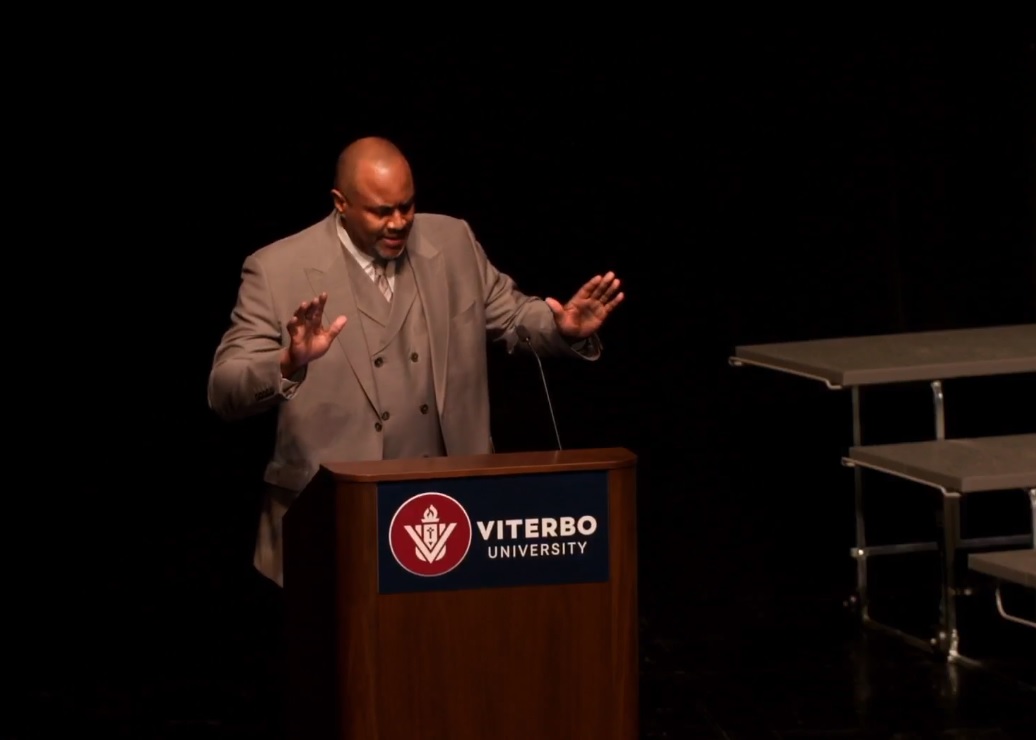 Through songs and speeches, La Crosse honors the memory of Martin Luther King, Jr., on his national holiday.

Dr. Andre Johnson, from the University of Memphis, returned to La Crosse for the event.

Johnson was the keynote speaker at Viterbo 10 years ago as well. He noted some irony in how King’s message is now received in some parts of the U.S.

“What I find baffling today, is that in some states, mentioning King calling America racist, or saying that racism is a problem in America, can land you into some trouble,” Johnson said.

Shaundel Spivey, who recently played Dr. King in a Weber Center stage production, opened the program speaking as King, telling the Viterbo audience of the “promised land” that is “so close, yet so far away.”

Organizers of the event chose community activist Bridget Todd Robbins to receive this year’s MLK leadership award. Todd Robbins said she strives to create opportunities to those who don’t have a voice in the community.

A student leadership award was given to Logan High School sophomore Na’ziah Mclaurin, who moved to La Crosse with her family from the South during her freshman year.