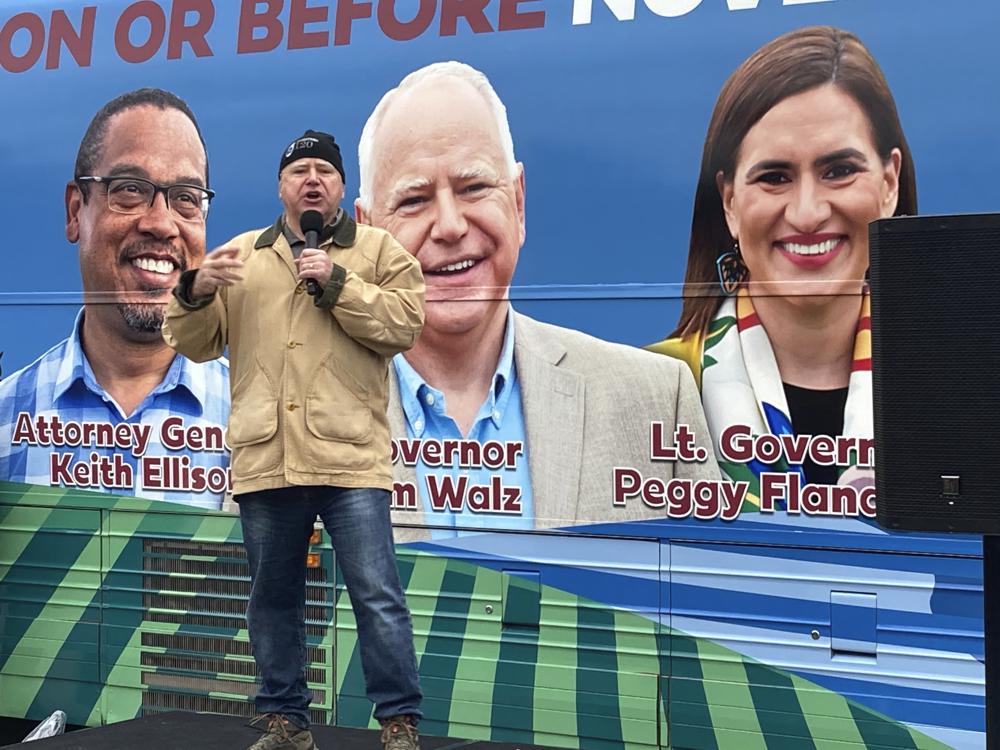 Both campaigns brought in the chairs of their national parties — Ronna McDaniel of the Republican National Committee and Jaime Harrison of the Democratic National Committee — as they sought to fire up their core supporters to get their friends and neighbors to vote.

Turnout will be critical not only in the governor’s race but in some other hard-fought statewide contests, plus a pair of congressional races in southern Minnesota and a couple dozen legislative races that will determine control of the state House and Senate.

Walz’ rally kicked off a bus tour of southern Minnesota with Attorney General Keith Ellison, Secretary of State Steve Simon and State Auditor Julie Blaha to Mankato, Austin, Rochester and Winona. Jensen had meetings after his rally with business leaders and owners in Minneapolis, capped by an evening appearance on public television’s “Almanac” show. Both campaigns planned stops Saturday in the Twin Cities suburbs, a crucial battleground for wooing swing voters.

“Knock the doors, call the people, get your members out there, talk to your brother-in-law who drives you friggin’ crazy about this stuff, but tell them to make the vote for the right things,” Walz told his heavily union crowd of around 200 people.

Walz also appealed for unity in a state where political divisions have deepened in recent years, as they have across the country.

Harrison told reporters he didn’t come to Minnesota because he was afraid of the Democrats’ chances on Tuesday. He said he came to stand up for his friends including Ellison.

The Jensen campaign framed its rally as a tribute to veterans, and the crowd of roughly 100 in the Capitol rotunda included many wearing American Legion hats, caps and jackets indicating where they served and a few in fatigues. Jensen thanked them for their service.

McDaniel told the crowd that they looked great and well rested, but added, “In the next four days I want you to work so hard that you look like crap.”

Afterward, she told reporters, “The fact that I’m coming back to Minnesota four days out from an election means that there’s an opportunity to pick up this governorship if people get out and vote.”