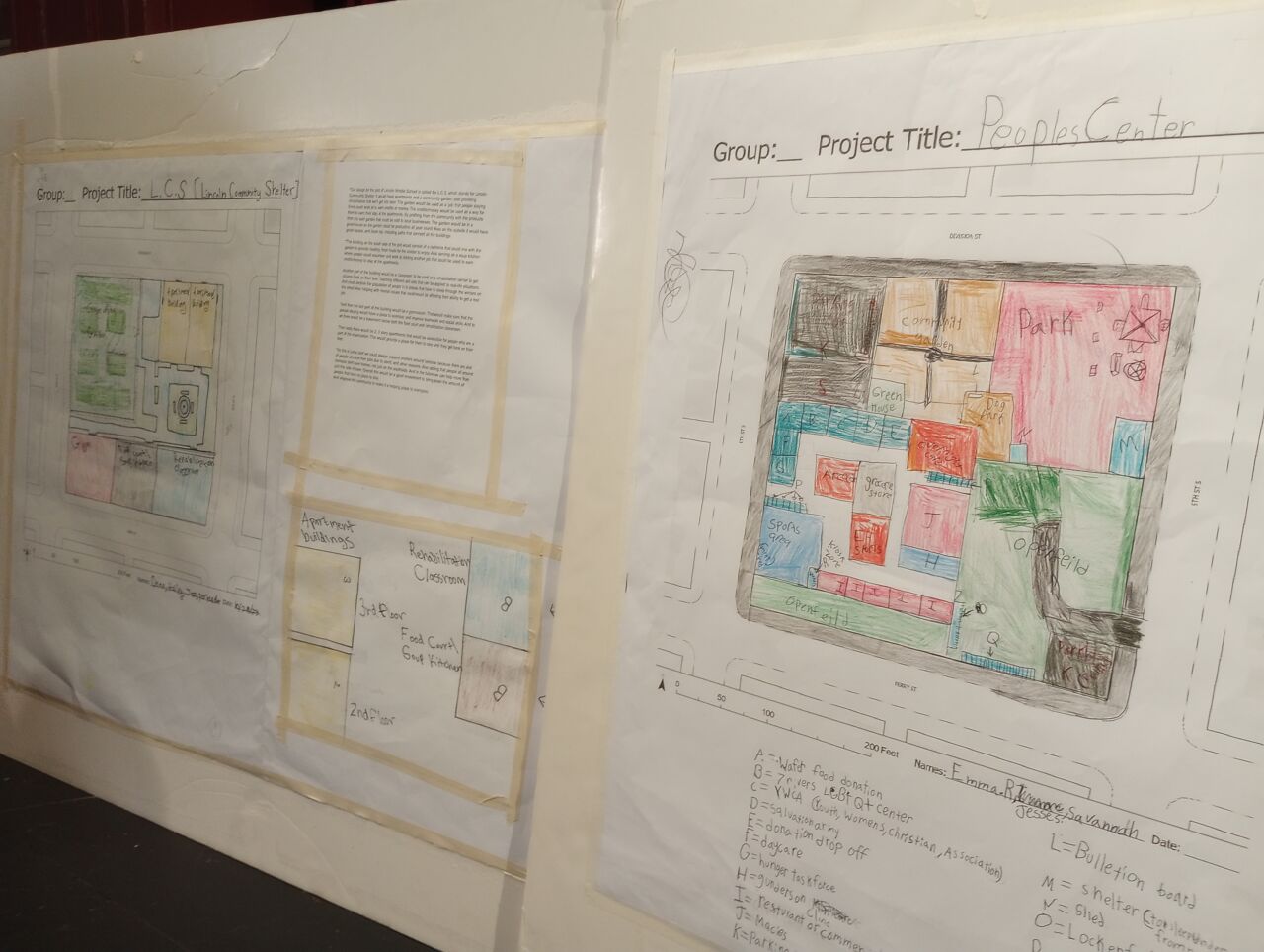 For over a decade, seventh graders at Lincoln Middle School in La Crosse have gotten a chance to become building designers for a class project, with guidance from City Hall.

On Wednesday, this year’s student designers presented their ideas for remodeling a well-known building in the city.

Six designs for a renovated Lincoln Middle School were presented, concluding a yearly project introducing kids to city planning. The design teams drew up plans for community shelters, apartments, a mall and a movie theater complex.

Lewis Kuhlman, an environmental planner for the city, supervised the students on the project. He said, compared to other properties the students have been asked to work on, the Lincoln block is relatively small.

“We’ve had projects that were maybe like, four, five, six or more blocks,” Kuhlman said. “It was a real challenge to figure out all those uses on the same site.”

The city plan office keeps the student designs on file after the classroom project ends.

Lincoln social studies teacher Scott Bagniefski leads the yearly project. He said the students appreciate the chance to put their own creative ideas on paper.

“We all want a voice in issues, especially 12, 13, 14 year olds (who) sometimes feel their opinions don’t matter, and this is a chance for them to speak up and give their ideas and give input and have a real authentic voice,” Bagniefski said.

In previous years, Lincoln students have proposed new uses for Trane Plant 6 site near the La Crosse Menards, where new apartments have been built and for the vacant K-Mart, on the south side.