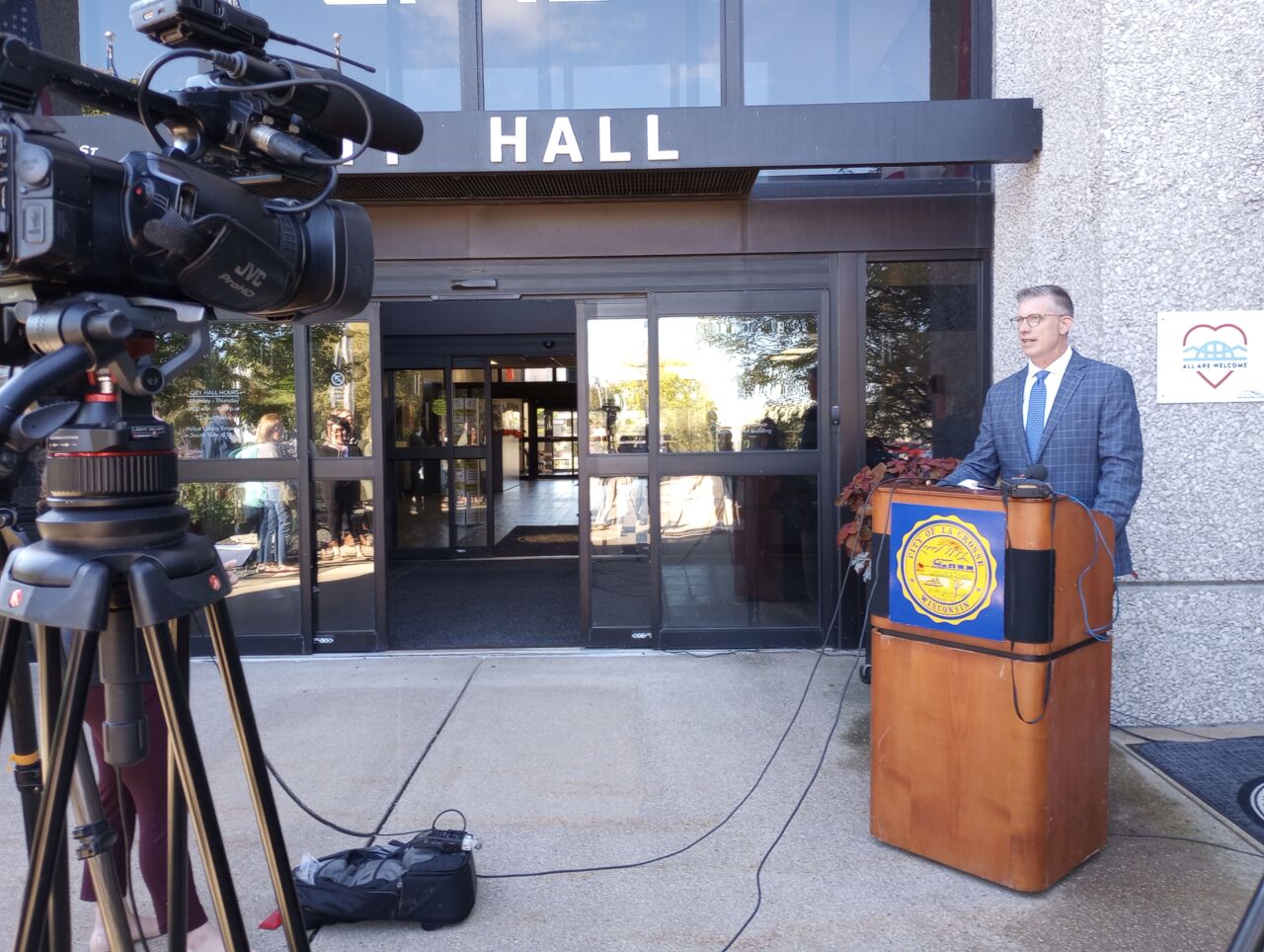 More publicly-owned buildings in La Crosse could be used this winter to provide shelter for people who have been camping at Houska Park, or living on the streets of the city.

During an event outside City Hall Wednesday morning, Mayor Mitch Reynolds identified the north side police building, the Southside Neighborhood Center, and the Green Island ice arena as sites where unsheltered people might stay after camping at Houska Park ends for the season in late October.

Reynolds also said some housing could be provided at the Marine Credit Union building on Monitor Street, which the city is trying to buy for general housing needs.

Reynolds says there is potential for a state of emergency to be called in the city, to find housing for the unsheltered, and he is ready to issue such a decree “when necessary.” He called on property owners to consider taking in the unsheltered, noting that city council president Barb Janssen is housing two families at properties she owns in La Crosse.

“As long as I am mayor of the city of La Crosse, we will not criminalize homelessness, ” Reynolds says. “That will not be something that we do.”

“(If) people in this community want to criminalize homelessness, they gotta get rid of me first,” says the mayor.