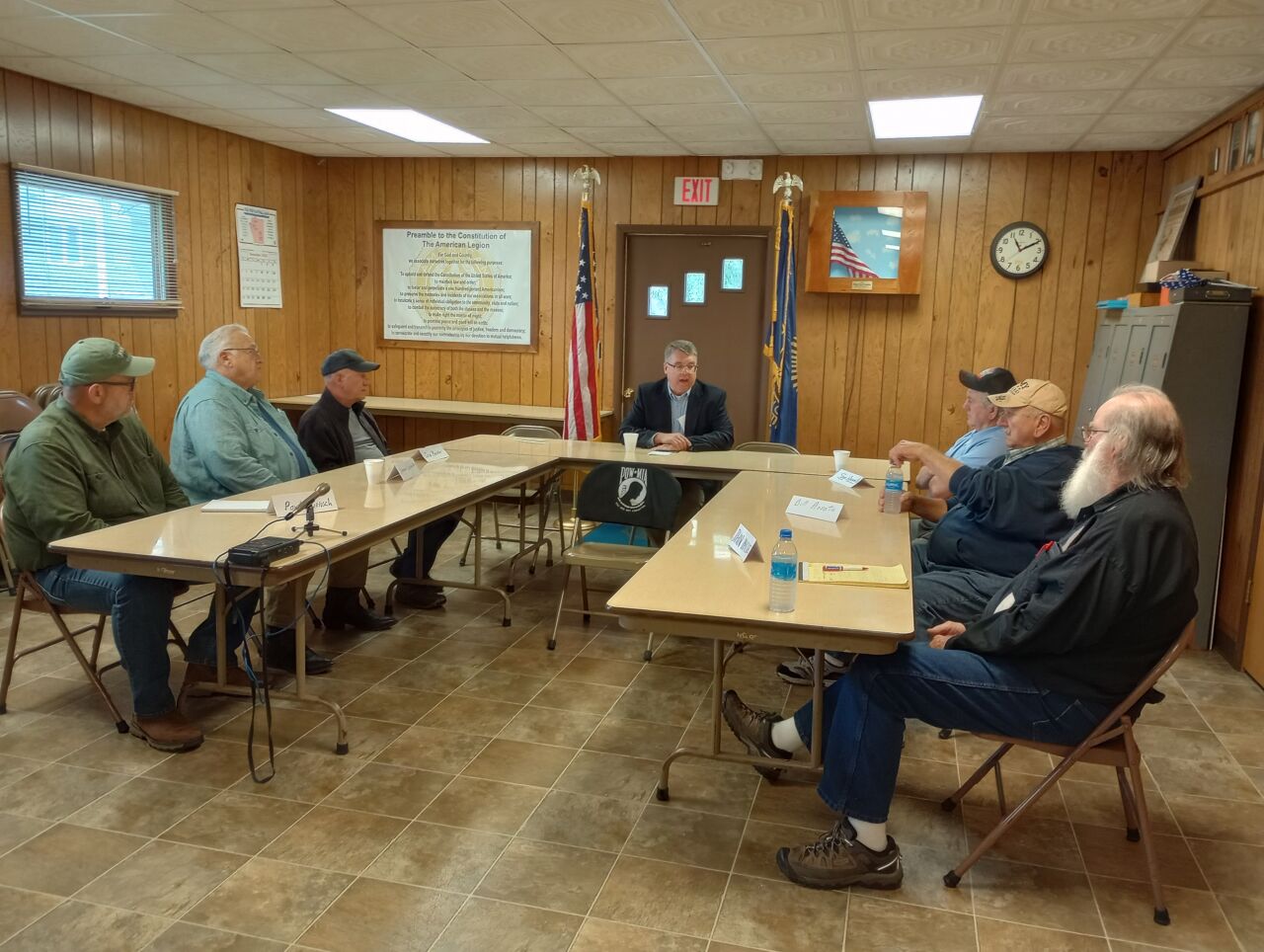 Weighing military service against political experience could be a major factor in Wisconsin’s 3rd District U.S. House of Representatives race.

A group of La Crosse area veterans had a roundtable meeting with Democrat Brad Pfaff in Bangor, Wis., on Monday. They said Pfaff’s service in elected office should not count against him.

Pfaff’s Republican opponent, Derrick Van Orden, has emphasized his 26 years in the military as a Navy SEAL, calling Pfaff a career politician.

At the meeting, the veterans said Van Orden should not have been in Washington, D.C. on the day of the Capitol riot last year. Desert Storm veteran Paul Wuensch said he respects Van Orden for his military service, but believes the candidate crossed a line.

“When I watched those events unfold, it made me sick to my stomach, but the last thing I thought I should do was be there,” Wuensch said. “That’s the last place any veteran, any self-respecting veteran, should have been. And yes, I believe you cash in all that credibility of being a veteran when you take part in something like that.”

Another veteran at the meeting said Van Orden’s actions were disrespectful, and thinks the candidate should say he’s sorry to the American people.

Pfaff, who also believes Van Orden was out of line, said he has heard veterans in the district say that behavior was “beyond the pale.”

“He went against a code of conduct,” Pfaff added. “It was unbecoming of someone who had served in the military to participate” in events to disrupt the peaceful transfer of power.

The six vets who had a discussion with Pfaff said they respect his service in area government, even though he’s not a military veteran. They also spoke with Pfaff, who is also a Wisconsin state Senator in the 32nd District, about obtaining government aid for veterans and help with housing.