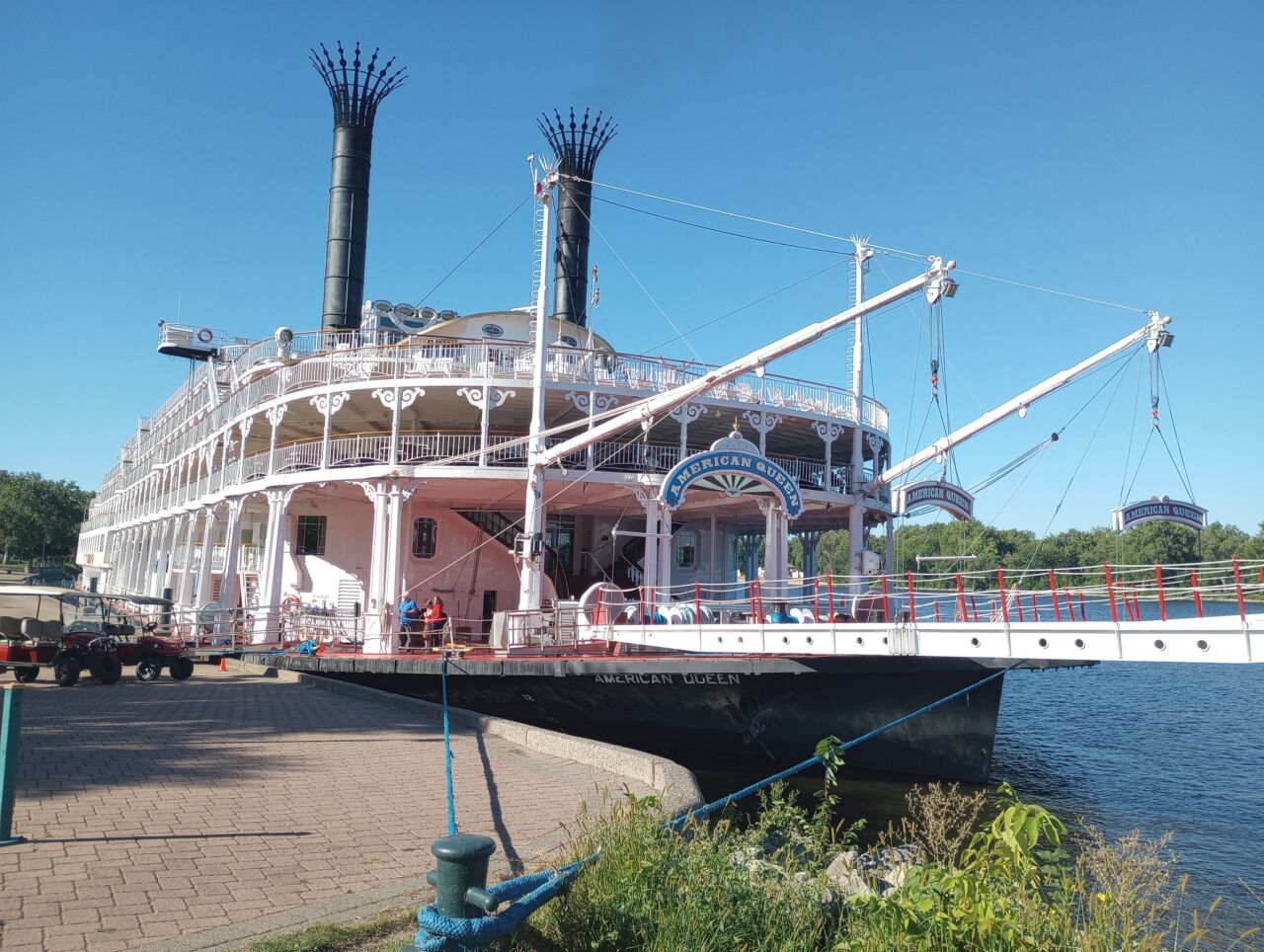 One of the popular paddlewheelers on the Mississippi River was back in La Crosse for the first time this season.

A few more stops by the Queen are scheduled for La Crosse before the end of October.

Another big boat, the new Viking Mississippi, is tentatively scheduled to dock in La Crosse for the first time from 8 a.m. – 5 p.m. Monday.

Five previously scheduled dates, including Sept. 1, were removed from the company’s itinerary.

Earlier this week, the cruise boat reportedly was doing a dry run near St. Louis.

A fleet of buses from Viking Cruise Lines arrived in La Crosse on Wednesday, briefly parking near the riverfront as they prepare to take future passengers from the Viking Mississippi around the area while they’re in La Crosse.