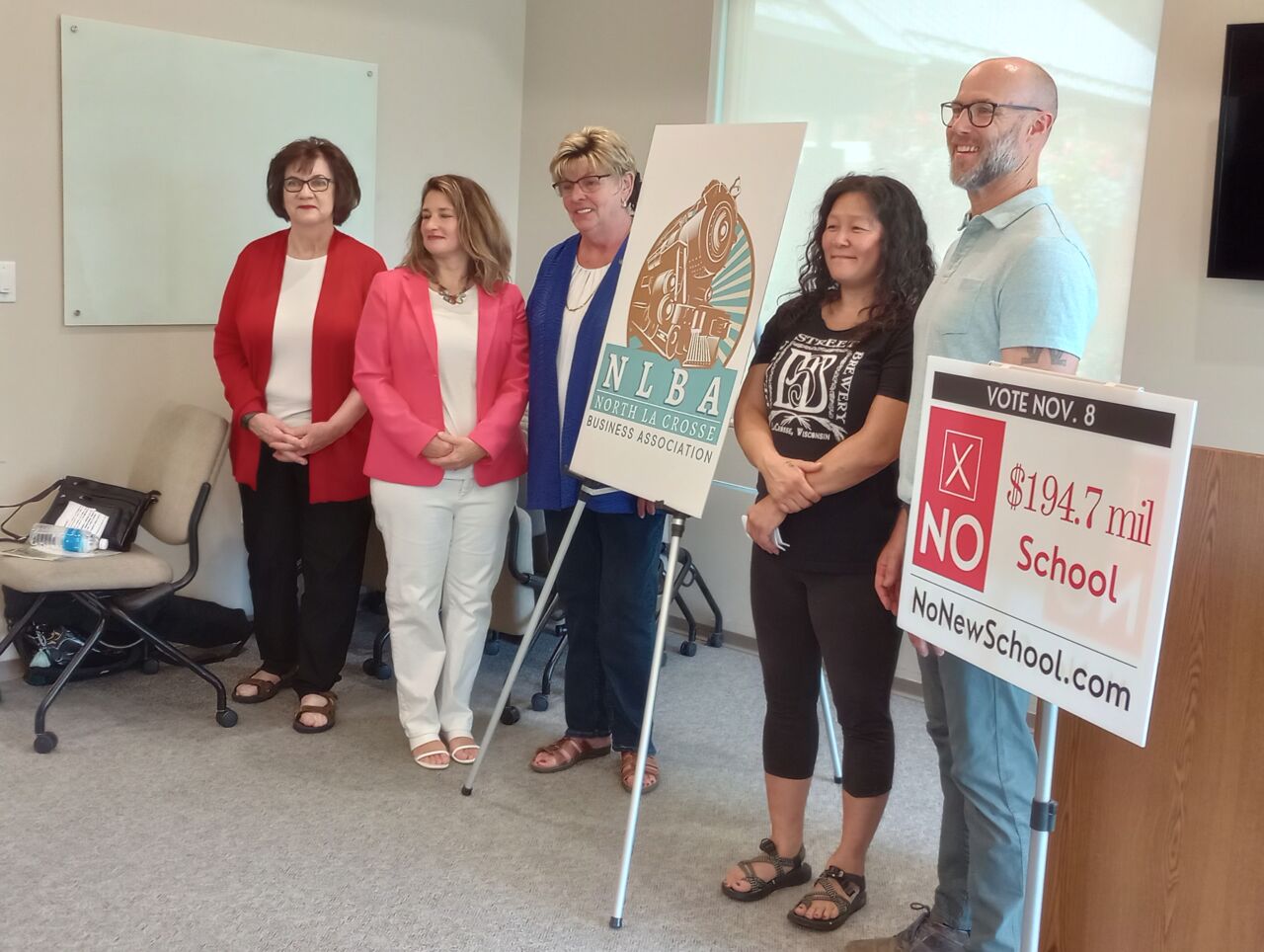 A yard sign campaign against a La Crosse school referendum has now expanded to include opposition from a business group.

“After thoughtfully listening to the school district, we surveyed the NLBA members,” said NLBA rep Vicki Markussen, a former director of the La Crosse Chamber of Commerce. “These are more than 90 small local businesses, and 86 per cent of them are opposed” to the referendum, she said.

Derek Mueller is the pastor of Northside Community Church. He believes that kids in sports and other programs could be forced out of participation if it takes too long to travel to and from school.

“For those that lack the necessary resources, that 15-minute commute becomes a barrier that directly impacts academic success because it impacts school activity, school attendance, and co-curricular activity,” said Mueller.

Local realtor Elaine Yager also questions the proposed merger of Logan and Central at the Trane building. Yager says the new building would already be filled to capacity. if both high schools are put together there.