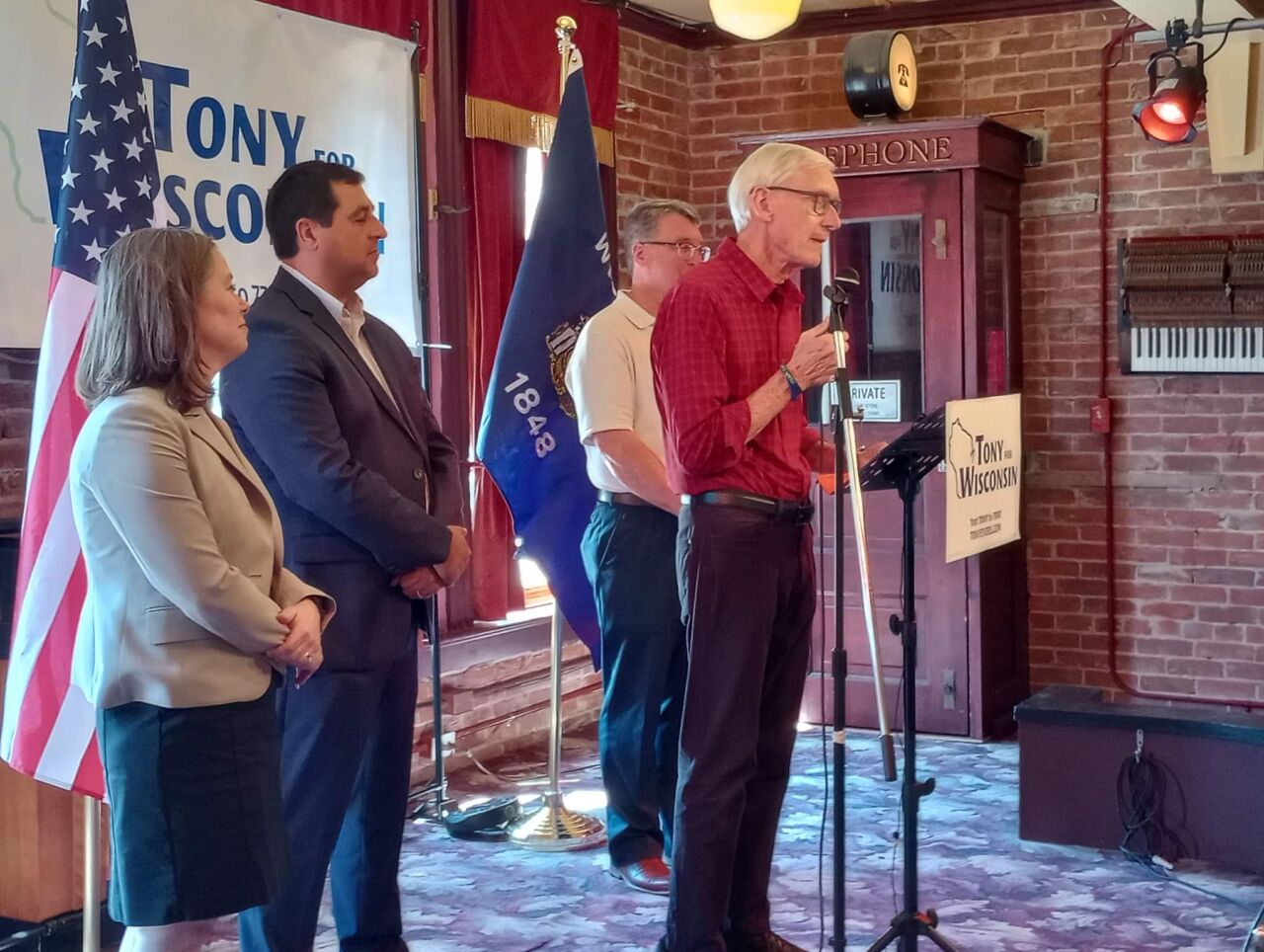 They led a group of Democratic party candidates for state office that stopped on Pearl Street in La Crosse for a midday rally Thursday.  Also on the program was were Attorney General Josh Kaul, and Congressional candidate Brad Pfaff, and Evers says Pfaff exudes Western Wisconsin values, but didn’t last long as Evers’s state agriculture secretary.

“That got (Pfaff) fired,” Evers told an audience at the Grand Hotel Ballroom. “Brad Pfaff had the audacity to go to the joint finance committee and say, hey, where’s all that money you set aside for farmer mental health? The farmers need it, not you. He got fired.”

Republican lawmakers decided not to confirm Pfaff as the governor’s agriculture secretary. Pfaff joined the state Senate after the 2020 election, and is risking his Senate seat to run for the 3rd District House seat this November.

She’s a registered nurse who won election to the Assembly from heavily-Republican Waukesha County in 2020, and she says her grandparents lived in West Salem.

“He wants to get rid of marriage equality, ban same-sex marriage,” she said, which brought a response of “Hell no!” from the audience. Rodriguez also called Michels an election denier, concerning the results of the 2020 election in which Joe Biden defeated Donald Trump in Wisconsin.

The rally was part of a statewide tour by Evers and the others called “Doing the Right Thing.” The tour kicked off earlier on Thursday in Madison.