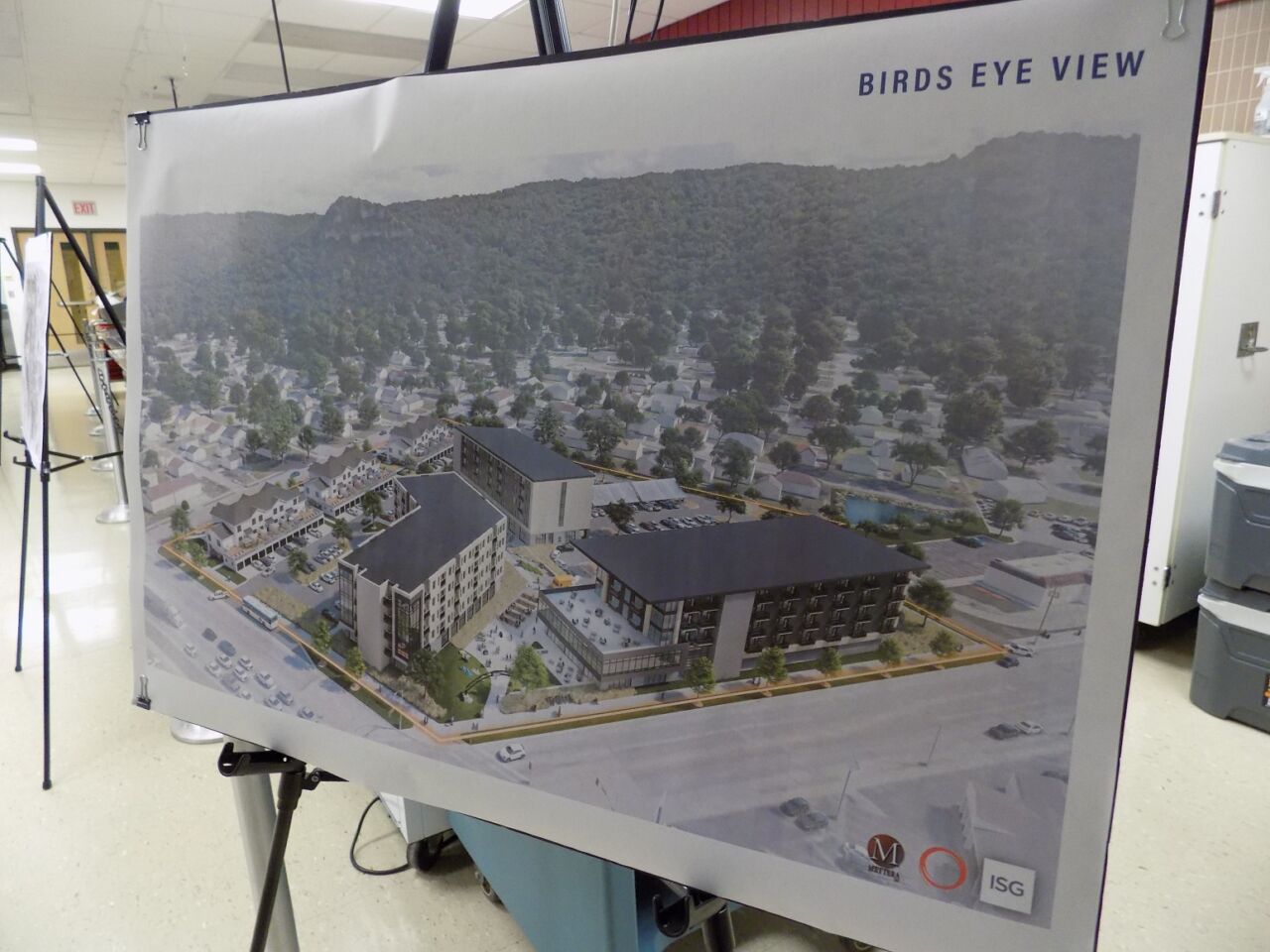 Plans to redevelop the old Kmart site off Losey Boulevard are expected to move ahead at La Crosse city meetings this month.

The ISG company is submitting more information to City Hall about its Copper Rocks project.

The former Kmart, which closed five years ago, would be torn down and replaced with six buildings which would contain just over 200 residential units, intended mainly as “workforce” housing.

The proposal will be reviewed by the council Judiciary & Administration Committee at its meeting on Tuesday night (agenda here) and also has been sent to the city plan commission (agenda).

Earlier this year, architects had declared that they wanted to get something built on the Kmart lot before this October or else construction might have to wait until next year.

The name “Copper Rocks” has been suggested for the project at Losey and State roads, because of the copper-like color of sunsets on the bluffs near the Kmart property.