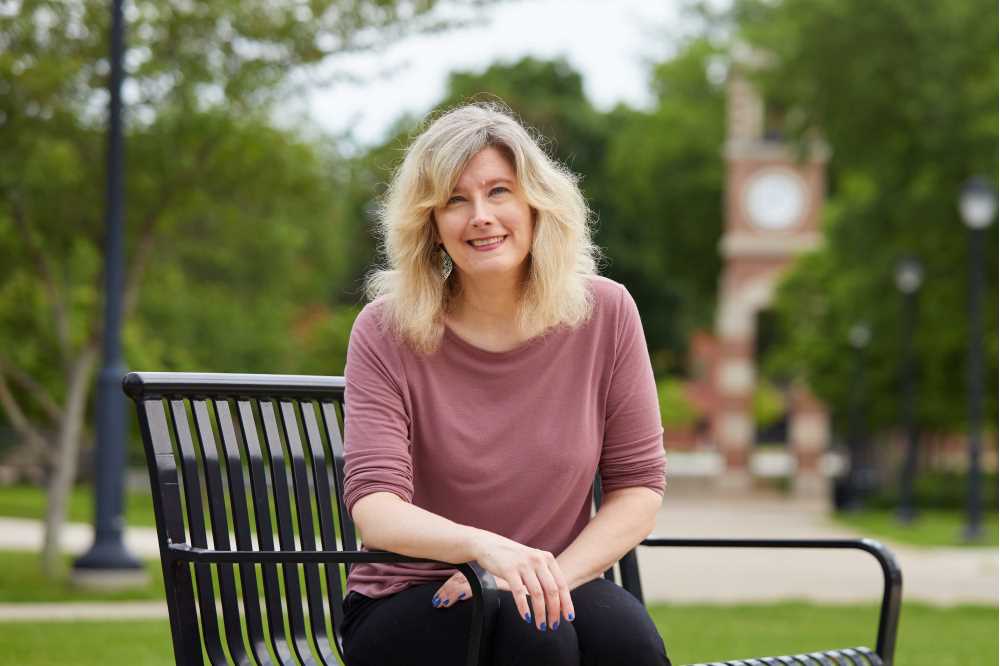 FILE - UW-L Department of Sociology and Criminal Justice Associate Professor Dawn Norris has been named a Fulbright Scholar. She will travel overseas during the spring 2023 semester to study job impacts in the Czech Republic.

A European trip to celebrate a 10th wedding anniversary sparked the dream of a Fulbright scholarship— which will soon become a reality.

University of Wisconsin-La Crosse Associate Professor Dawn Norris and her husband visited Prague, Czech Republic, in 2019 upon the recommendation of a student in one of her courses. They loved the culture, architecture and history.

The trip left Norris, a Sociology and Criminal Justice Department faculty member, hungry to learn more about the central European country. She had many questions about how Czechs, who only exited a communist economy and entered a market economy about 30 years ago, might think about work today.

“A great deal of my existing research has focused on how job loss affects identity and mental health in the U.S.,” Norris notes. “So, I became curious about whether it would have the same effects in the Czech Republic, given their very different economic history and their fairly recent economic transition.”

That excitement propelled Norris to apply through the Fulbright U.S. Scholar Program from the U.S. Department of State. In May, she learned her proposal was accepted and she will travel overseas during the spring 2023 semester.

Fulbrighters engage in cutting-edge research and expand their professional networks, often continuing research collaborations started abroad and laying the groundwork for future partnerships. Upon returning to their institutions, labs and classrooms, they share stories and often become active supporters of international exchange, inviting foreign scholars to campus and encouraging colleagues and students to go abroad.

While her students won’t directly be involved while she is overseas, Norris has already been incorporating her firsthand experience of the Czech Republic into some of her sociology courses. That, in turn, has sparked students to brainstorm questions Norris can ask Czechs when she interviews them during her research. Students are especially interested in Norris asking Czech students about what it’s like to be a college student there.

When she returns, Norris plans to engage students and colleagues on the importance and excitement of cross-cultural learning by presenting her research at an open forum. She also plans to integrate what she learns into her courses.

“I hope to directly connect Czech and U.S. students in virtual and in-person formats,” Norris explains. “For example, I am considering leading a study abroad tour in the Czech Republic for UW-L undergraduates. There is so much for students to learn about how the way society is set up influences our opportunities, choices and ever our identities and mental health.”

Norris is also prepping for the Fulbright visit by studying the Czech language — something she’s done for almost two years.

“It is a beautiful language,” she notes.  “Although I’m far from fluent, I can make myself understood in most common situations.”

Norris admits she’s only at the “beginner/intermediate” level, studying with an instructor who conducts the entire lesson in Czech.

“It’s very exciting to be able to communicate in another language,” she notes. “It really opens up new worlds and I highly recommend that all undergraduates take at least one foreign language course.”

More than 800 U.S. citizens will conduct research and teach abroad for the 2022-23 academic year. Norris is the 12th UW-L faculty member to earn a Fulbright scholarship since 1999. See the others at: https://www.uwlax.edu/international-education/community-and-global-partners/fulbright/#tab-fulbright-scholar-program—facultystaff

Additionally, UW-L May 2021 graduate Ally Hetto was recently selected for a Fulbright English Teaching Assistantship. Hetto will teach English as a Second Language to students in South Africa.