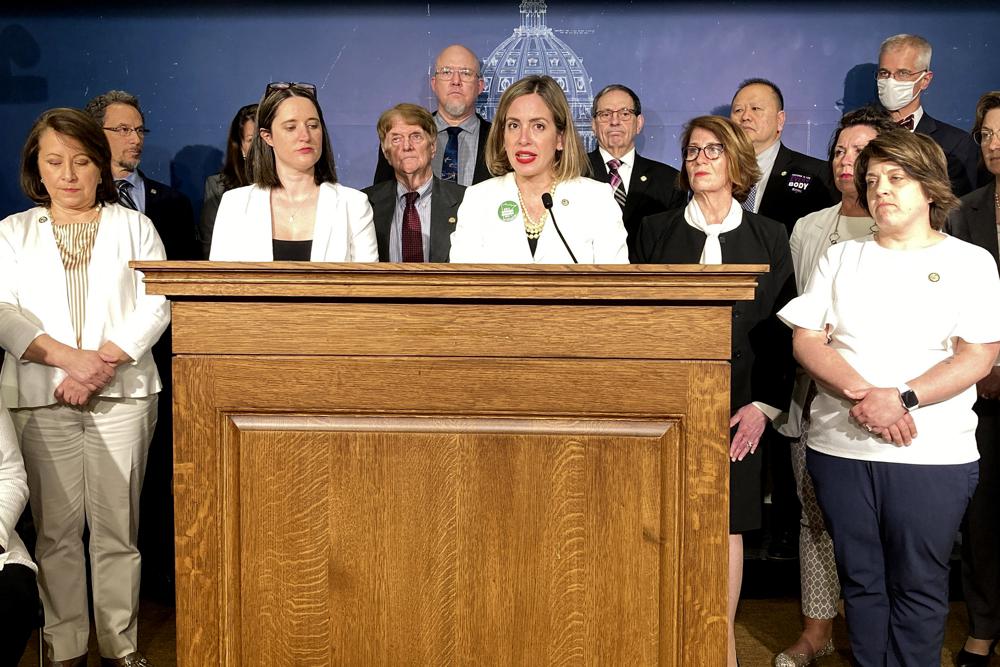 ST. PAUL, Minn. (AP) — The Minnesota Senate Democratic minority tried unsuccessfully to force consideration Thursday of nine abortion and health-related bills that the Republican majority has kept bottled up in committee, saying it was critical to take a stand even though they lacked the votes to prevail.

The leak of a draft U.S. Supreme Court opinion that would overturn the landmark Roe v. Wade decision and sharply curtail abortion rights in roughly half the states has energized both sides of the abortion debate in Minnesota.

While it’s unlikely that any abortion measures will pass the divided Legislature before the May 23 adjournment deadline, the issue is certain to take on new importance in the November elections.

Senate Minority Leader Melisa López Franzen, of Edina, said her fellow Democrats wanted to send a message to Minnesota residents that they will fight to protect their privacy and reproductive rights, including the right to abortion, while Republicans won’t.

Sen. Jennifer McEwen led off the debate by trying to bring up a bill to codify that every individual has a fundamental right to make their own reproductive health decisions, including having an abortion.

It would have taken 41 votes to pull the bills out of committee under Senate rules, but Democrats hold only 31 seats, compared with 34 for Republicans plus two independents. None of the nine efforts fared better than a 33-33 tie.

Some bills didn’t deal directly with abortion, but did cover other aspects of reproductive health care, such as access to contraception. One would have created a paid family and medical leave system.

No Republicans spoke against any of the bills, though Senate President David Osmek, a Republican from Mound, frequently warned Democrats that they were getting improperly deep into discussions of the merits of the bills instead of sticking to basic descriptions of what they would do.

At a news conference afterward, Democrats criticized their Republican colleagues for remaining silent during the debate.

“Unfortunately, they refused to participate,” Sen. Mary Kunsesh, of New Brighton, said. “We did not have one GOP member engage, ask questions, debate the issues that we brought forward. It was as if we were not even there.”

The votes in Minnesota came one day after the U.S. Senate fell short in an effort to enshrine into federal law the 1973 Roe v. Wade decision, which legalized abortion nationwide.

The debate was the latest largely symbolic skirmish over abortion at the Minnesota Legislature in recent days. Senate Democrats lost a vote to tack an amendment similar to McEwen’s bill onto a larger health and human services measure on a 29-36 vote late last month.

But the House Democratic majority beat back GOP attempts to add two less sweeping anti-abortion measures to a different health and human services bill last week. One would have required licensing of clinics that perform 10 or more abortions per month. The other would have prevented organizations receiving state family planning grants from subsidizing abortion services. Both failed on narrow procedural votes.

Whatever happens at the U.S. Supreme Court, abortion will remain legal in Minnesota, at least for now, under a 1995 Minnesota Supreme Court ruling known as Doe v. Gomez. It effectively established a right to abortion under the state constitution. The state has several restrictions in place, including a 24-hour waiting period and a requirement that minors notify both parents before getting an abortion. A lawsuit pending in state court seeks to throw out those limits.