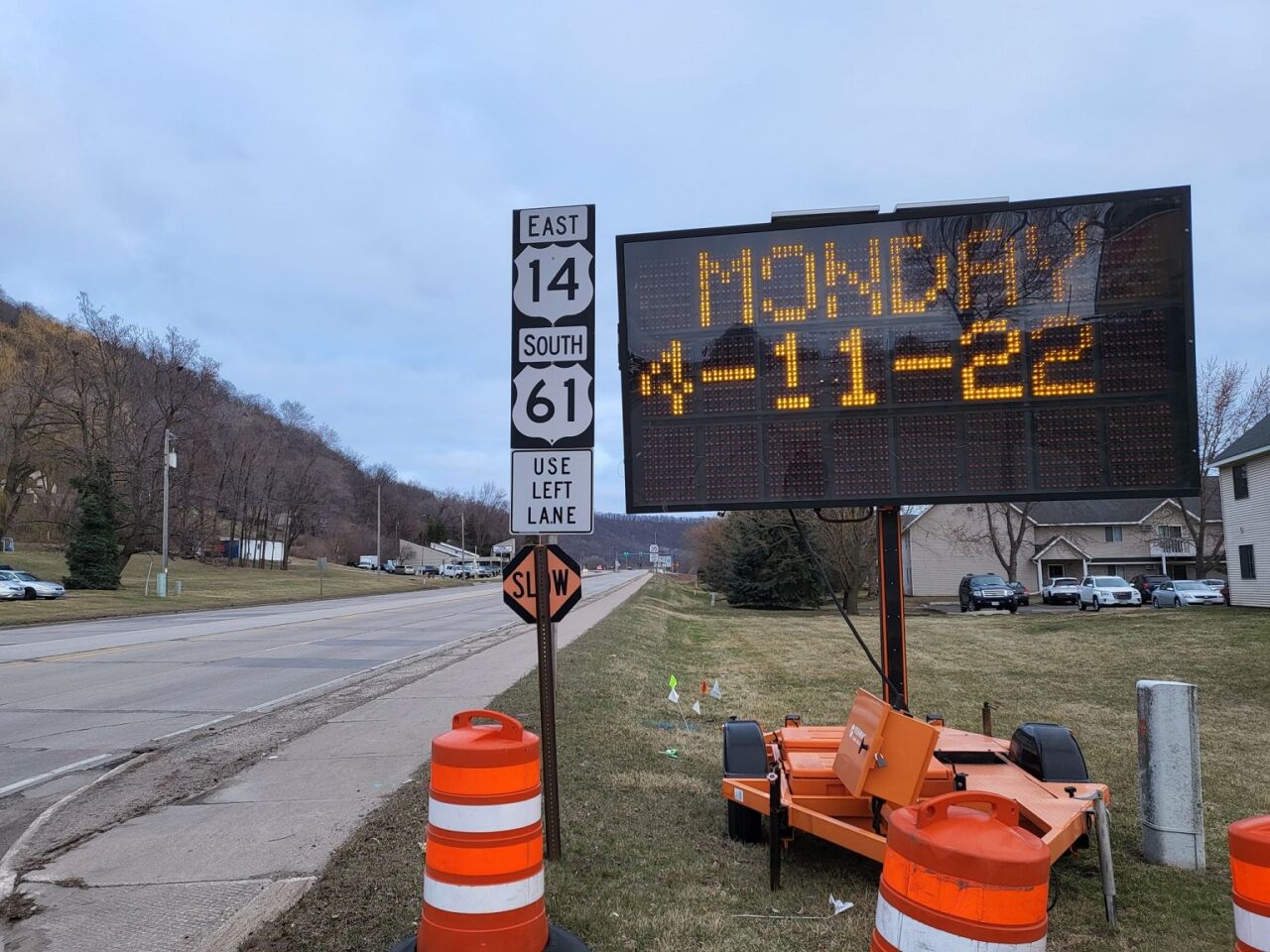 A construction sign on Monday, April 4, 2022, informs drivers that the Highway 35-US 14/61 intersection will be under construction. The Wisconsin DOT plans on converting it to a roundabout. (PHOTO: Rick Solem)

A seventh project added to the list of La Crosse County roadwork by the Wisconsin Department of Transportation for this year.

A pair of roundabouts at and just south of the Highway 35-US 14/61 intersection was added, after Gov. Tony Evers signed off on the $8.8 million project Friday.

Michael Bie represents the southwest region for the Wisconsin DOT. He’ll be joining La Crosse Talk PM to talk about some of the projects, including what would amount to five roundabouts on that stretch of 14/61.

There will be a public meeting at 4 p.m. Wednesday at All-Star Lanes on the newest plan.

“There is a great deal of construction going on this year in La Crosse,” Bie told WIZM in an email. “All told, more than $33 million in total infrastructure improvements. Can’t say how much more than previous years, but no doubt there are a lot of significant projects happening this year — more than in recent years.”

Bie added that the infrastructure deal has the DOT looking at advancing more projects in the next 2-4 years.