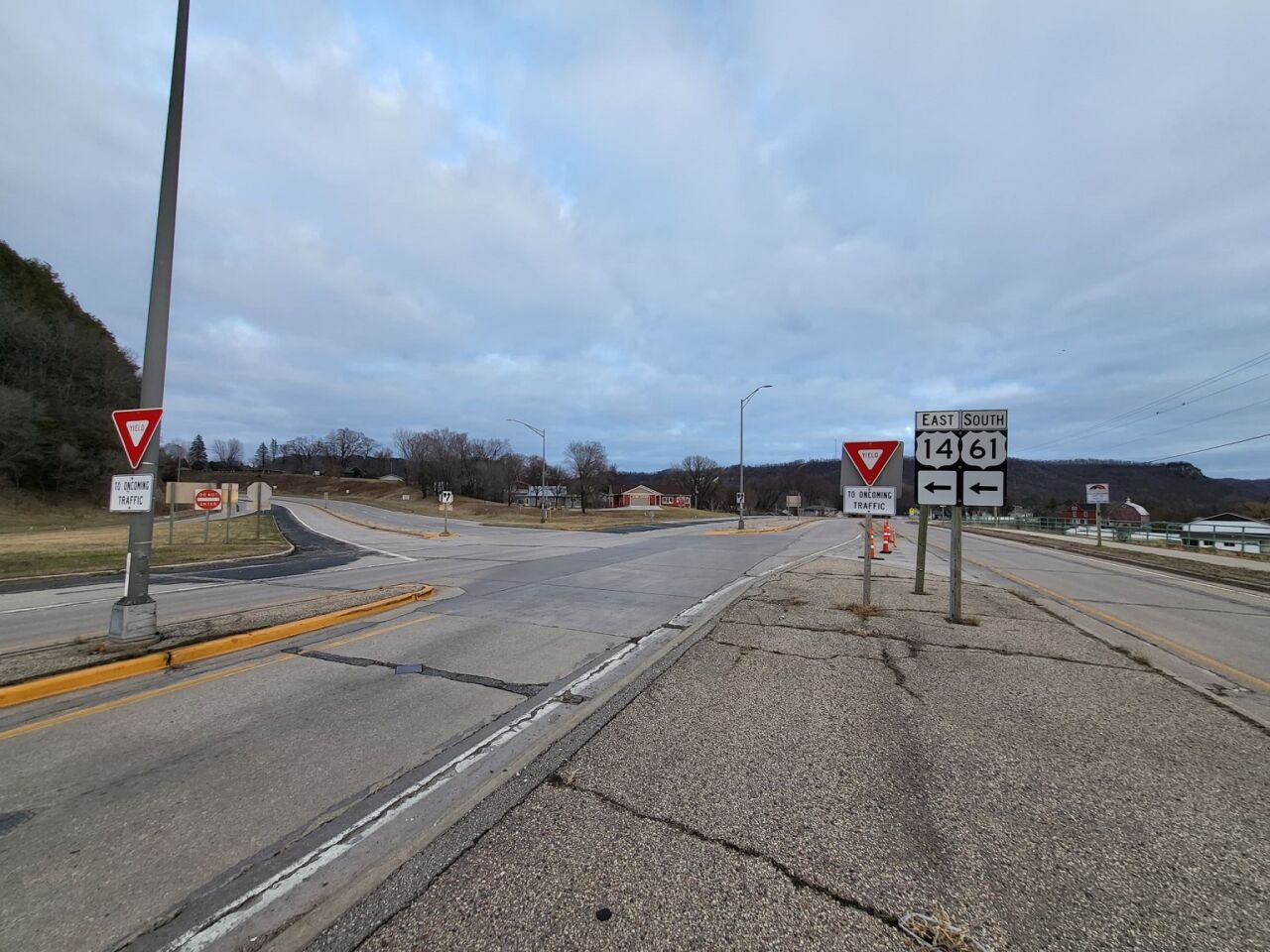 A public meeting Wednesday on some new roundabouts around a major intersection on the south side of La Crosse.

The Wisconsin Department of Transportation (DOT) is planning a multi-lane roundabout at the Highway 35-US 14/61 intersection, where the only traffic that needs to stop the way it is, is traffic coming from the east on 14/61 and heading south on Hwy. 35.

Another single-lane roundabout will be created at Sunnyside Drive, a third-mile south of there.

A public hearing with the Wisconsin DOT is scheduled for 4 p.m. Wednesday at All Star Lanes & Banquets (map).

According to the site, construction is set to begin April 11 and anticipated to end in November.

Along with the roundabouts, the DOT also plans to replace the existing pavement, shoulders, sidewalk and guardrails.

The roads will be open but with lane closures, temporary signals at the 14/61 intersection. Local residence and business will continue to have access.

A company out of Chippewa Falls is the main contractor.

This plan is in addition to three other roundabouts north on Highway 14/61, which cost an estimated $11 million.