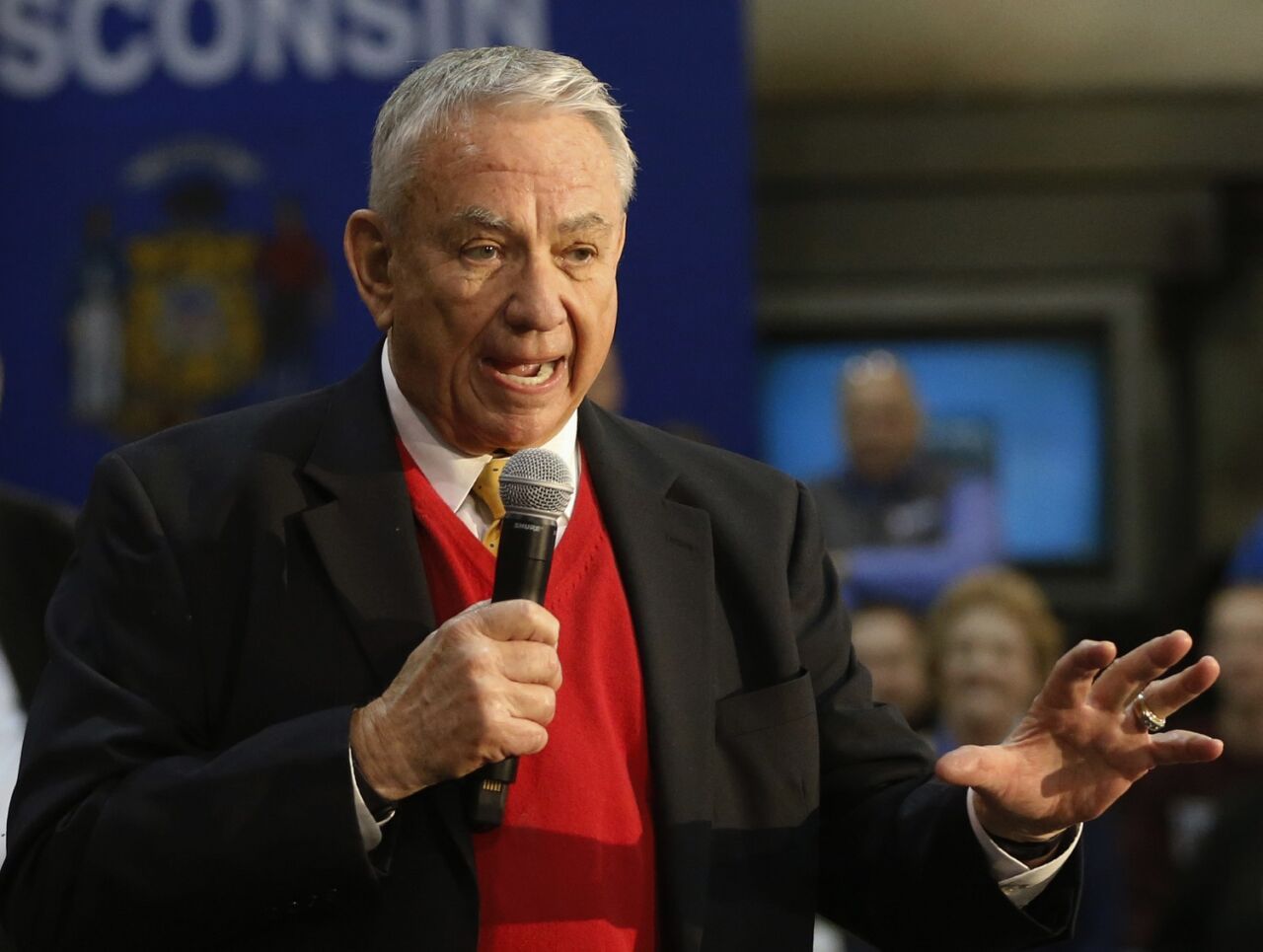 Tommy Thompson, just weeks removed from leading the University of Wisconsin System, met with former President Donald Trump on Thursday for a talk about “Wisconsin politics,” a former aide said.

Thompson was elected to four terms as Wisconsin’s governor, and earlier this year declined to rule out another bid. The 80-year-old Thompson spent almost two years atop the university system before leaving earlier this month.

Bill McCoshen, a former chief of staff to Thompson when he served as governor, said the two met at Trump’s Mar-a-Lago resort.

“The primary topic was Wisconsin politics,” McCoshen said. “They talked about the gubernatorial race, the Senate race and what it will take to win in Wisconsin. The topic of running for governor may have come up, but the purpose was to talk about Wisonsin politics more broadly.”

A Trump spokesman did not respond to a request for comment.

McCoshen said he expected Thompson to make a decision in April. The primary is in August.

Thompson was first elected to the Legislature in 1966 and was first elected governor in 1986. He resigned midway through his fourth term to serve as Health and Human Services secretary under then-President George W. Bush, and ran briefly for president in 2008.