La Crosse's Davis dominates second half for Badgers, on a tear his past 4 games 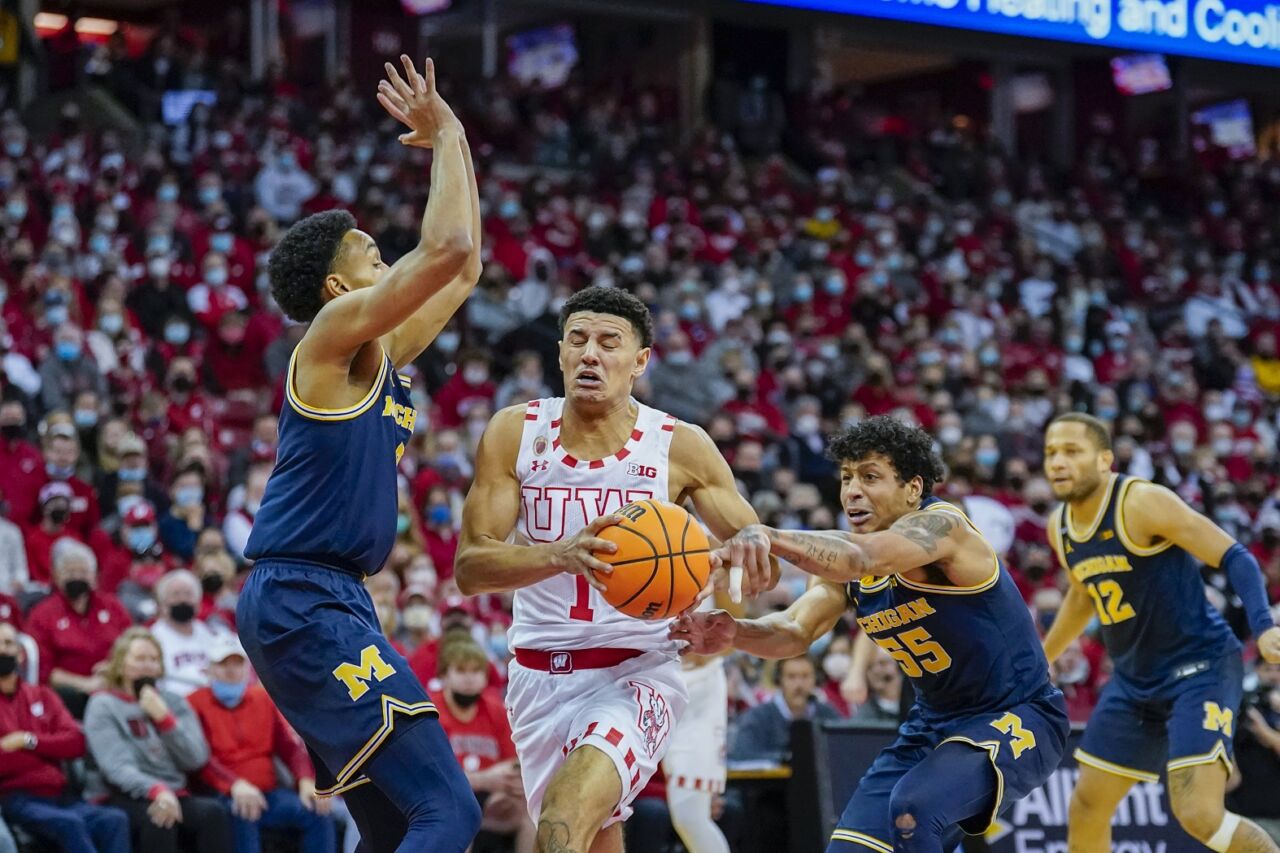 While most of the news will be about the post-game brouhaha, there was a game between the University of Wisconsin men’s basketball team and Michigan. And there was a local La Crosse star dominating that game.

Coming off a win where he scored the final 13 points for the 15th-ranked Badgers, Johnny Davis was at it once again Sunday.

The La Crosse native scored 17 of his 25 points in the second half — barely missed — as the Badgers beat Michigan 77-63.

Davis is now on a four-game stretch of pretty ridiculous efficiency for anyone, let alone a guard who is nearly solely dependent upon to score and has the entire offense go through them.

Davis finished 11 of 17 from the field and 3-for-3 from the line. The 6-foot-5 guard also had a career-high three blocks, to go with six rebounds, an assist and two turnovers.

In his past four games, Davis has shot 64.1% (34-for-53) from the field. That included last game when he took Wisconsin from down five points, and scored the final 13 of the game to get 74-69 win over Indiana.

That four-game run followed a pair of his worst shooting performances, where he was a combined 7 of 32 from the field (21.9%).

If you want to read about the Badgers postgame kerfuffle, click here.

Davis was also honored last Friday at Central High School and presented with his 2020 Mr. Basketball award, which couldn’t happen back then because of COVID-19.