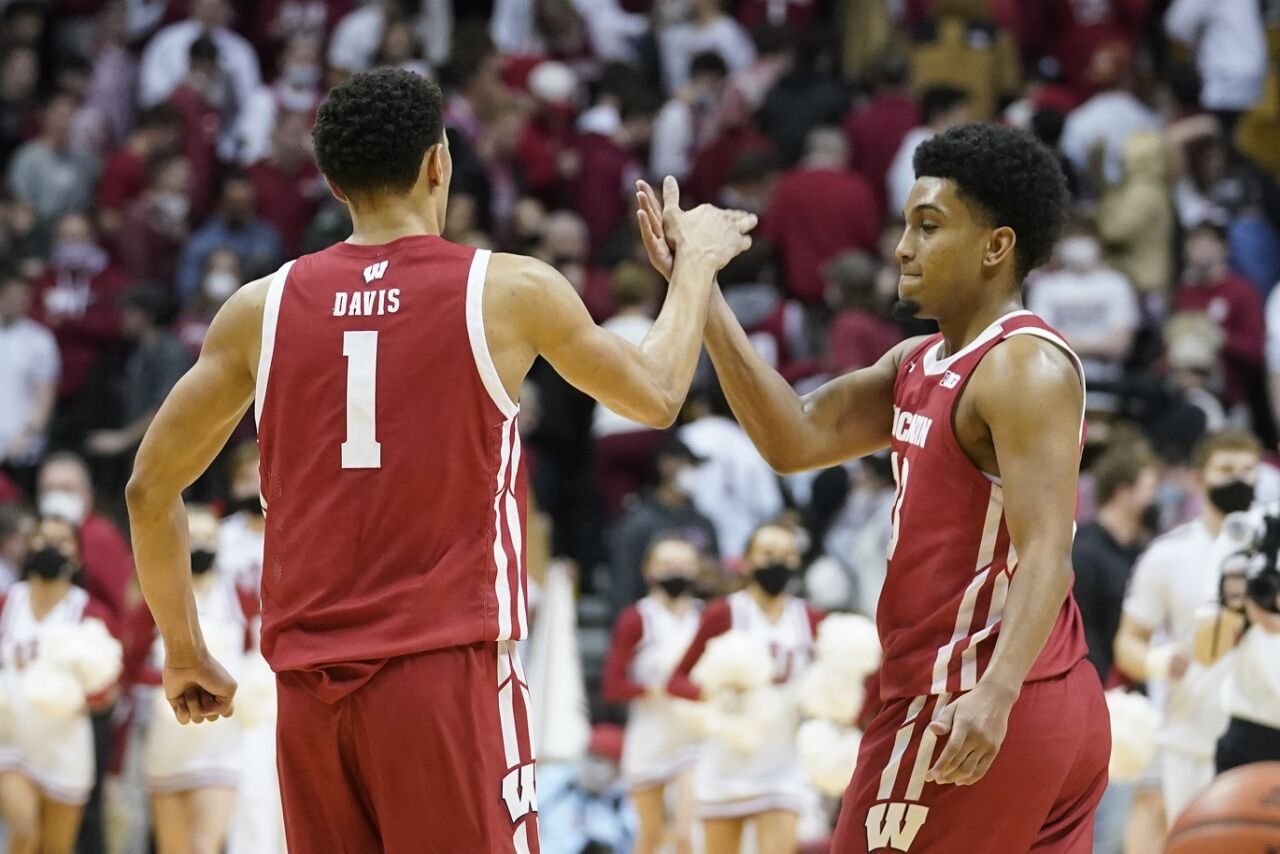 When the game was on the line, La Crosse native Johnny Davis put the University of Wisconsin men’s basketball team on his back — again.

Down five with just under 4 minutes to play at Indiana, the 6-foot-5 guard scored Wisconsin’s final 13 points to get the 74-69 win.

The sophomore finished with 30 — his second-highest point total of his career. He went a ridiculous 10-for-15 from the field — shot and missed one 3-pointer — to go with 11 rebounds, a steal, a block, an assist and four turnovers.

Leading up to that final stretch, Davis had struggled a bit. He hit his first two jumpers out of the locker room but proceeded to go 1-for-5 from the field with three turnovers.

During that final stretch, however, Davis was 3-for-3 from the field and 7 of 9 from the free throw line.

It was a bounce back game for Davis, who had just 13 points Saturday in a loss to Rutgers. He came in having his two lowest point totals of the season in the past three games.

This Indiana win was also a bit of an extension of what Davis did against Minnesota, scoring the game’s final six points, as the Badgers beat the Gophers by, of course, six points.

Davis’ career high came when he scored 37 against No. 3 Purdue. He also scored 30 points against No. 12 Houston. Davis leads the nation in scoring against Top 25 teams.