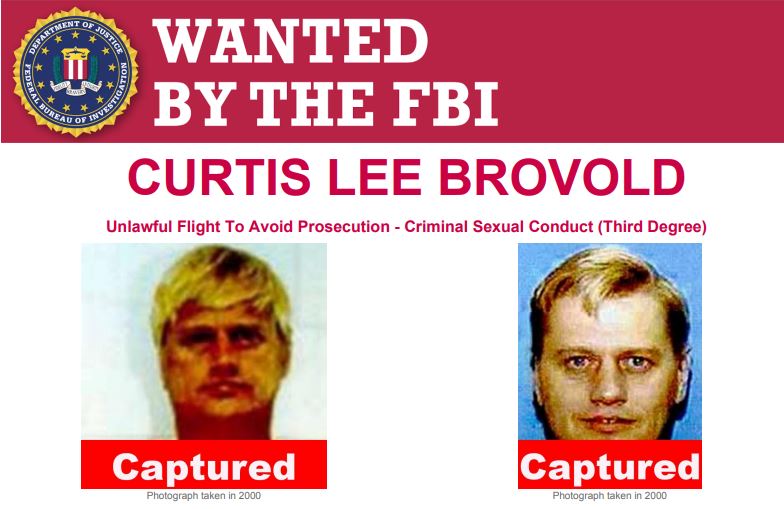 MOORHEAD, Minn. (AP) — A man accused of statutory rape of a 14-year-old girl was apprehended in Mexico on Wednesday, 21 years after he fled following his arrest in Minnesota, according to law enforcement.

Curtis Lee Brovold, 67, was accused of raping the girl from Moorhead, Minn., whom he met online in 2000.

Brovold was arrested later that year and charged with criminal sexual conduct, but he failed to show up for a court hearing and was placed on the most wanted page of the FBI’s Crimes Against Children unit.

Detectives from the Moorhead Police Department along with investigators from the FBI’s resident agency in neighboring Fargo, N.D., determined that Brovold was living in Cancun.

Brovold was arrested without incident outside his home on Wednesday afternoon.

“The FBI has two things on its side when working fugitive cases: persistence and a very long memory. Both helped lead us to Curtis Brovold,” FBI Special Agent in Charge Michael Paul said.

Brovold will be flown back to the United States and is expected to be transferred to the custody of Moorhead law enforcement, authorities said.