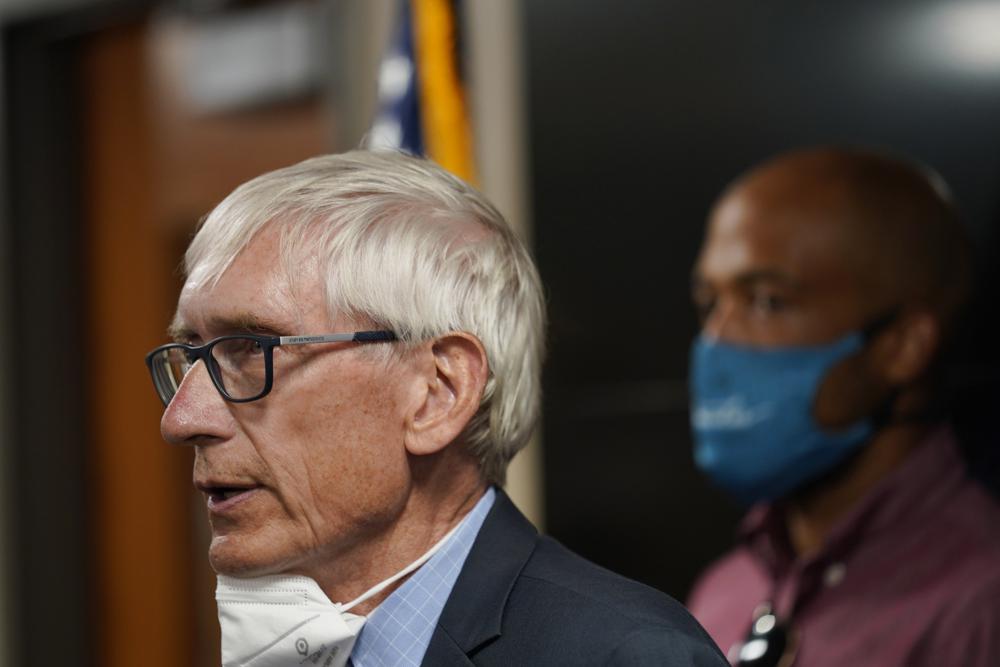 FILE - Wisconsin Governor Tony Evers speaks during a news conference Thursday, Aug. 27, 2020, in Kenosha, Wis. Gov. Evers sits for a year-end interview with The Associated Press and says he will fight a proposed constitutional amendment supported by conservatives that would change election law and he would also oppose any effort to give election duties to the secretary of state. (AP Photo/Morry Gash_File)

MADISON, Wis. (AP) — Democratic Gov. Tony Evers announced Thursday he had pardoned 54 more people, bringing his total to 391 — the most of any Wisconsin governor.

“These pardon recipients have the support of many local officials, neighbors, and community members and have earned a second chance,” Evers said in a statement.

A pardon doesn’t erase or seal a conviction, but it does restore the right to own a gun; to vote; to be on a jury; to hold public office; and to hold various licenses. A pardon doesn’t keep someone’s criminal record from showing up on background checks, but applicants often say clemency makes them more attractive to employers.

The 391 pardons Evers has granted over three years in office is more than the nearly 300 pardons that former Democratic Gov. Jim Doyle issued over eight years.