Damaging winds expected Wednesday over some Plains states, including Iowa 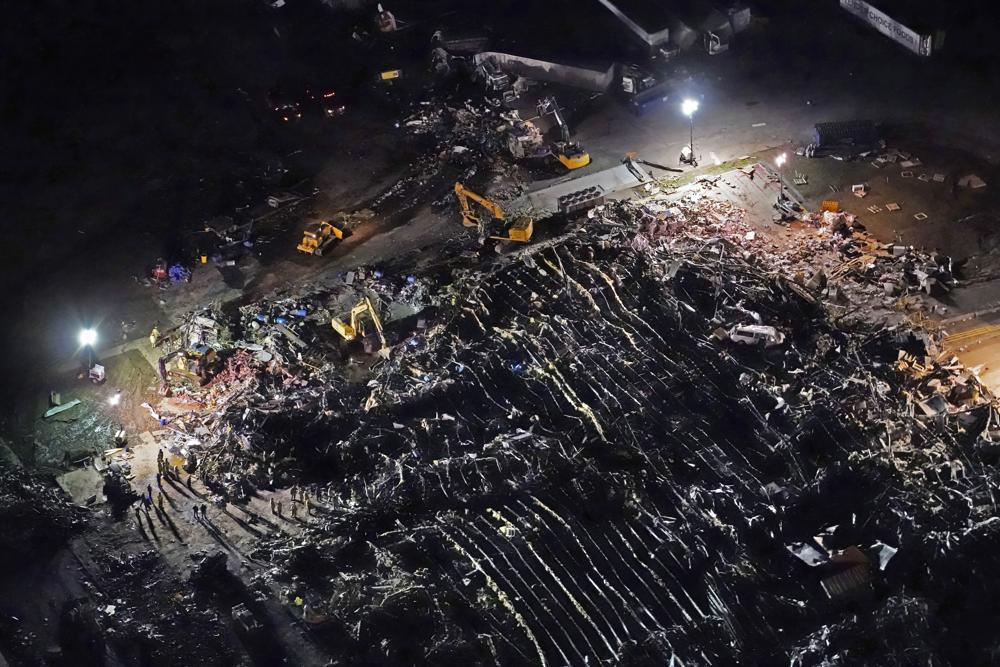 FILE - In this aerial photo, a collapsed factory is seen with workers searching for survivors, Saturday, Dec. 11, 2021, in Mayfield, Ky., after tornadoes came through the area the previous night. (AP Photo/Gerald Herbert)

The National Weather Service has issued a high wind watch starting Wednesday morning for most of Kansas and Nebraska and the northwest corner of Missouri.

Most of central Iowa is under the same watch starting Wednesday afternoon into the night.

The system’s swath starts in New Mexico and cuts across southeastern Colorado, the Texas and Oklahoma panhandles and ends in southeast corner of Minnesota, according to a weather service map.

Strong sustained winds between 25 mph and 40 mph are expected in the region, with gusts of more than 65 mph at times, the weather service reported.

Damaging winds are likely to bring down trees and power lines, making widespread power outages possible, the service warned. Driving in the winds could also be dangerous, especially for high-profile vehicles.

Cities in the path of the winds include North Platte, Lincoln and Omaha in Nebraska; Dodge City, Topeka and Kansas City in Kansas; Kansas City and its suburbs and St. Joseph in Missouri; and Des Moines, Waterloo, Fort Dodge and Mason City in Iowa.