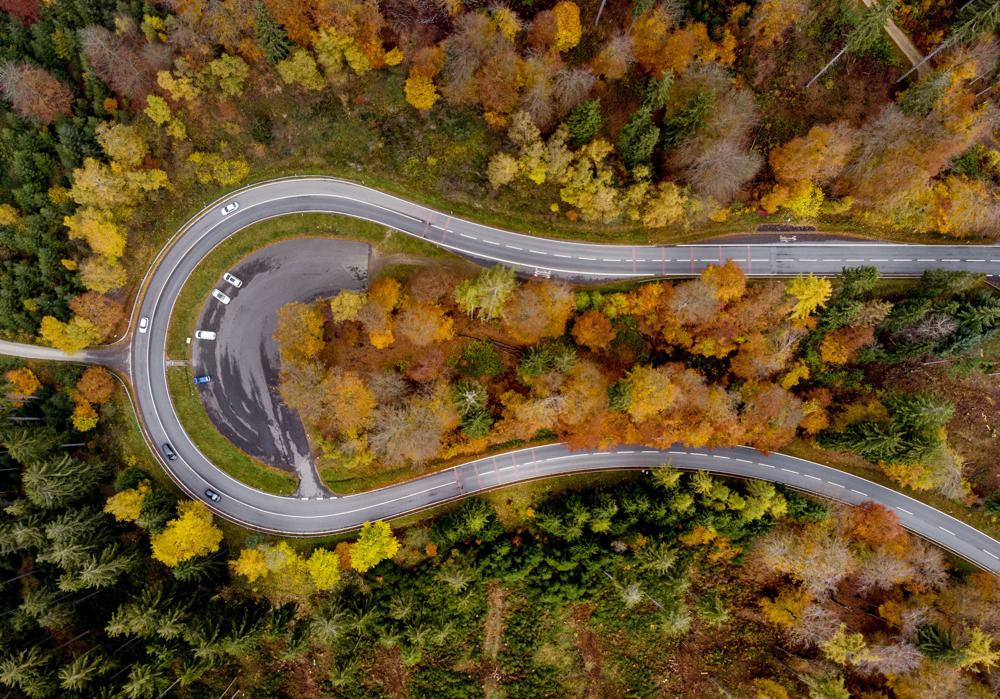 Colorful trees stand near a road through the Taunus region near Frankfurt, Tuesday, Oct. 2, 2021. More than 100 countries are pledging to end deforestation, which scientists say is a major driver of climate change. Britain hailed the commitment as the first big achievement of the United Nations climate conference in Glasgow. (AP Photo/Michael Probst)

GLASGOW, Scotland (AP) — More than 100 countries pledged Tuesday to end deforestation in the coming decade — a promise that experts say would be critical to limiting climate change but one that has been made and broken before.

Britain hailed the commitment as the first big achievement of the U.N. climate conference known as COP26 taking place this month in the Scottish city of Glasgow. But campaigners say they need to see the details to understand its full impact.

The U.K. government said it has received commitments from leaders representing more than 85% of the world’s forests to halt and reverse deforestation by 2030. Among them are several countries with massive forests, including Brazil, China, Colombia, Congo, Indonesia, Russia and the United States.

More than $19 billion in public and private funds have been pledged toward the plan.

British Prime Minister Boris Johnson said that “with today’s unprecedented pledges, we will have a chance to end humanity’s long history as nature’s conqueror, and instead become its custodian.”

Forests are important ecosystems and provide a critical way of absorbing carbon dioxide — the main greenhouse gas — from the atmosphere. Trees are one of the world’s major so-called carbon sinks, or places where carbon is stored.

But the value of wood as a commodity and the growing demand for agricultural and pastoral land are leading to widespread and often illegal felling of forests, particularly in developing countries.

Experts cautioned that similar agreements in the past have failed to be effective.

Alison Hoare, a senior research fellow at political think tank Chatham House, said world leaders promised in 2014 to end deforestation by 2030, “but since then deforestation has accelerated across many countries.”

“This new pledge recognizes the range of actions needed to protect our forests, including finance, support for rural livelihoods, and strong trade policies,” she said. “For it to succeed, inclusive processes and equitable legal frameworks will be needed, and governments must work with civil society, businesses and Indigenous peoples to agree, monitor and implement them.”

Luciana Tellez Chavez, an environmental researcher at Human Right Watch, emphasized that strengthening Indigenous people’s rights would help prevent deforestation and should be part of the agreement.

About 130 world leaders are in Glasgow for what host Britain says is the last realistic chance to keep global warming to 1.5 degrees Celsius (2.7 degrees Fahrenheit) above pre-industrial levels — the goal the world set in Paris six years ago.

Increased warming over coming decades would melt much of the planet’s ice, raise global sea levels and greatly increase the likelihood and intensity of extreme weather, scientists say.

On Monday, the leaders heard stark warnings from officials and activists alike about those dangers. Britain’s Johnson described global warming as “a doomsday device” strapped to humanity. U.N. Secretary-General António Guterres told his colleagues that humans are “digging our own graves.” And Barbados Prime Minister Mia Mottley, speaking for vulnerable island nations, warned leaders not to “allow the path of greed and selfishness to sow the seeds of our common destruction.”

Britain’s Queen Elizabeth II urged the leaders “to rise above the politics of the moment, and achieve true statesmanship.”

“Of course, the benefits of such actions will not be there to enjoy for all of us here today: We none of us will live forever,” she said in a video message played at a Monday evening reception in Glasgow’s Kelvingrove museum. “But we are doing this not for ourselves but for our children and our children’s children, and those who will follow in their footsteps.”

The 95-year-old monarch had planned to attend the meeting, but she had to cancel the trip after doctors said she should rest and not travel.

The British government said Monday it saw positive signs that world leaders understood the gravity of the situation. On Tuesday, U.S. President Joe Biden was due to present his administration’s plan to reduce methane emissions, a potent greenhouse gas that contributes significantly to global warming. The announcement was part of a broader effort with the European Union and other nations to reduce overall methane emissions worldwide by 30% by 2030.

But campaigners say the world’s biggest carbon emitters need to do much more. Earth has already warmed 1.1 degrees Celsius (2 degrees Fahrenheit). Current projections based on planned emissions cuts over the next decade are for it to hit 2.7C (4.9F) by the year 2100.

Climate activist Greta Thunberg told a rally outside the high-security climate venue that the talk inside was just “ blah blah blah” and would achieve little.

“Change is not going to come from inside there,” she told some of the thousands of protesters who have come to Glasgow to make their voices heard. “That is not leadership, this is leadership.”