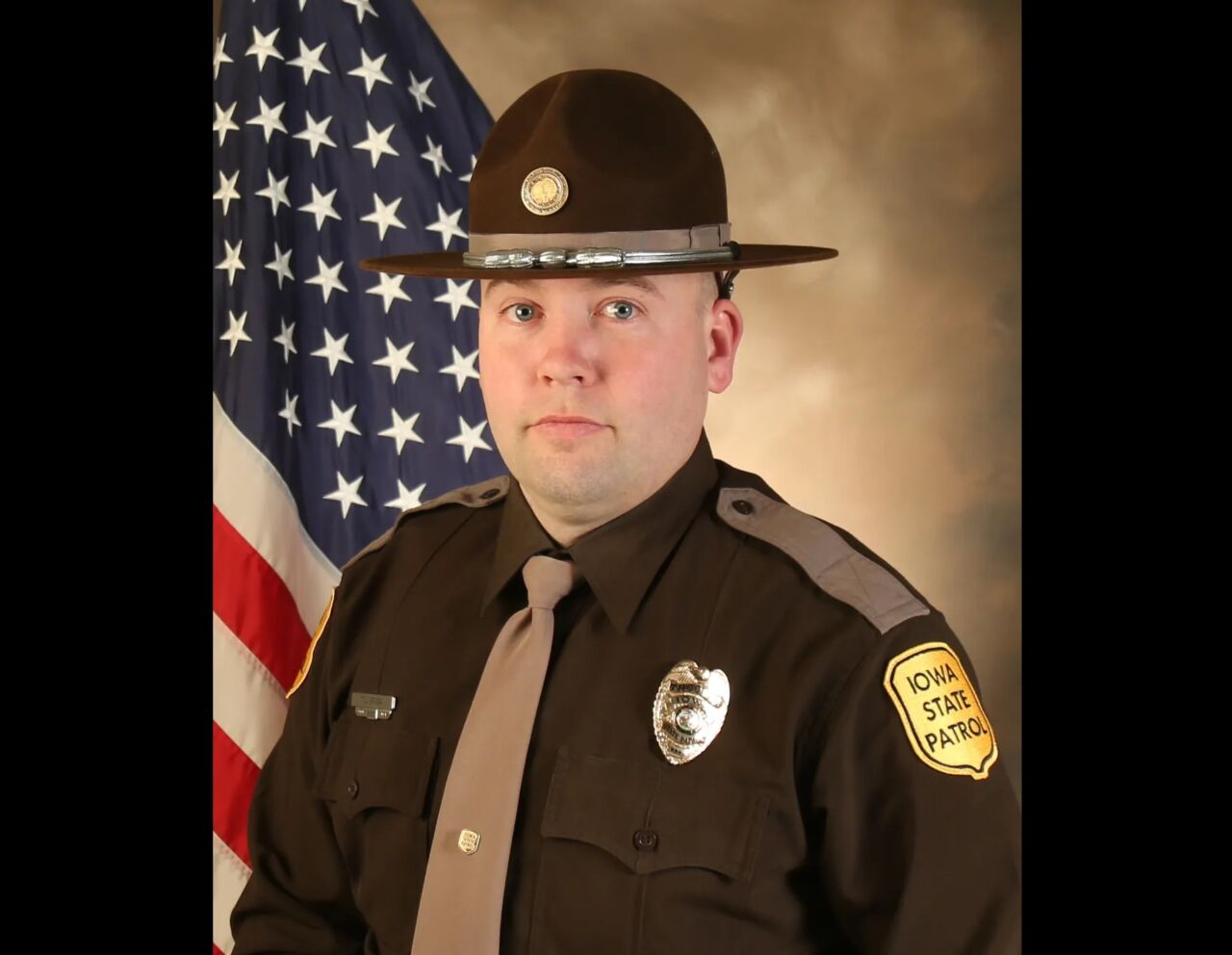 Hundreds of people, including many law enforcement officers, filled the Waukon High School gymnasium on Wednesday for the funeral of an Iowa State trooper, who died from injuries received from a car crash in the line of duty.

Trooper Ted Benda was a graduate of Waukon High. Dozens of people lined the streets of Waukon after the funeral, as Benda’s body was taken to an area cemetery.

Benda was hurt Oct. 14 in a single-vehicle crash near Postville, Iowa, while en route to help the Clayton County Sheriff’s Office with a wanted suspect. He died at Gundersen Health System in La Crosse, six days after the accident.

The 37-year-old Benda had been with the state patrol five years. He is survived by his wife, Holly, and their four daughters. The youngest child was born last month.

Benda was the second Iowa State Trooper to die in the line of duty this year.