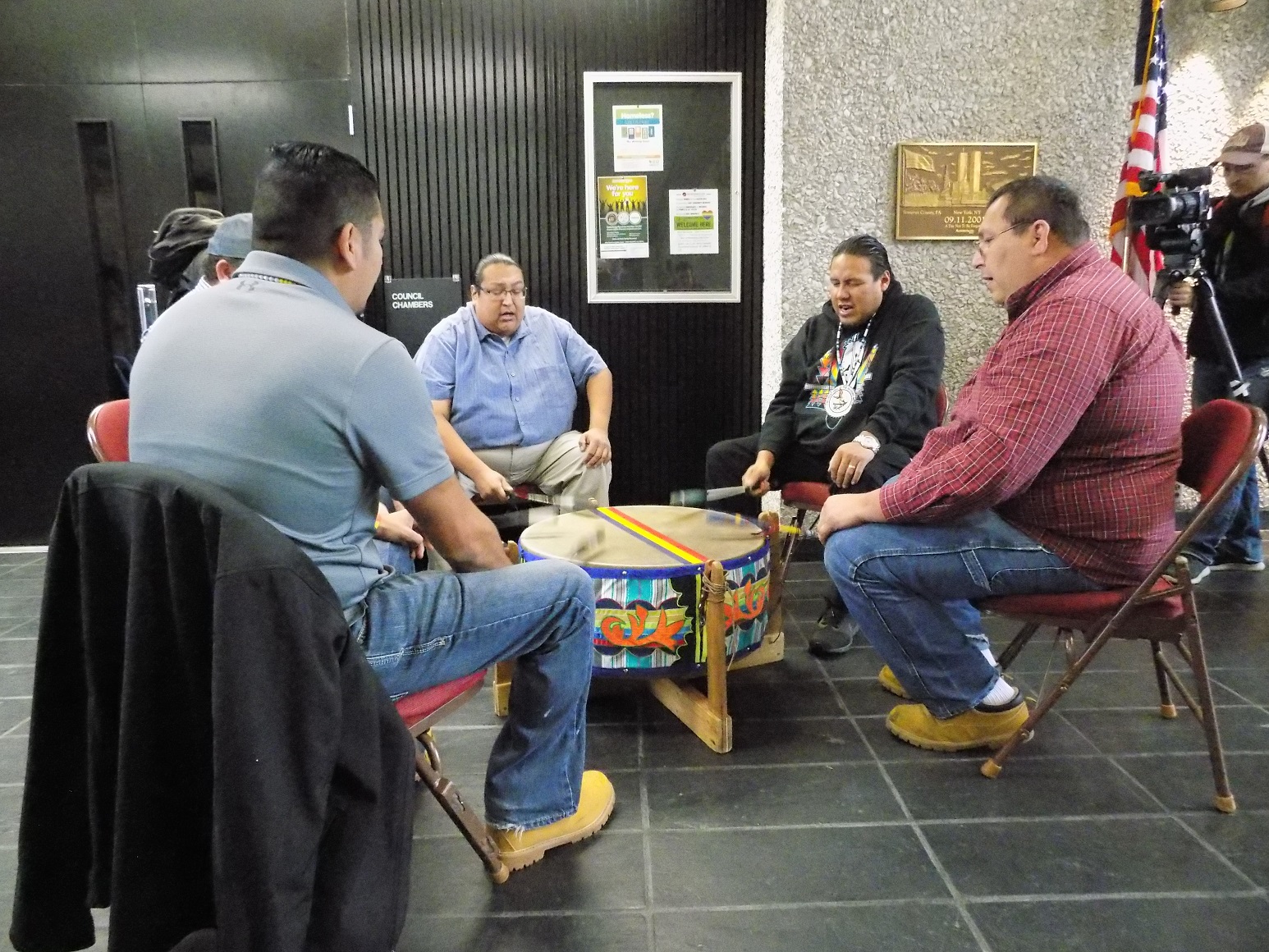 FILE - Drummers play during a ceremony marking the first Indigenous People's Day in La Crosse, back on Oct. 12, 2018.

For many government workers in the U.S., Monday holiday, and still called “Columbus Day.”

This year marks the 50th anniversary of Columbus Day being moved from Oct. 12 to the second Monday in October.

In La Crosse, however, the name of the holiday was changed three years ago to Indigenous People’s Day.

Mayor Mitch Reynolds officially declared the local day of observance during a board of public works meeting on Monday.

“Whereas the city of La Crosse shall continue its efforts to promote the well-being and growth of all people in La Crosse who identify as indigenous, native American Indian, or first peoples,” the mayor said, “now therefore, I, Mitch Reynolds, mayor of the City of La Crosse, do hereby proclaim Monday, October 11th, 2021 Indigenous People’s Day.”

The proclamation also noted that Washington has not made such a change.

Reynolds says the federal government “has chosen to honor Christopher Columbus, a man whose life included violence and enslavement of native peoples.” Italian-Americans continue to mark the Columbus Day holiday as a celebration of Italian pride.

Former Mayor Tim Kabat established Indigenous People’s Day in La Crosse in 2018, and the following year, a celebration honoring native people in the region was held at Myrick Park.

There was no formal celebration of the holiday in La Crosse last year, because of the pandemic.