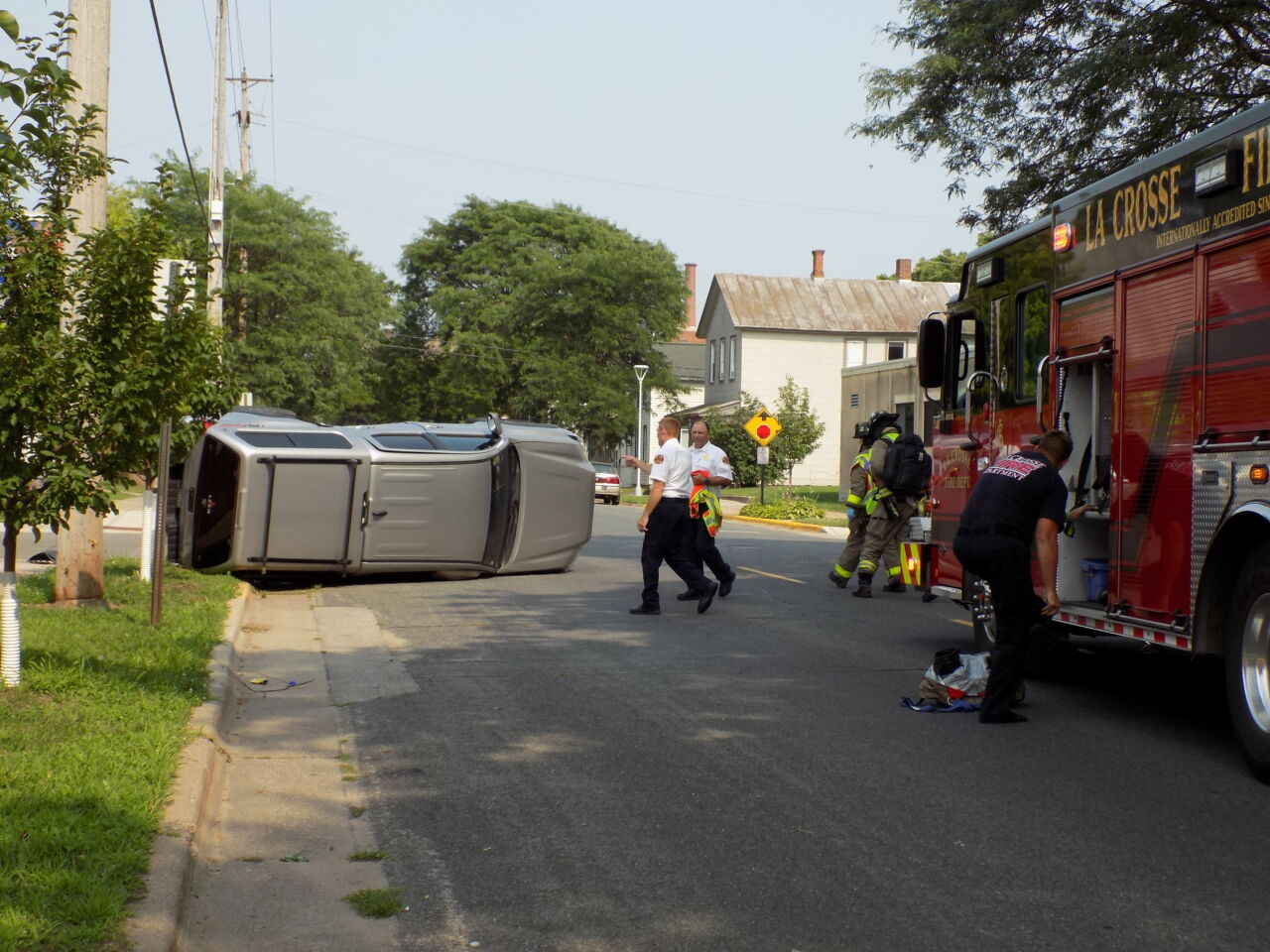 In the midst of a dedication ceremony of a fire truck, La Crosse Mayor Mitch Reynolds had to stop his speech, as a rollover accident happened just a block up from the fire station on Market Street.

It happened about 30 minutes before the mayor joined La Crosse Talk PM in studio. Also discussed was, of course the Bucks, as well as some city issues, including construction projects, the La Crosse Center and the five-year capital budget.