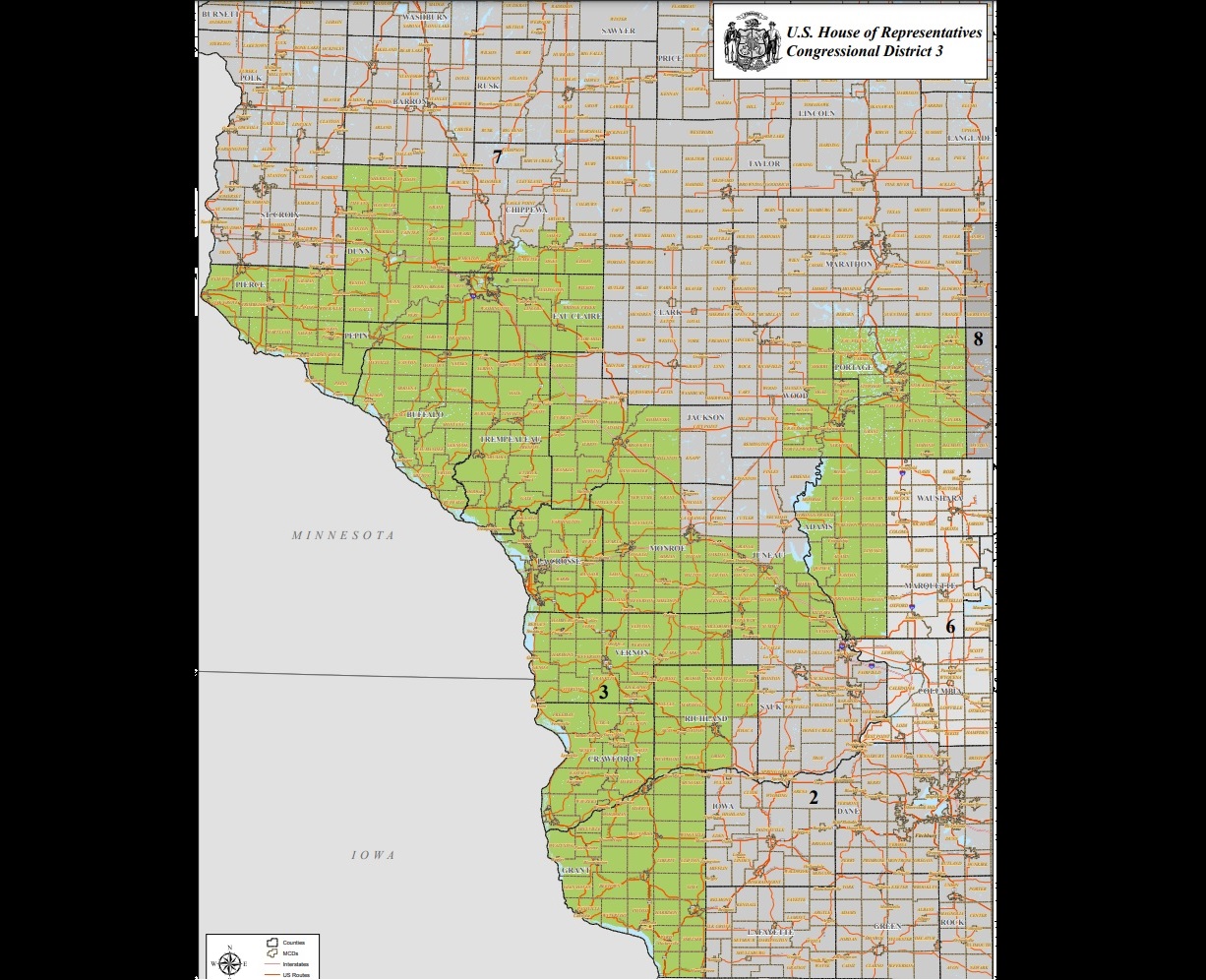 Wisconsin is one of the most competitive swing states in the country.

Democrats have won every statewide election in the last four years, including U.S. president, governor, U.S. senator and attorney general. Yet Republicans have easily held five of the state’s eight seats in the U.S. House for all of the last decade. And they nearly took a sixth in the 2020 election.

Some experts say gerrymandering is at least partially to blame for that. Others say mostly.

After Republicans won full control of state government in 2010, the hyper-efficient redistricting they conducted in 2011 gave the party a nearly unbreakable hold on a majority of congressional seats, as well as both houses of the legislature.

Even when Republicans have lost the majority of the total vote in the state legislature — as they did several times last decade — they still held those majorities of seats.

The gerrymandering process also created eight congressional districts in which incumbents from both sides of the aisle rarely, and usually never, face a serious challenge from the other party.

Many experts warn this result of gerrymandering, which creates safe seats for both parties, leads to hyperpartisanship and gridlock in government. Wisconsin, one of the most politically competitive states in the country, usually sees double-digit blowouts in its uncompetitive congressional races.

The Badger Project has put together a side-by-side comparison of how the eight congressional districts changed in the 2011 redistricting process to show how Republicans gave themselves a partisan advantage.

Politicians from both parties do this across the country, but in Wisconsin, Republicans have been the ones benefitting from gerrymandering. And let’s not forget, Wisconsin Democrats had full control of state government in 2009. Despite a push from inside and outside the party to enact a nonpartisan redistricting commission, similar to the one in Iowa, they declined to do so.

This year, following the 2020 Census, the district maps must be redrawn again. But without the complete control of state government they had in 2011, Republicans face an almost certain veto of their maps by Democratic Gov. Tony Evers, a unique wrinkle of Wisconsin politics.

This will send the redistricting power to the courts. But will it end up in the Wisconsin Supreme Court, or federal court? And what will that court decide? Time will tell.

This district has been held by Ron Kind since 1996

“I believe that one of the redistricting goals, in 2011, was to help protect (the Republican incumbent in the 7th District to the north) by shifting some Republican voters — looking at past historical voting patterns — into the 7th District.  Southwest of the district was the 3rd, securely held by (Democrat) Congressman Ron Kind since 1996. This district was somewhat crescent-shaped and followed the Mississippi River, from St. Croix County in the north to Grant and Lafayette Counties in the south.

“The areas primarily involved in this redistricting were from St. Croix County (which was becoming more like a suburb of the Twin Cities), Clark and parts of Monroe and Jackson counties, areas identified as more likely to vote Republican, and move all or parts of Democratic-leaning Wood,  Adams,  Portage and Eau Claire into the 3rd. This was expected to solidify (Republican) hold on the 7th and increase Kind’s security in holding the 3rd. The 3rd district (changed) from a crescent to more of a “Y” shaped district, which now included the cities of Stevens Point and Wisconsin Rapids in central Wisconsin.

“In the 2020 November election, with President Trump again on the ballot, and against a very competitive and well-financed Republican opponent, Derrick Van Orden,  Kind’s margin of victory narrowed to about 51% of the vote and he won only by about 11,000 votes (out of 314,000 votes). He won by doing well in the urban centers of the district, while Van Orden carried virtually all of the rural counties Thus, over the 10 year period, the district went from a “safe” Democratic to a much more competitive one.”

“In an effort to ensure that (the incumbent) easily retained the (7th Congressional) District (to the north), Republicans removed the Democratic areas of Portage County and half of Wood County from the (7th), placing them in Democrat Congressman Ron Kind’s 3rd District. Prior to this change, Kind represented the western part of the state, often referred to as the Mississippi River District.  His new constituency included Democratic-dominated central Wisconsin cities of Stevens Point, place of the University of Wisconsin-Stevens Point, and Wisconsin Rapids, an industrialized city that had been dominated by the paper industry. Interestingly,

“Republicans moved some GOP areas, as shown by their vote for former President Donald Trump, into Kind’s district to replace other Republican areas that had to be moved into Duffy’s district to maintain districts of equal population.  Most notably, Adams and Juneau Counties are now part of Kind’s district. This has the effect of making Kind vulnerable, illustrated by Democrats fearing that this district could be lost. While Kind held the district in 2020, the strong vote for Trump has put the district in the competitive column.”