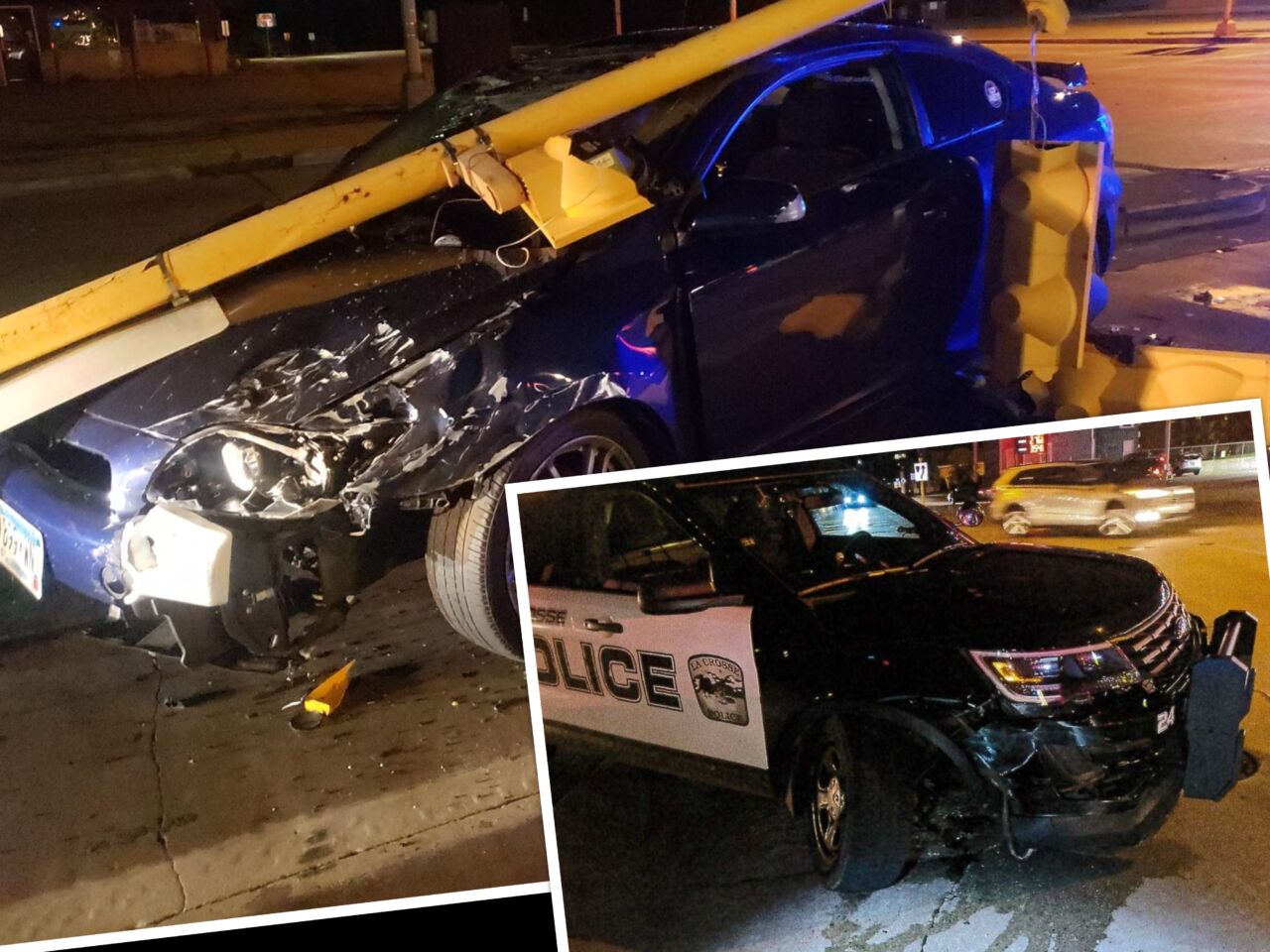 The front end of a La Crosse Police SUV (right) was smashed after it was hit by a car (left) running a red light at West Avenue in La Crosse, around 9 p.m. May 3, 2021 (PHOTO: La Crosse Police)

A 19-year-old allegedly drinking and driving hit a La Crosse Police squad car at about 45 miles per hour while running a red light through West Avenue.

Jacob Schwalbach, charged with “OWI while causing injury,” was headed south on Lang Drive around 9 p.m. Monday, when he ran the light and hit a police SUV that was traveling on La Crosse Street.

Schwalbach’s car then nailed a stop light, which toppled onto his car.

La Crosse police say their officer had minor injuries, which were treated at the hospital.

The report doesn’t say whether Schwalbach was injured, however. He was immediately taken to the La Crosse County jail.

Along with OWI, Schwalbach was charged with running the light and possession of drug paraphernalia.