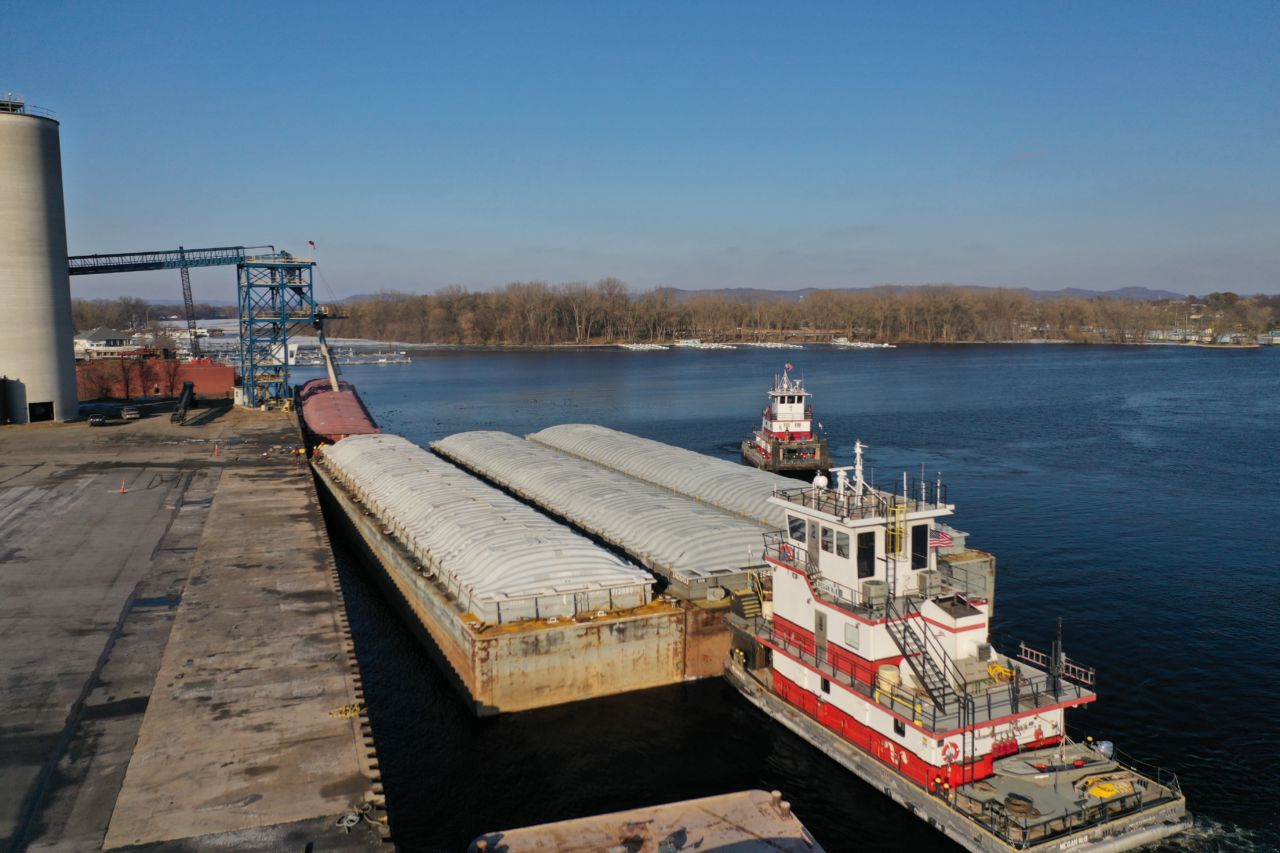 It’s officially spring on the calendar, and on the Mississippi River.

On Friday, the first towboat of the season made it upriver to Lock and Dam 3 near Red Wing, marking the start of the 2021 navigation season.

The Motor Vehicle R. Clayton McWhorter originated in the Quad Cities of Iowa and Illinois and was pushing 12 barges en route to St. Paul.

It had earlier passed through Lake Pepin, in the Lake City area. The lake is the last major barrier to spring navigation because its ice is the last part of the river to break up.

The Corps of Engineers says a 15-barge tow can move as much bulk commodities as 1,050 semis or more than 200 rail cars.