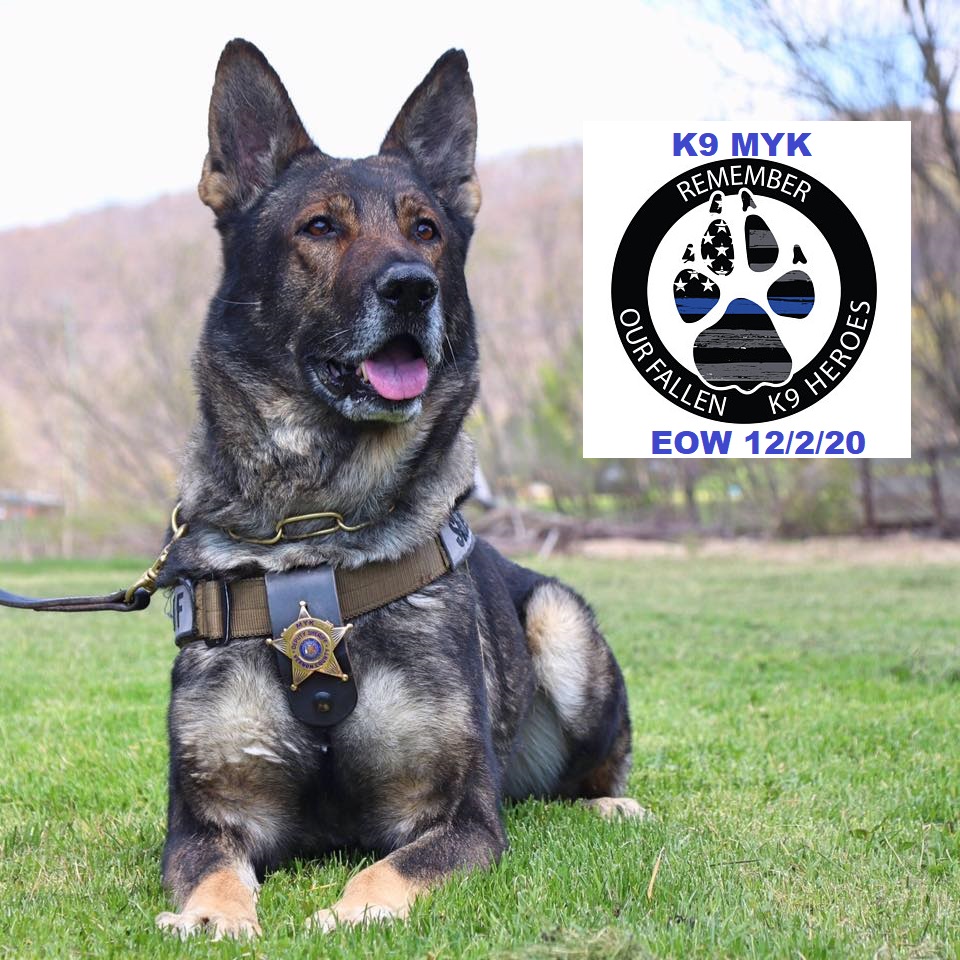 The Vernon County Sheriff’s Office will say goodbye to a beloved member of its team with a memorial service Wednesday, Dec. 16.

Sheriff John Spears said it was with great sadness that he reported the untimely passing of K-9 Officer Myk. Myk was born in Germany on April 26, 2010, and later imported to the United States.

“Because of the diligent work of our citizen canine committee and generous donations from the community, Myk became a sworn, full-time member of the Vernon County Sheriff’s Office in July of 2012,” Spears said.

Myk participated in tracking, search and rescue, detected countless amounts of illegal substances, and aided in criminal apprehension and officer protection, according to the sheriff’s office.

“Myk was known for greeting fellow officers and loved all the attention he truly deserved,” Spears said.

To honor Myk’s service and dedication, a memorial service, with law enforcement honors, will be held virtually at the Sheriff’s Office, Wednesday, December 16th, at 3:00 PM. A video will be released soon after the service.

“We extend our sympathy to Deputy Bellacero and his family, fellow officers, and all those who dearly loved Myk. May he rest in peace,” Spears said.

Sheriff Spears said he remains committed to continuing the K-9 program so Myk’s legacy will live on.