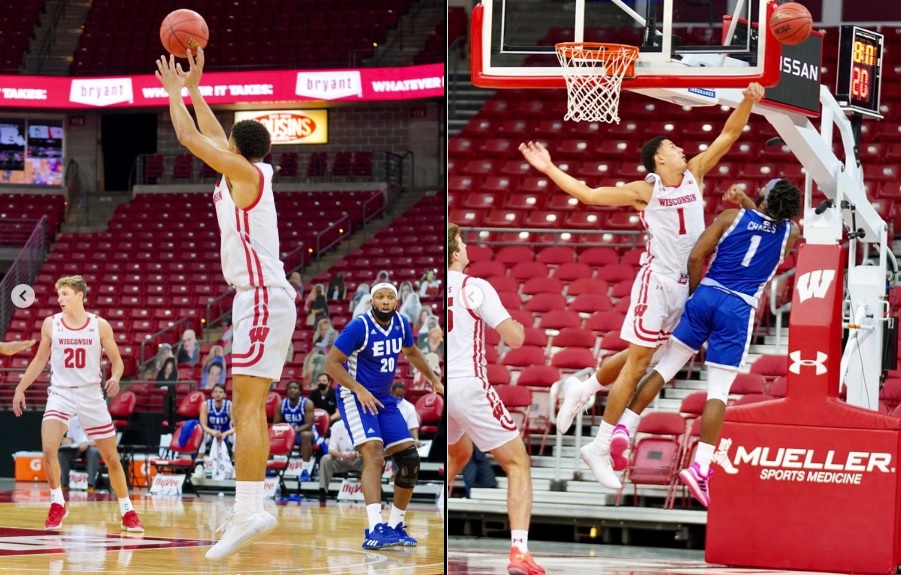 Fresh off his collegiate debut, we’ll see what La Crosse native Jonathan Davis can do Friday.

The University of Wisconsin men’s basketball team hosts Arkansas-Pine Bluff (0-1) at 8 p.m. from the Kohl Center.

Davis, a Central High School graduate, scored eight first-career game — all in the first half of a 77-67 win over Eastern Illinois on Wednesday.

Here was his first-ever bucket:

The 6-foot-5 guard was 4 of 7 from the field and added two rebounds, an assist, steal, block and two turnovers.

He chose the Badgers over Minnesota, West Virginia, Marquette, Iowa, UNLV and DePaul.

His brother, Jordan Davis, also on the Badgers did not play.