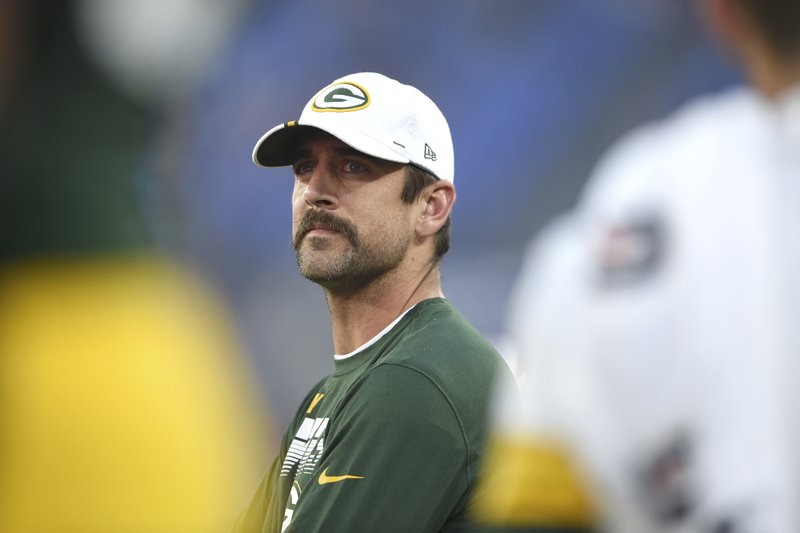 Ace this one, and Indy will be well on its way to claiming the title of NFL’s stingiest defense.

“You can tell everybody’s on the same page and they fly around. It’s one of the faster units we’ll have played this year,” Green Bay coach Matt LaFleur said. “They’re physical, they know how to attack the ball. And it’s hard to get big plays on them. So we’re going to have to do a great job.”

They’re No. 1 in overall defense, No. 2 against the pass, No. 3 against the run, No. 4 in scoring defense and No. 6 in turnover differential. They’re tied for second in interceptions with 11, have scored three touchdowns and had two safeties. And for the first time in years, it’s the defense that has helped Indy grab a share of the AFC South lead.

But Colts coach Frank Reich, a longtime NFL quarterback, knows just how difficult Rodgers can be on opposing defenses.

“He can make every throw from every arm angle and he gets it out faster than anybody I’ve ever seen,” Reich said. “He can give that little flick of the wrist to get that thing out. His feet don’t have to be right, because of his arm strength he can put the ball anywhere he wants. Then he can extend plays.”

While Rodgers remains the leader of the Packers (7-2), LaFleur has tried to alleviate some of the burden on his quarterback. Aaron Jones and Jamaal Williams have emerged as a dynamic duo out of the backfield, and Davante Adams is one of the league’s top receivers.

Together, they have pushed Green Bay to the top of the NFC North and the Packers are the first team in NFL history to average 30 or more points per game while committing five or fewer turnovers through nine games.

The question is whether the Packers run defense will improve after allowing 337 yards rushing and two 100-yard runners over the past three games.

Rodgers will poke and prod the Colts defense, trying to find areas he can exploit. Indy expects nothing less and intends to stand up to the best.

“I know he’s looking for weakness,” said defensive end Justin Houston, the 2014 NFL sacks champ. “He’s going to try to attack you, make sure you’re playing sound football, try to get the defensive line to jump offside. He’s known for his hard counts and when you have that much experience, it’s like having a coach on the field. We’ll have our hands full.”

A month ago, Philip Rivers’ critics questioned whether the 38-year-old quarterback was holding back Indy’s offense.

But over the past four weeks, Rivers has played at a high level. He’s 106 of 159 (66.7%) with 1,168 yards, seven touchdowns and three interceptions. The eight-time Pro Bowler is expected to make his 234th consecutive start, tying Eli Manning for the 10th-longest streak in league history. And if he finishes with a passer rating of 100 or better, he’ll tie former Packers star and Hall of Famer Brett Favre for No. 4 on the league’s all-time list with 108 games with a rating of at least 100.

For Rivers, it’s fun to face players of Rodgers’ stature.

“I’ve always appreciated and thought it was special going against a quarterback like him,” Rivers said. “Going back through the years from the Favres to the (Peyton) Mannings, with Drew (Brees) and (Ben) Roethlisberger and Eli (Manning) and I could keep going — (Tom) Brady. I’m not intentionally leaving anyone out. It is special.”

For Rodgers, it’s becoming old hat. Rivers will be the seventh quarterback in his 30s or 40s that Rodgers has played this season. He’s already gone up against 32-year-old Kirk Cousins twice, 32-year-old Matthew Stafford, the 41-year-old Brees, 35-year-old Matt Ryan and 43-year-old Tom Brady.

In the 1960s, this was one of the most compelling matchups in football. But since the Colts moved to Indianapolis in 1984, it’s been a one-sided road show for the Packers. They are 0-4 all time at the RCA Dome and Lucas Oil Stadium, losing 30-27 in 2012, Andrew Luck’s rookie season, during their previous visit.

Green Bay and Indy both have strong offensive lines and it’s reflected in the numbers. Indy has allowed a league-low nine sacks this season. The Packers have allowed 11, tied for the third-lowest total. And with Packers left tackle David Bakhtiari returning from a broken rib last week, both lines should be at full strength Sunday.