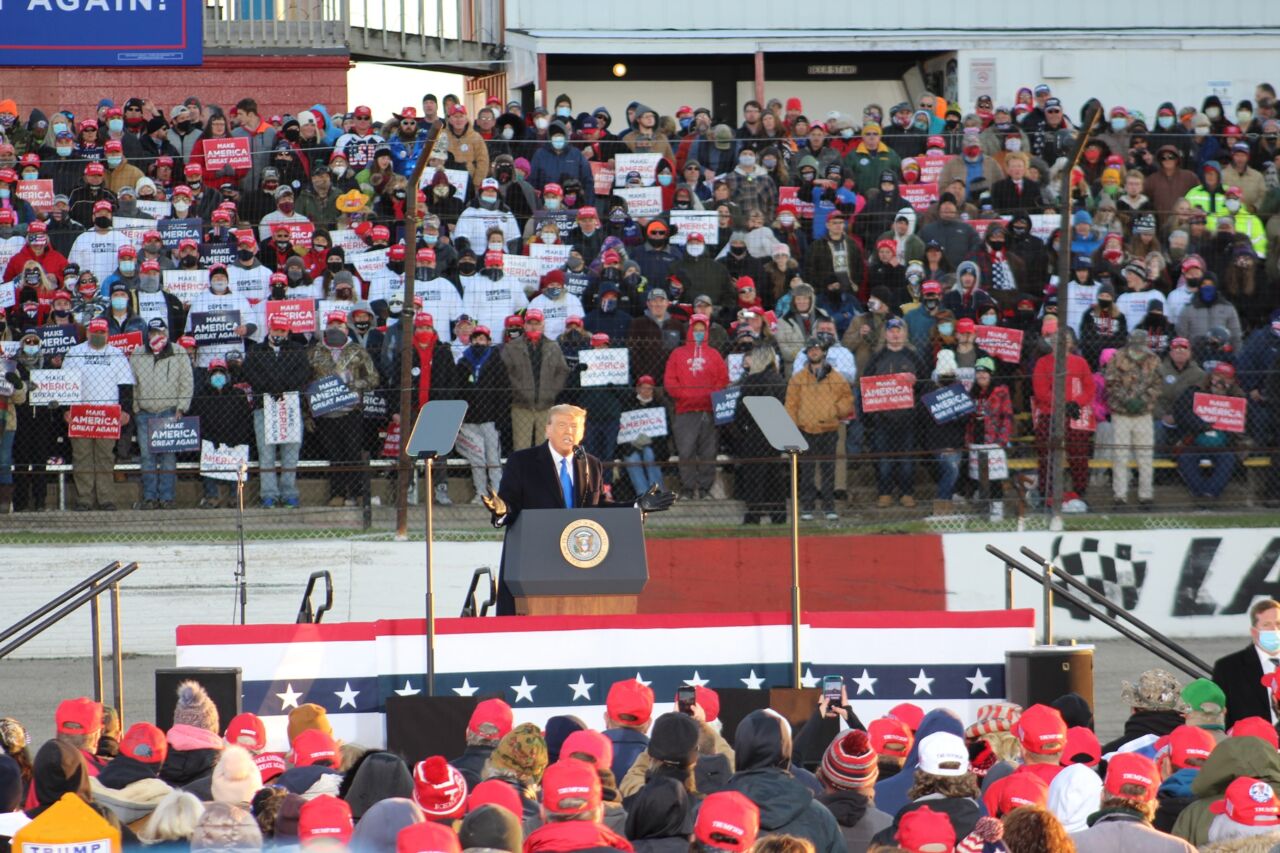 President Donald Trump’s reelection campaign long maintained there were thousands of new supporters tucked into rural, red pockets of the country who would come out and vote for the president when asked.

On Election Day, it put up some proof.

With the race unsettled in several key battlegrounds, Trump’s strong Election Day surge may not be enough to overcome a Democratic operation that also turned out its vote. With votes still being counted, the total turnout has already surpassed 2016 levels.

But the tight presidential races and unexpected Democratic losses in congressional races demonstrated the resilient power of Trump’s appeal with rural, white voters and a growing polarization that may outlast his leadership.

William Frey, a demographer with the Brookings Institution, said the Trump campaign strategy is tenuously built on increasing support in places that are losing population, while the Democrats’ rely on groups with growing cities and suburbs.

“The clock is ticking,” Frey said. “But in this election we found it’s not ticking fast enough for the Democrats.”

Even as the winner of the White House was unclear, Republicans had victories to celebrate Wednesday and white, rural voters to thank.

In Iowa, Democrats had hoped to pick up a Senate seat, but Trump won the state handily on the strength of his rural turnout and GOP Sen. Joni Ernst held her seat.

Democratic Rep. Abby Finkenauer lost her reelection bid in the eastern part of the state as Trump bolstered his margins in rural areas like Buchanan County just west of Dubuque. Trump won the rural county, which is 96% white, by 15 percentage points in 2016. That margin jumped to 21 percentage points this year.

In North Carolina, Trump picked up 2,400 votes over his 2016 total in tiny Columbus County, near the South Carolina border. He repeated that pattern across the state’s vast rural areas, blunting the Democratic surge in its urban base.

Democrats had hoped to win the state outright for Biden and oust Republican Sen. Thom Tillis as part of their effort to win majority control of that chamber. Both races were too early to call Wednesday.

To be sure, Democrats also mobilized their voters to drive what may be historic turnout levels. Those Democratic voters were more likely to vote early and by mail — meaning their votes were slower to be counted. As the vote counts increased, several key battlegrounds — including Wisconsin and Michigan — became Biden victories and Trump’s leads were was narrowing in Pennsylvania and Georgia.

But an Associated Press analysis of results found the strong turnout — so far — was tilted in Trump’s favor. In counties where vote totals were higher than the last presidential election, Trump increased his margins more than his Democratic opponent did, when compared to 2016 nominee Hillary Clinton’s vote. While the differences were small — an average of 0.2 percentage points — it’s enough to tally up tens of thousands of additional voters.

There were many of these high-turnout areas — the country tallied at least 140 million votes, surpassing the 2016 total. The number is expected to keep growing, especially as California slowly counts millions of additional ballots, a process that can take weeks. Determining the national turnout rate will take as long or longer.

Experts believe this election could feature the highest turnout rate — the percentage of the eligible population that votes — since before all women were granted the right to vote in the 20th century.

One of the counties to surpass its 2016 turnout was Butler County, Pennsylvania, a stretch of suburbs and towns north of Pittsburgh, where Trump won two-thirds of the vote and racked up a 36,000-vote margin in 2016. His margin was a few hundred votes higher this year.

One of them as Anastasia Longo, 20, who was excited to vote for the president in her first election. “I believe Trump will win and I want to be part of it,” she said in an interview before going to cast her ballot on Election Day with her best friend.

Democrats too saw increasing margins in significant parts of the country. Biden improved over Clinton by 1.5 percentage points in cities with more than 1 million population. But Republicans argue that Democrats’ gains are largely among white, college-educated voters in urban areas and their suburbs, a group that already participates heavily in elections.

“You can’t really squeeze more out of” those educated voters, said Patrick Ruffini, a Republican data analyst. But white voters who did not graduate from college — the core of Trump’s support in these areas — vote at lower rates, so there will always be more ground to be gained from them.

Going forward, Ruffini said, “it seems Republicans have an advantage” in the turnout game.