August windstorm that took out Cedar Rapids, as it tore through Midwest, deemed second-costliest of 2020

Iowa to step up traffic enforcement to slow road fatalities

‘Past the point of no return’? Iowa Dems feel hopes fading 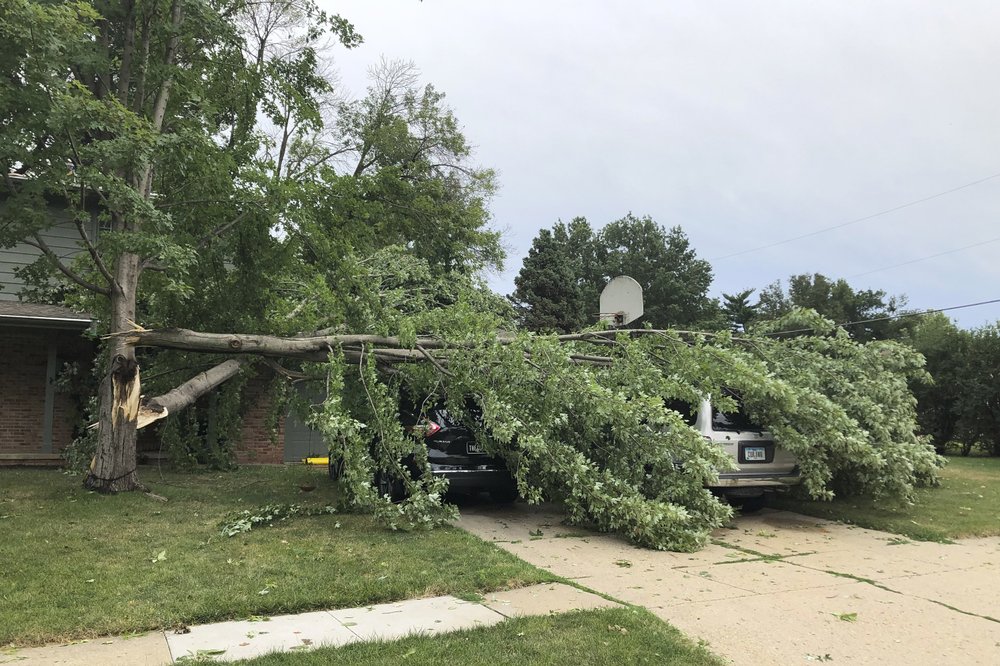 It’s being deemed the second-costliest U.S. disaster of 2020, so far.

Estimates from a rare wind storm that slammed Iowa, Minnesota and other parts of the Midwest back in August total about $7.5 billion, according to a new report from the National Oceanic and Atmospheric Administration. Only Hurricane Laura was costlier for landfall storms at around $14 billion.

The storm known as a derecho (deh-REY-cho) saw winds of up to 140 miles per hour flatten homes, trees, power lines and crops.

National Weather Service meteorologist Allan Curtis told the Des Moines Register that the derecho caused such extensive damage because it lasted for roughly 14 hours and hit crops when they were especially vulnerable. He said the damage would have been significantly less if the derecho had occurred in the spring, before crops were tall enough to be caught by the wind.

“If you were looking to exert the most damage on corn crops when it comes to thunderstorms and heavy winds, when the derecho rolled through in August, it was the perfect time to do it,” Curtis said.

The U.S. Agriculture Department estimated that Iowa farmers will be unable to harvest at least 850,000 acres this fall because of the damage.

In Cedar Rapids alone, more than 1,000 housing units were deemed unlivable in the week after the storm, according to the Gazette. At least half of the trees in the city were destroyed or heavily damaged.

The derecho ripped huge holes in the tree canopy above a number of Iowa towns and cities, according to Emma Hanigan, an urban forester with the state’s Department of Natural Resources told the Washington Post.

The toll will only worsen over the coming months, as the wounds left by torn limbs allow pests and pathogens such as oak wilt to infect damaged trees.

“It takes so long to regain that tree cover,” Hannigan told The Post. “We’re going to see impacts 30 years from now from this storm.”

The report is still assessing costs for the Western wildfires that burned California, Oregon and Washington this fall, as well as the summer-fall Western/Central drought and Hurricane Sally from last month.