What we know, and what we don’t, about Trump’s diagnosis 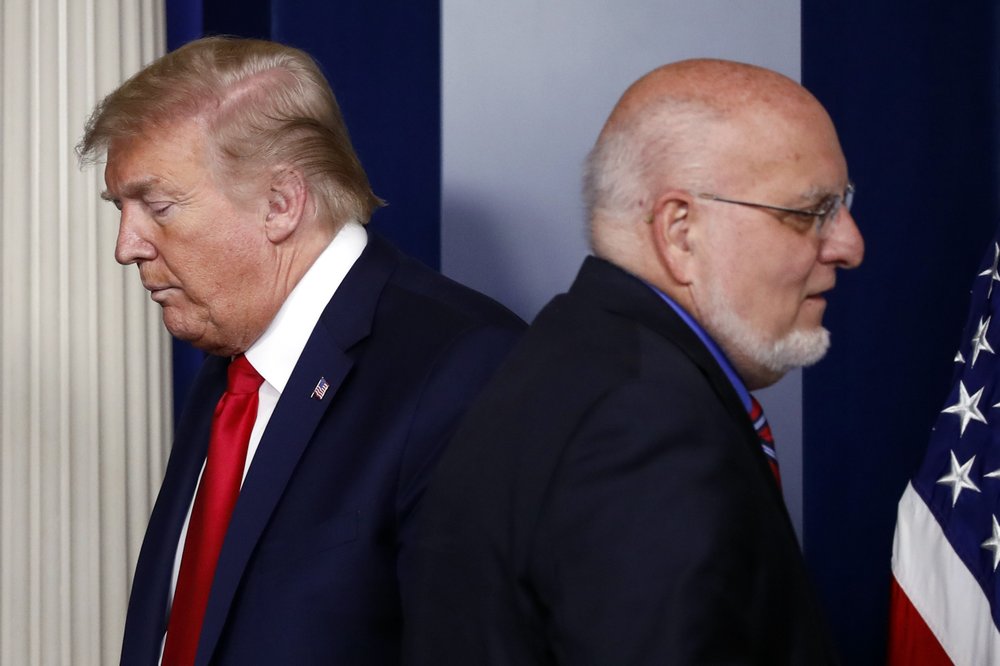 NEW YORK (AP) — The Trump White House has installed two political operatives at the nation’s top public health agency to try to control the information it releases about the coronavirus pandemic as the administration seeks to paint a positive outlook, sometimes at odds with the scientific evidence.

The two appointees assigned to the Centers for Disease Control and Prevention’s Atlanta headquarters in June have no public health background.

They have instead been tasked with keeping an eye on Dr. Robert Redfield, the agency director, as well as scientists, according to a half-dozen CDC and administration officials who spoke to The Associated Press on the condition of anonymity to discuss internal government affairs.

The appointments were part of a push to get more “politicals” into the CDC to help control messaging after a handful of leaks were “upsetting the apple cart,” said an administration official.

When the two appointees showed up in Atlanta, their roles were a mystery to senior CDC staff, the people said.

They had not even been assigned offices. Eventually one, Nina Witkofsky, became acting chief of staff, an influential role as Redfield’s right hand. The other, her deputy Chester “Trey” Moeller, also began sitting in on scientific meetings, the sources said.