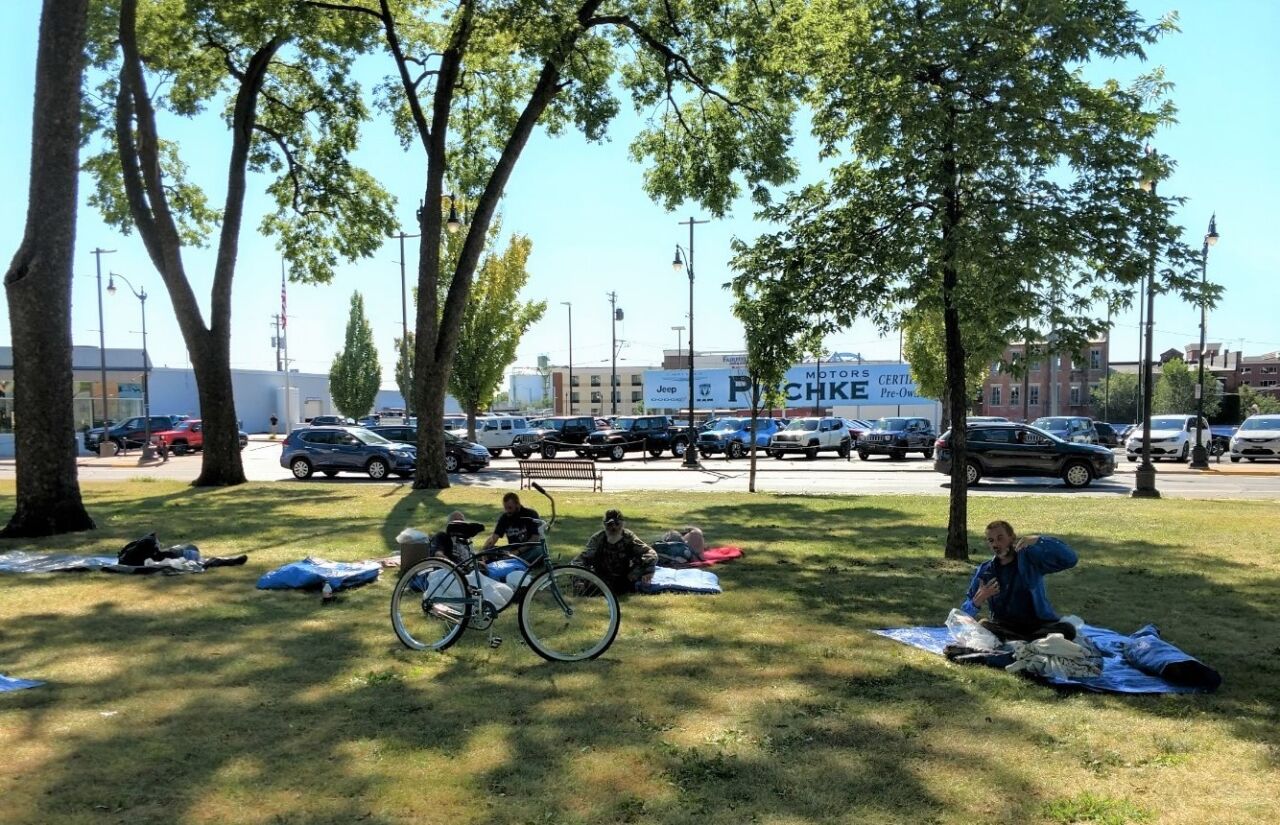 A group of homeless people camped out at Cameron Park in La Crosse.

They’ve got big ideas, a couple of area nurses.

Step one, however, they hope their first event is a big success.

It’s called Hearts in the Park. An event from 11 a.m. to 2 p.m. Tuesday to help La Crosse’s homeless population that takes place at the Salvation Army of La Crosse (map).

Multiple groups have volunteered services. So many, in fact, the nurses are making more plans already.

“We couldn’t even house it all at one time,” Amanda Mullally, a local nurse who helped organize the event, said Monday on La Crosse Talk PM. “So, our plan is to either do, at least twice a year, have a really large event like this.

“There’s so many ways to give back, and there were more ideas than we could actually have at this one event.”

The nurses were inspired by recent articles that have chronicled some of the homeless dilemmas recently. In two weeks time, they got groups to provide haircuts, foot care, wound care, as well as drug and alcohol counselors and more.

“It wasn’t really hard to pull in people, once we started discussing it and got the word out, that this is an event that we wanted to promote and make happen,” Mullally said. “A lot of people volunteered, and then from that, they would suggest a name, we would reach out to them, then they were on board and you would just kind of keep going and find a lot of resources that way.”

For anyone who wishes to donate winter supplies (coats, hats, socks), hygiene care or money, there will be a drive-thru area to do that.

On top of what they hope will be multiple large events like Tuesday, Mullally said they hope to supplement those with smaller drives for things like blankets, coats or food.