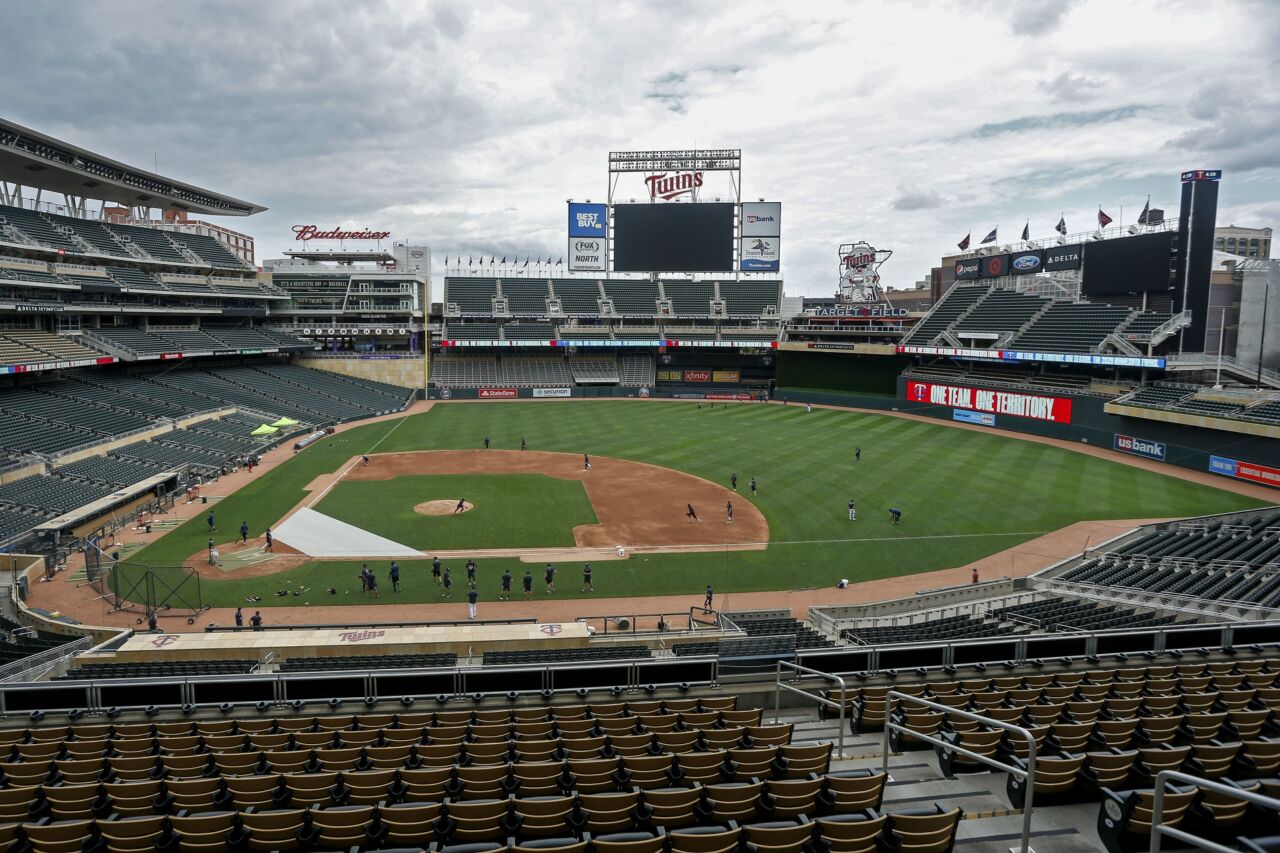 MINNEAPOLIS — Milwaukee Brewers fans in Minnesota appear to be more dedicated than their Twins counterparts.

Sure, it’s a pandemic and there can be no fans in attendance … at the stadium, but nobody said anything about spying a game from the top of a parking ramp — on a man lift.

With the Brewers playing at Minnesota on Tuesday, brothers Pete and Jan Zlebek rented a man-lift, brought it to the top of the B Ramp adjacent to Target Field and up they went.

A few innings into the game, the two were “ejected,” the Star Tribune reports, though doesn’t say which umpire pointed at them from way out beyond center field and gave them the ‘You’re outta here!’

The 30-year-old Pete Zlebek told the news outlet, he remembered being able to see the field pretty clearly from the ramp.

“I wanted to get pretty high, so I found a reasonable lift rental that was movable by two people,” he told the Trubne. “That’s when I recruited my brother to help out.”

Both brothers live in Minneapolis and loaded up the man-lift in their truck, and drove over to the parking ramp and set it up.

Of course it was a couple of crafty Brewers fans residing in Minneapolis that did this and not the other way around. Though, it would have to be a pretty humongous man-lift to get a good view from beyond Miller Park … and the dome would have to be open.