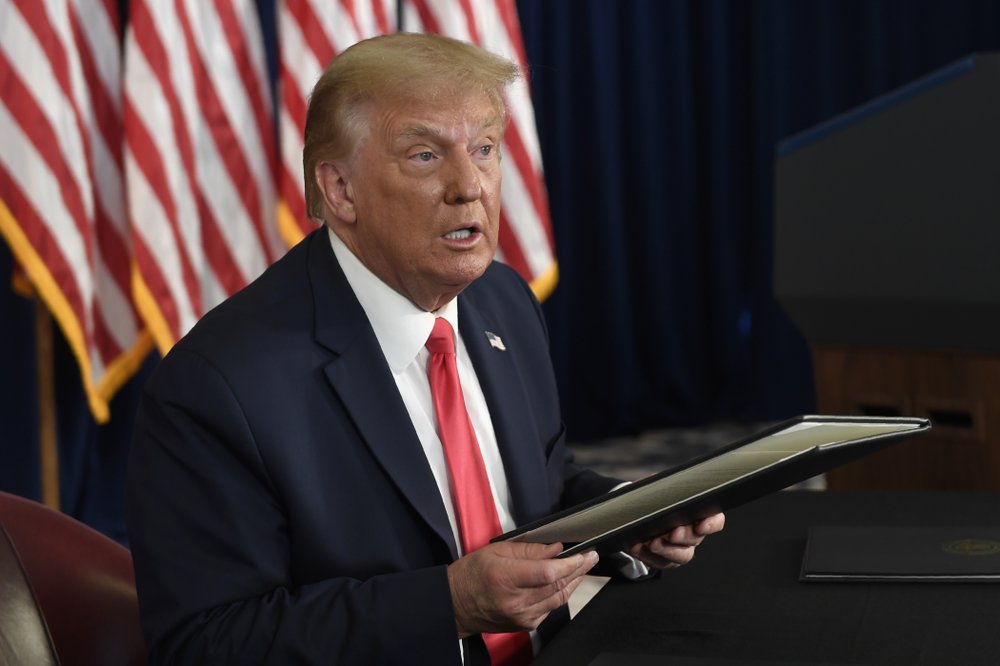 Keeping the unemployment order in place could be another big hit to a state budget that already has been subject to more than $300 million in cuts with more expected, Democrats said.

“We just need the president to negotiate with Congress to do this right,” Democratic U.S. Rep. Mark Pocan told The Associated Press in an interview Monday. “We need something in place to provide certainty.”

Trump announced an executive order Saturday that extends additional unemployment payments of $400 a week to help cushion the economic fallout of the pandemic. Congress had approved payments of $600 a week at the outset of the coronavirus outbreak, but those benefits expired Aug. 1 and Congress has been unable to agree on an extension. Many Republicans have expressed concern that a $600 weekly benefit, on top of existing state benefits, gives people an incentive to stay unemployed.

Republicans largely supported Trump’s move, saying it was a necessary step in reaction to Democratic obstruction.

“President Trump’s executive orders redirect and repurpose previously authorized money to provide financial support to Americans who need it — which is what I have been advising,” Republican U.S. Sen. Ron Johnson said.

“It is time to end the partisan games and get to work,” Steil said.

“It remains to be seen what Congress’ role will be moving forward,” Grothman said.

Gov. Tony Evers, a Democrat, said Trump’s action “only created more uncertainty and confusion for folks across our state and our country that need help.” Democratic U.S. Sen. Tammy Baldwin accused Trump of “offering more executive chaos.” Both she and Evers called on Trump to work with Congress to reach a bipartisan deal.

Pocan said given questions over the legality of Trump’s order, the financial burden it puts on states, and the lack of funding for other key areas of need, his action was “not a real solution.”

“There’s all kind of questions,” Pocan said. “It’s one thing to golf all day and sign a document. It’s another to do it in a way that’s acceptable.”

Republican legislative leaders, Assembly Speaker Robin Vos and Senate Majority Leader Scott Fitzgerald, also did not respond to questions about whether they backed Trump’s order and what impact it would have on the state budget.

“Once again, he wants to put the burden on already strapped state governments,” she said.

Evers’ administration earlier this year projected a potential $2 billion budget shortfall due to the pandemic. In July, Evers ordered a $250 million cut to state government for the current fiscal year, a move that came three months after he made $70 million in cuts. State lawmakers are bracing for even deeper cuts to come as the pandemic continues.

Curt Witynski, deputy executive director of the League of Wisconsin Municipalities, said he hoped the Trump orders were just part of a “temporary impasse.”

“The fiscal cliff Wisconsin state and local governments face is substantial,” Witynski said. “Without robust and flexible federal aid to offset these lost revenues and ensure that the state can continue to invest in local governments through critical programs like shared revenue, municipalities will be forced to make significant budget cuts in 2021 and 2022.”