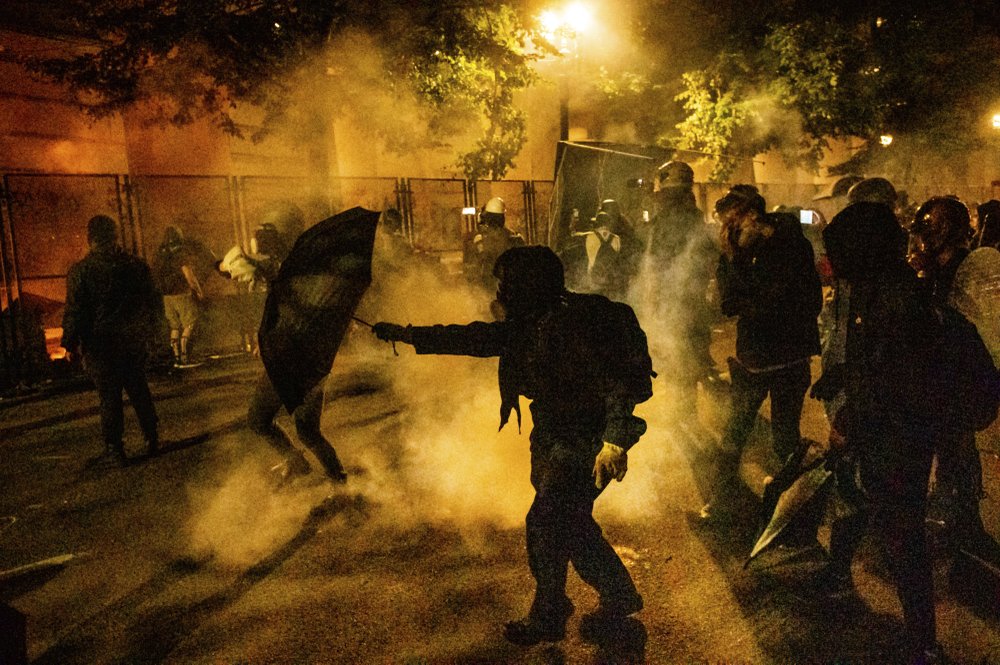 CHICAGO (AP) — President Donald Trump offered few details when he announced this week that the government will dispatch hundreds of extra federal agents to Chicago and Albuquerque, New Mexico, to fight an uptick in violent crime.

The absence of a clear, publicly available plan has left city leaders, residents and even federal agencies to speculate about exactly what will happen and when. Here’s a look at what’s known so far:

Q: WHAT DO TRUMP AND OTHER FEDERAL OFFICIALS SAY?

A: Trump said hundreds of agents will be drawn from the Justice Department, which includes the FBI, the Drug Enforcement Agency and the Bureau of Alcohol, Tobacco, Firearms and Explosives.

The number of agents involved is not clear. Attorney General Bill Barr suggested at one point that around 200 new agents could end up in Chicago.

A Justice Department press release said Chicago would receive 100 new federal investigators. It also said 100 officers from the U.S. Marshal’s Service and 100 from the Homeland Security Department would be reassigned to the Chicago portion of a crime-fighting effort known as Operation Legend, which was launched last month in Kansas City, Missouri. Many of those agents are already based in and around Chicago. The release said Albuquerque would get more than 25 new federal investigators.

On Thursday, the Justice Department said it also planned to send agents to Cleveland, Detroit and Milwaukee in coming weeks.

Q: IS THIS DEPLOYMENT SIMILAR TO THE ONE INVOLVING PORTLAND, OREGON?

A: It doesn’t seem so. Federal agents wearing camouflage without clear identification hit the streets in Portland to protect federal property amid demonstrations against police brutality. Some of the agents were accused of beating unarmed protesters, even throwing some into unmarked vehicles.

A: That’s not entirely clear. He said Wednesday he wanted to quell what he called “a shocking explosion of shootings, killings, murders and heinous crimes of violence.” He added: “This bloodshed will end.”

But he didn’t shy away from trying to score political points. He blamed Democrats who lead cities like Chicago and Albuquerque for the spikes in violence.

The federal intervention seems to be part of a campaign strategy to claim the mantle of law-and-order president. His administration last week also resumed federal executions after a 17-year hiatus, potentially providing Trump further grounds for the claim.

Democrats have accused the president of trying to distract attention from his handling of the coronavirus pandemic.

Q: WHERE WILL THE AGENTS COME FROM?

A: It’s not clear yet. But the number of agents and their agencies will be telling. If more agents come from the ATF, that suggests the government’s focus is on solving gun crimes. More agents from the DEA would indicate an emphasis on trafficking, cartels and drug-dealing street gangs.

It also isn’t clear how many agents will be assigned to U.S. attorney’s offices to help investigate gun crimes and gang conspiracies that underpin much of the violence.

Q: IS THIS PART OF AN EXISTING PROGRAM?

A: Yes. The Trump administration announced July 8 that it was sending more than 200 agents to Kansas City, Missouri, under Operation Legend, which was named after 4-year-old LeGend Taliferro, who was fatally shot while sleeping in a Kansas City apartment last month.

The agents in Kansas City were to investigate homicides, shootings and violent crime in cooperation with local law enforcement agencies, officials said.

“Operation Legend has no relationship whatsoever to protests, marches and demonstrations,” Don Ledford, spokesman for the U.S. attorney’s office for the western district of Missouri, said earlier this week.

Q: HAS THIS HAPPENED BEFORE?

A: Yes. For decades, administrations have dispatched extra federal agents to cities during surges of violence, natural disasters and other crises.

In December, the Trump administration launched a crime-fighting initiative called Operation Relentless Pursuit, which boosted federal resources for seven cities. It also committed more than $70 million in federal grants to hire new officers and purchase new equipment, among other things.

Q: WHAT’S THE DIFFERENCE THIS TIME?

A: An obvious difference is that agents are being sent during historic protests over police brutality. The deployments are also happening amid criticism that the Trump administration is already being too heavy handed.

If the administration dispatches hundreds of agents at a time, that is far greater than previous deployments.

In 2017, for instance, the administration dispatched around 20 extra ATF agents to Chicago to help address gun violence months after the president tweeted that, “If Chicago doesn’t fix the horrible ‘carnage’ going on … I will send in the Feds!” The new agents joined around 35 ATF agents already based in the city.

Q: IS TRUMP RIGHT THAT VIOLENT CRIME IS OUT OF CONTROL?

A: It’s true that violent crime has jumped in some cities in the wake of protests and as stay-at-home orders eased. Chicago’s homicide rate is up 51%, with 414 killings this year compared to 275 over the same period last year, according to police department data.

But crime overall is down in most U.S. cities. In Chicago, criminal sexual assaults have fallen 19% and thefts 26% so far this year compared to the same period last year.

Q: HOW HAVE CITIES REACTED?

But since this week’s announcement about sending additional federal agents, she’s struck a cautiously optimistic chord, saying she was encouraged that the U.S. attorney’s office would supervise at least some of the agents.

If those agents work in partnership with existing federal efforts to curb violence, “not trying to play police in our streets, then that’s something different,” she said.

She also said that if there are “steps out of line,” she will “take the president to court.”